Word of the Day:Umami
A loanword from the Japanese (うま味), umami can be translated as "pleasant savory taste"
Peanut butter and jelly, tomatoes and garlic, oil and vinegar. We can all name foods that go together. We learn about food pairings throughout our lives when we are given food combinations at our meals. Foods have flavor profiles which are like classification systems for tastes. Flavor and taste are actually scientific processes. Foods contain flavor compounds and aromas so foods that have similar flavor compounds, such as vanilla and basil  work well together.

Taste is a different thing. Taste is about our sensations and the texture of different molecules on our palates. So far we have 6 tastes that have been identified and located on our palates – salty, sweet, acidic, fat, bitterness and umami. Taste pairing is all about balancing these tastes. Here are some interesting flavor combinations you may or may not know but should definitely try.
1. Olive and Orange
You may know that olives pair well with tomatoes, lemon, artichokes and onions, but did you know olives also pair with oranges? The olive-orange combination is frequently seen in Italian, Spanish and Mediterranean dishes.

2. Orange, Soy Sauce and BBQ Sauce
The sweetness of orange pairs beautifully with soy sauce which is salty and filled with umami.  Orange is also a delicious flavor to add to spicy barbecue sauce.


3. Apple and Onion
You might think apples and onions are as different from each other as…well, apples and oranges, but these two flavors pair together well. The sweet apples balance the pungent onions for a savory flavor with a hint of sweetness.

4. Berry and Balsamic Vinegar
Savory balsamic vinegar brings out the beautiful color of berries, while enhancing their sweet flavor.

Combine the two by macerating strawberries or any berries you love with balsamic vinegar. In a large bowl, mix together 4 cups of sliced or halved strawberries, 2 Tbs. sugar and 1 Tb. balsamic vinegar. Toss it all together and let the strawberries sit at room temperature until they release their juices, about 30 minutes. You want them softer but not mushy. When serving, garnish the berries with 10 thinly sliced basil leaves. Eat as is or serve the berries inside sweet crepes or over pound cake, ice cream or waffles.


5. Curry and Banana
Curries often have some type of fruit in them such as mango. The sweetness of the fruit or even a sweet veggie like butternut squash balances the spice of the curry.

6. Beet and Cumin
An interesting  flavor combo is cumin and beets. The warm, savory flavor of cumin pairs well with the earthy, sweetness of the beets.

The next time you roast beets, try this combo as in my Cumin-Roasted Beets: wash beets and trim the ends. Toss the beets with olive oil, ground cumin, a pinch of cinnamon and kosher salt. Wrap the beets in foil and place on a baking sheet. Roast the beets at 375 degrees for one hour or until they are fork-tender. Allow them to cool before unwrapping the beets and slicing them


7. Chocolate and Chile
Some think chiles and chocolate is a match made in heaven. The chiles add spice to the sweet chocolate but chocolate and chiles also have some common flavors. Some chocolates have a smoky character and pair well with smoky chiles like chipotle. Brighter, fruity chiles such as Fresno chiles can lighten up a deep, dark chocolate. Chiles and chocolate both tend to be rich in flavor and together, they form a more complex, layered flavor.

8. Beet and Chocolate
Beets also pair well with chocolate. Since beets are sweet, they work well in desserts and bring some earthiness to the dish. Not only do beets add sweetness, they add color, so they are a natural food coloring to make pink, red and red velvet desserts.

9. Strawberry and Tomato
It’s probably not a big surprise that these two foods would go well together. Technically, they are both fruits and they are the same color. The tomato brings acidity to the sweet strawberry for a delicious balance of taste.
Make a simple and refreshing Strawberry and Tomato Salad: combine 1 ½ cups chopped strawberries, ½ lb. of quartered heirloom or cherry tomatoes, 1/3 cup chopped fresh basil, 1 tsp. dried oregano, kosher salt and black pepper to taste and the zest of one small lemon. Add some small pieces of vegan mozzarella and squeeze a bit of lemon juice on top, i

10. Pumpkin and Apple
A food pairing that I love to use when autumn comes is pumpkin and apple. In this case, the vegetable is actually sweeter than the fruit. The apple adds tartness and acidity while the pumpkin is sweet and creamy. These two tastes are further enhanced by spices like curry powder, ginger and sage. 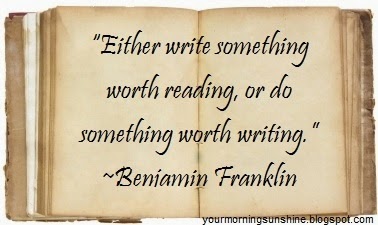 Benjamin Franklin (January 17, 1706- April 17, 1790) was one of the Founding Fathers of the United States.
Franklin has one of the most impressive resumes in American history. Consider these achievements:
His colorful life and legacy of scientific and political achievement, and status as one of America's most influential Founding Fathers, have seen Franklin honored on coinage and the $100. bill, warships, the names of many towns,  counties; educational institutions; corporations; and, more than two centuries after his death, countless cultural references.


WHEW! what a list! So as one of my best offerings for the birthday celebration how about
Mexican Chocolate Ice-Cream Pie-its decadent but oh, so good.
you can find the recipe at
http://sockfairies.blogspot.com/search?q=+mexican+chocolate+ice+cream+pie 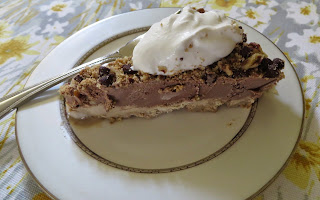