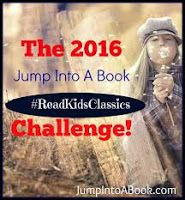 November "Tuck Everlasting"
http://sockfairies.blogspot.com/2016/11/read-kids-classics.html
and now ending 2016 ReadKidsClassic Challenge with "The Lion, The Witch and The Wardrobe." 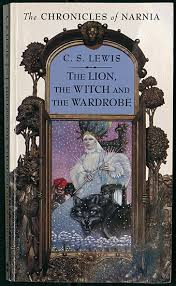 It is the second book in the series "Chronicles of Narnia." 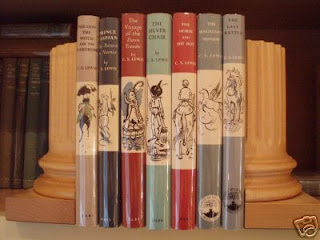 "Chronicles of Narnia" were written by C.S. Lewis also known as Clive Staples Lewis. He was a British novelist, poet, academic, medievalist, literary critic, essayist, lay theologian, broadcaster, lecturer, and Christian apologist. He held academic positions at both Oxford University and Cambridge University. He is best known for his fictional work, especially "The Screwtape Letters" "Chronicles  of Narnia" and "The Space Trilogy" and for his non-fiction Christian apologetics.

November 29, 1898 – November 22, 1963
Lewis and fellow novelist R.R. Tolkien were close friends. They both served on the English faculty at Oxford University, and were active in the informal Oxford literary group known as the Inklings.

"The Lion, the Witch and the Wardrobe"a fantasy novel was published in 1950. It's the best known of the seven novels in "Chronicles of Narnia."

Some interesting trivia backstory  is that the book was inspired by three girls Margaret, Mary, and Katherine, who were evacuated from London in 1939 because of anticipated bombings and sent to live with Lewis in the countryside for a short time. This real life situation seemed to be the inspiration for the four children—Susan, Peter, Edmund, and Lucy—being sent to live with the old Professor in the book.
It took Lewis 10 years to write the book starting in 1939 and finishing in 1949. He felt the story was floundering until he invented Aslan the Lion.

Most of the novel is set in Narnia, a land of talking animals, mythical creatures and a White Witch who has ruled for 100 years of deep winter. The story begins with four English children who are relocated to a large, old country house following a wartime evacuation. The youngest Lucy visits Narnia three times via the magic of a wardrobe in a spare room. All four children are together on her third visit, which verifies her fantastic claims and comprises the rest of the chapters. In Narnia, the siblings seem fit to fulfill an old prophecy and are soon adventuring both to save Narnia and their lives. Lewis wrote the book for and dedicated it to, his goddaughter Lucy Barfield who was the daughter of his dear friend Owen Barfield.

Rereading a children's classic as an adult gives a whole new perspective and appreciation for timeless well written stories. I have reread the "Lion, Witch and the Wardrobe well over a dozen times as a classroom teacher. It is one story that never gets old and I always find something new and magical when entering the enchanted land of Narnia. Here we read about great betrayal but also explore the tiny details that lead over time to that betrayal. We also see what redemption can look like – the kind of sacrifice and the type of forgiveness necessary to recover from deceit and disloyalty.

I picked the perfect time to reread during the week of Christmas since in the story Father Christmas makes an appearance in the second half story as the White Witch's magic begins to lose its strength. He brings gifts to each of the four children that will help then overthrow the White Witch's regime and fulfill the prophecy taking their rightful places on the throne at Cair Paravel.

The Lion, the Witch and the Wardrobe is pretty symbolic, but not so hard to understand. I was struck by the symbolism and parallels to basic Christianity. Some readers have labeled the story a Christian allegory since Christian themes in the story are overt. Aslan, as a stand-in for  Christ, allows himself to be sacrificed by the evil White Witch and is then resurrected, which brings salvation to Narnia. This follows Christ’s death on the cross and his resurrection three days later. But this is something only the reader can decide for himself or herself if the story is intended to really be a Christian allegory. It has been a much debated point.

I did like the role Aslan plays in this book because I think the ultimate sacrifice that he chooses to make shows how innately good he is. Incidentally, Aslan means "lion" in Turkish. There were four kids on a mission. Not only do they have to fight the wicked witch who froze the kingdom into the winter, but they have to conquer their fears and become the persons the kingdom wants in the end.

The book was an easy read for me and is one of those kinds of stories that you can never grow too old for. I really liked the line C.S. Lewis wrote in his dedication to Lucy, when he said, “Someday you will be old enough to start reading fairy tales again. You can then take it down from some upper shelf, dust it, and tell me what you think of it.”

There should therefore be a time in adult life devoted to revisiting the most important books of our youth. Even if the books have remained the same (though they do change, in the light of an altered historical perspective), we have most certainly changed, and our encounter will be an entirely new thing.When you read the classics, you’re reading books that have had a pivotal role in shaping the way we read and write today. You’ll see how the classics contributed to their style, subject, and themes to literature. Classics are the milestones of our literary traditions.

Enrichment Activities
1. There are many published links that include questions, answers, study guides, lesson plans and enrichment activities for "The Lion, The Witch and The Wardrobe." Here are a few
http://www.gradesaver.com/the-lion-the-witch-and-the-wardrobe/q-and-ahttp://www.funtrivia.com/en/ForChildren/Lion-the-Witch-and-the-Wardrobe-13655.htmlhttps://www.enotes.com/homework-help/topic/lion-witch 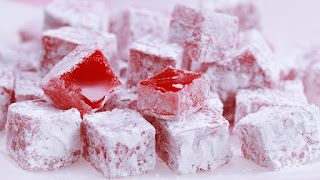 2. Turkish delight is an old sweet, dating back to the 18th century. You may be familiar with it through the character Edmund in the novel "The Lion, the Witch and the Wardrobe." In the story, Edmund betrays his family for magical Turkish delight. This candy is traditionally flavored with rosewater, giving it a perfumed taste.
An easy recipe to try http://allrecipes.com/recipe/95277/turkish-delight/

So in ending ReadKidsClassic Challenge I'd like to say 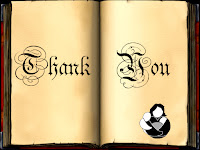 to Valarie and her team at Jump Into A Book 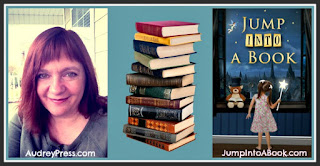 for inspiring me to take a second look and reread children's classics.