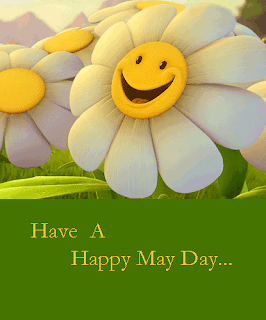 One of the many special memories growing up was celebrating May Day with a basket.
A May Basket is a flower-filled basket given out as gifts by adults and children in the tradition of the ancient Roman and Druid holiday of May Day.

May Day which is May 1st is a centuries-long celebration of spring turning into the pleasures of summer. May Day baskets can be given to friends and family, as well as to elderly neighbors or care facilities.

Perhaps you recall making a basket, setting it on your neighbor's doorstep or hung it from the front doorknob, ringing the bell and running like crazy so no one knew it was you leaving it.
In school we'd weave strips of construction paper to create a basket. We'd add tissue paper flowers, candy and packet of seeds.
Several years later I worked at a school where we would make up May Day baskets to distribute in the neighborhood. Each basket included a cheery note to brighten someone's day. The baskets were hung on front doorknobs or set out on the front steps.

This came to me yesterday from a friend who knows how much I enjoy the day. 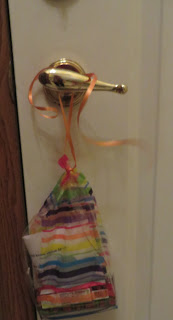 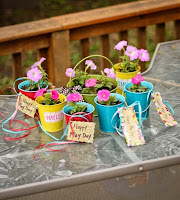 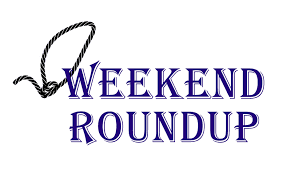 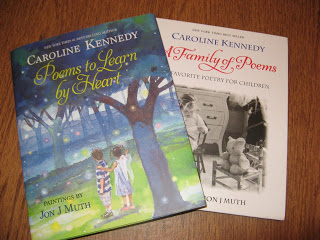 April Poetry Month may have ended but the importance of reading and sharing poems hopefully will continue throughout the year. These two poetry anthologies by Caroline Kennedy get my highest recommendation.  Truly great family gifts to treasure.  She collaborated with Jon Muth on both books. His exquisite rich watercolors complement each poem. 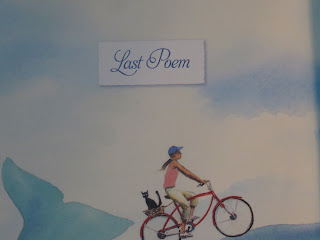 Once upon a time
I caught a little rhyme

Then it grew into a kite
and flew far out of sight ...

and rounding out the weekend with Bella's latest posting from WWN
http://www.wwnrockport.com/2017/04/the-world-according-to-bella-some.html
at May 01, 2017