Love on the Misty Isles 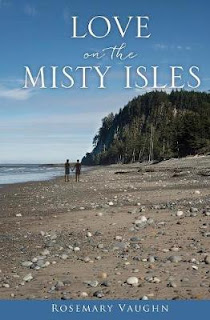 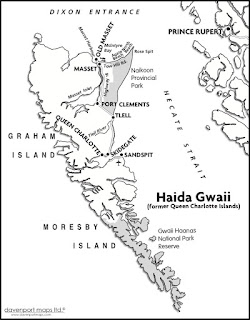 Area Map produced by Davenport Maps 2017
“Love on the Misty Isles” is set on the former Queen Charlotte Islands, now officially known as Haida Gwaii, meaning “islands of the people.” Haida Gwaii is a unique corner of the world off the northwest coast of British Columbia with its rugged, pristine beauty, culture and the art of the Haida First Nation.

The romance novel is in three parts, each with its own plot and main characters, but comes together as a whole through the intertwining lives of the characters. Their stories cross cultures, generations, and sometimes borders. The time frame covers approximately ten years beginning in mid-1990’s with some flash backs to 1970’s and 1980’s. 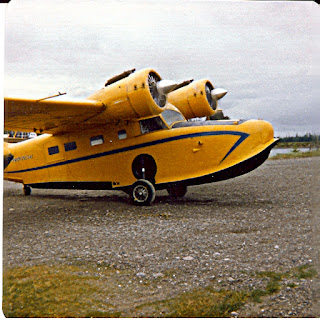 The Goose (Libby's arrival to the island with pilot Conner Ferguson)
Libby Campbell flees the Canadian prairies and a lost love to teach high school on the remote Queen Charlotte Island. As the story develops Libby’s circle of close friends enlarge with Aimee Parker, Maggie Davis and Dr. Shirlee owner of Books’n’Brew bookstore and coffee shop. The store becomes their mainstay for sharing confidences, school and life experiences. With the appearance of Conner Ferguson readers hope Libby will take a second chance at love.

A story switch to Dr. Shirlee, the voice of common sense and intellect all rolled up into one, the mystery of why a college educated professor is running a coffee shop and second hand bookstore develops. A chance encounter with a lost love of many years ago Deacon Cross, a famous hockey player, figures predominately into Dr. Shirlee’s story. 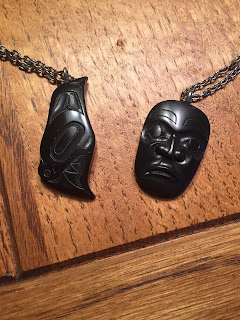 Willow Shaw, emerges into the story as a local expert on Haida culture. She owns a gift shop where she sells and promotes Haida art. Willow also becomes a great resource for Libby who is implementing a research heritage project with her high school students from the Haida village. Wounded deeply by past disastrous experiences with love, Willow has vowed to never love or trust again. Readers will find out if Corbin will be able to win over this raven hair beauty.

As the back story of these main characters developed I found the intertwining of their stories engaging. I particularly liked how skillful the author was weaving historical facts about Haida culture throughout the story. As a reader I gained more insight into their culture, art history and revitalization efforts being made today with their ever evolving economy. 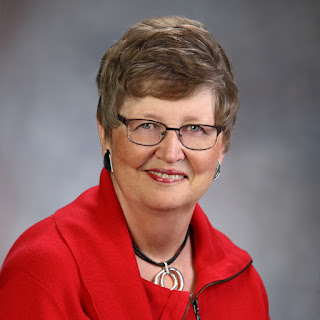 Rosemary Vaughn, author, was raised on the Canadian prairies. She immigrated with her family to the northern plains of the United States in the mid 1970’s. She is a former English teacher and Professor of Teacher Education. Now retired, she has resumed her interest in creative writing and recently released her debut novel, “Love on the Misty Isles”, her first foray into fiction. Vaughn’s unique two year living experience on the semi-isolated Queen Charlotte Islands provided fertile ground and authenticity for this debut novel.

From her summer lake cabin in Minnesota and her winter retreat in Florida, Vaughn continues to develop her interest and hone her creative writing skills.

Vaughn is looking forward to an upcoming July trip back to Haida Gwaii after some 40 years. Check out her website for more information about the author, future speaking dates to groups and book clubs where Vaughn plans to share local Haida Gwaii artwork and slides that compliment her book setting www.rosemaryvaughn.com
“Love on the Misty Isles” is available in paperback and ebook format on Amazon.com and BarnesandNoble.com. It’s also available in paperback at BooksAMillion.com. Canadian readers can order the book online at Amazon.ca and Indigo.ca. It will also be available for most other e-readers such as iBooks. Paperback copies can also be ordered and purchased through local bookstores that order books from the distributor Ingram. All formats are available for order through the link on this web page. For eBooks, note the Mobi version is for Kindle, and the Epub format is for all other ebooks.

Meet Rosemary Vaughn August 12th at Northwoods Art and Book Festival in Hackensack, MN.  She will be book signing along with 35 other authors. Hope to see you there.