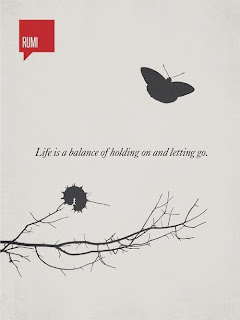 Rumi's quotes and poetry are popular and I see his name frequently referenced. I did some searching and found out that...

Rumi, more formally called Mawlana Jala ad-Din Muhammad Rumi, is one of the most influential Persian poets of the 13th century. His work is celebrated not only by the Sufism it inspires but also by most in the Muslim world. His poetry also transcends his Persian roots and is recognized as both spiritual and beautiful writing by many people of many different religions throughout the rest of the world.

Rumi is frequently associated with Sufism and with the Mevlevi Order, known to most of the world as Whirling Dervishes. He espoused that God should be celebrated through poetry, song and dancing. The Sufis often believe that Rumi’s writing is only succeeded in importance by the Qur’an. From a literary standpoint, the poetry of Rumi is considered as the most influential Persian poetry and his influence can be shown in the many great Persian poets who followed him.

The poetry of Rumi has been compared to the book of Psalms and to the Song of Solomon. He writes as the lover of God, attempting to reconcile how distance has come between himself and God. His poems can be read merely as love poems, but they must also be considered as symbolic of the relationship of man to the divine. 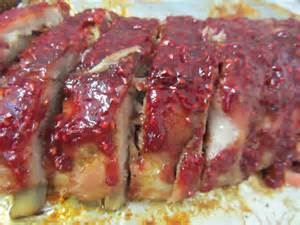 Raspberry Barbecue Ribs
Cook's notes: This sauce is quite flavorful served over pork loin, pork chops and chicken. The recipe was adapted from Taste of Home. Sauce may have to be doubled depending on how much meat is being grilled. This sauce serves 2. If doubling do not increase garlic cloves 3 is plenty. The garlic should not overwhelm the sauce.
Ingredients:
Directions: