Looking Through The Lens

Percy Bysshe Shelley
Aug 4, 1792- July 8, 1882
Shelley was one of the major English Romantic poets. He is regarded by many critics as one of the finest lyrical poets in the English language.  Shelley's poetry was considered radical as well as his political and social views. The Cloud is one of his lesser known poems but I found it fitting for this photo. 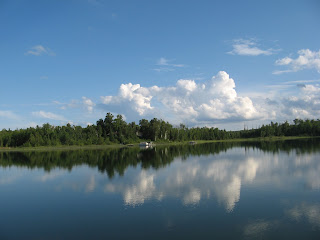 THE CLOUD I bring fresh showers for the thirsting flowers,
From the seas and the streams;
I bear light shade for the leaves when laid
In their noonday dreams.
From my wings are shaken the dews that waken
The sweet birds every one,
When rocked to rest on their mother's breast,
As she dances about the sun,
I wield the flail of the lashing hail,
And whiten the green plains under;
And then again I dissolve it in rain,
And laugh as I pass in thunder. 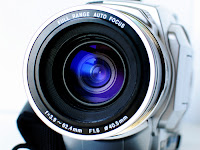 The lens of a camera brings distant scenes into closer view especially when using a better zoom. Recently I upgraded and the new camera has a zoom of 20. I did some "field testing" and here is what I saw. What a difference going from 8 X to 20 X makes! 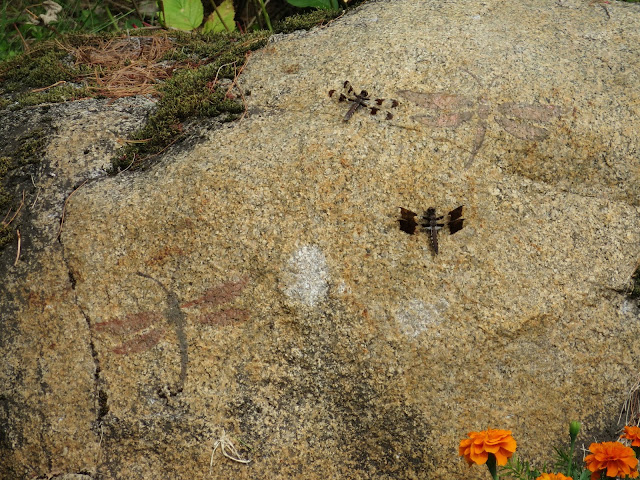 This photo was an interesting experiment to see how close the lens could zoom in before the real dragonflies flew off. If you look closely you can see the two dragonflies I had stenciled on this rock some ten years ago. When I saw two different real dragonflies resting on the rock I could not resist capturing this picture.

Lake beauty at its finest. 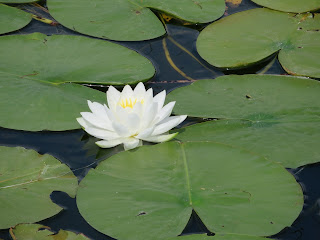 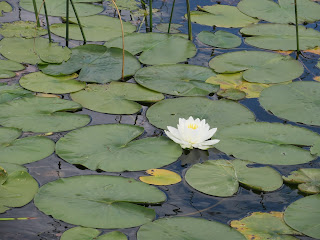 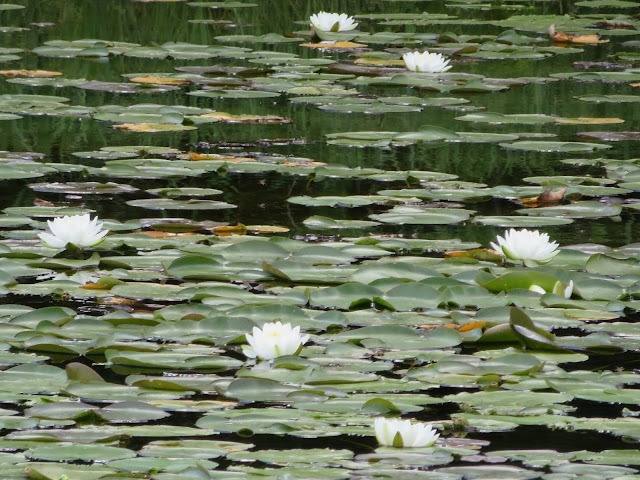 These pictures below proved more challenging to take. The camera worked fine, but it was Bella who interfered. Each time she spied a loon her barking and jumping around caused the loons to dive under the water and I had a hard time holding the camera still with all the commotion. It took some 15 pictures just to get some good closeups.

A mother loon with her baby 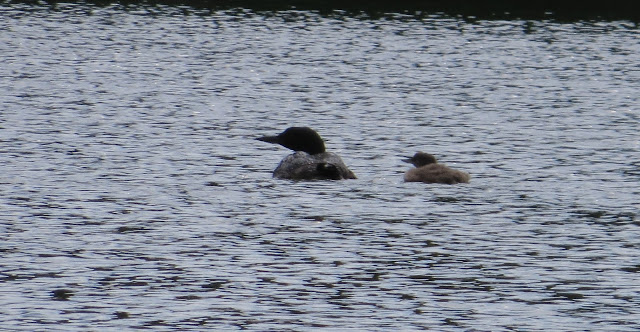 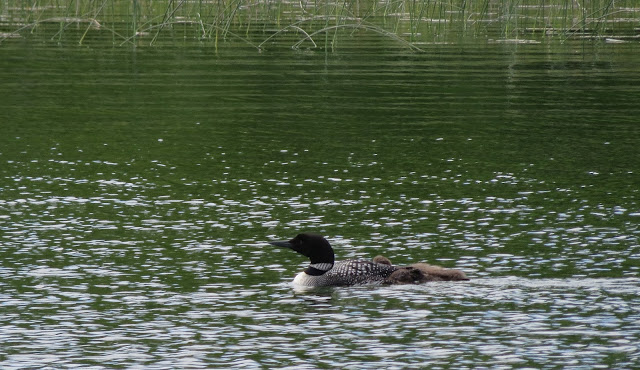 This week will put the camera to another test with food photos.