It's A Wrap for Weekend Round-Up 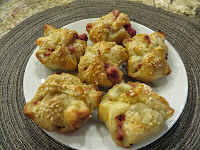 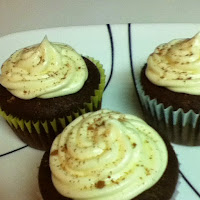 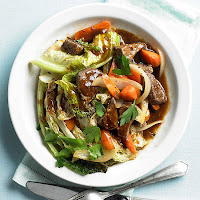 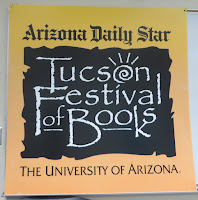 Ladies of the Canyons is the true story of remarkable women who left the security and comforts of genteel Victorian society and journeyed to the American Southwest in search of a wider view of themselves and others. 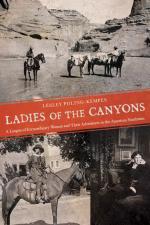 Anyone who has ever stared down a charging bull will understand why Louise Larocque Serpa adamantly and frequently uttered the adage that became her motto: “Never don’t pay attention.”
With her nose buried in the dirt and her eye to a camera, Serpa was the first woman permitted by the Rodeo Cowboys Association to venture inside the arena and shoot rodeo action. She photographed every Tucson rodeo from 1963 through 2011.

Native American Perspectives
"Indian Resilience and Rebuilding" by Donald Fixico provides an Indigenous view of the last one-hundred years of Native history and guides readers through a century of achievements. It examines the progress that Indians have accomplished in rebuilding their nations in the 20th century, revealing how Native communities adapted to the cultural and economic pressures in modern America.

Award winning new books for children from The National Council of Teachers of English
Charlotte Huck Award for Outstanding Fiction
Check out the complete list with this link
http://www.ncte.org/press/2016-childrens-book-award
A few noteworthy titles
"Revolution" by Deborah Wiles (middle grade)
It's 1964, and Sunny's town is being invaded. Or at least that's what the adults of Greenwood, Mississippi are saying. All Sunny knows is that people from up north are coming to help people register to vote. They're calling it Freedom Summer.


"The Meaning of Maggie" by Megan Jean Sovern (middle grade)
Eleven years old. The beginning of everything!
For Maggie Mayfield, turning eleven means she's one year closer to college. One year closer to voting. And one year closer to getting a tattoo. It's time for her to pull herself up by her bootstraps (the family motto) and think about more than after school snacks and why her older sisters are too hot for their own good.

"The Crossover" by Kwame Alexander (middle school and up)
"With a bolt of lightning on my kicks . . .The court is SIZZLING. My sweat is DRIZZLING. Stop all that quivering. Cuz tonight I'm delivering," announces dread-locked, 12-year old Josh Bell. He and his twin brother Jordan are awesome on the court. But Josh has more than basketball in his blood, he's got mad beats, too, that tell his family's story in verse, in this fast and furious middle grade novel of family and brotherhood.


2016 winner "Stella" by Sharon Draper (middle school)When the Ku Klux Klan's unwelcome reappearance rattles Stella's segregated southern town, bravery battles prejudice in this Depression-era tour de force from Sharon Draper, the New York Times bestselling author of Out of My Mind. Stella lives in the segregated South; in Bumblebee, North Carolina, to be exact about it. Some stores she can go into. Some stores she can't

"The Most Magnificent Thing" by Ashley Spires (invention and creativity) K-3
A charming picture book about an unnamed girl and her very best friend, who happens to be a dog. The girl has a wonderful idea. She is going to make the most MAGNIFICENT thing! She knows just how it will look. She knows just how it will work. All she has to do is make it, and she makes things all the time. Easy-peasy!? But making her magnificent thing is anything but easy, and the girl tries and fails, repeatedly. Eventually, the girl gets really, really mad. She is so mad, in fact, that she quits. But after her dog convinces her to take a walk, she comes back to her project with renewed enthusiasm and manages to get it just right.

"Strictly No Elephants" by Lisa Mantchev K-3
When the local Pet Club won’t admit a boy’s tiny pet elephant, he finds a solution—one that involves all kinds of unusual animals in this sweet and adorable picture book. Today is Pet Club day. There will be cats and dogs and fish, but strictly no elephants are allowed. The Pet Club doesn’t understand that pets come in all shapes and sizes, just like friends. Now it is time for a boy and his tiny pet elephant to show them what it means to be a true friend. Imaginative and lyrical, this sweet story captures the magic of friendship and the joy of having a pet.

Picture Books That Inspire and Imagination and Creativity
"Red Chalk" by Iris van der Heide (picture book),
Sara is bored and nothing is going her way. None of the toys that she finds work right. Her imaginative trades lead her from one toy to the next, but it's her friends who are having all the fun. Eventually Sara sees that a creative mind is more important than the perfect toy, and sharing with friends is the best way to have fun.

"Daniel Finds A Poem" by Micha Archer (picture book)
Collage illustrations offer early readers an introduction to the beauty of poetry through the warmhearted relationships between a young boy and the friendly animals in his local park.

"The Crayon Box That Talked" by Shane DeRolpf (picture book)
Yellow hates Red, so does Green, and no one likes Orange! Can these crayons quit arguing and learn to cooperate? Shane DeRolf's deceptively simple poem celebrates the creation of harmony through diversity. In combination with Michael Letzig's vibrant illustrations, young readers will understand that when we all work together, the results are much more colorful and interesting.

"Two Mice" by Sergio Ruzzier
One house, two mice, three cookies . . . and the adventure begins. In gorgeously illustrated spreads and two-word phrases, this picture book takes two mice through their exciting and eventful day. Funny, lively, and easy to follow, the book offers the youngest readers the chance to count from one to three and back again. Sergio Ruzzier's illustrations display his signature quirky, colorful, and slightly surreal view of characters and settings, and the text is a minimalist gem. It's a perfect book to share one-on-one with a young child and a lovely lead-up to bedtime.

"Girl and The Bicycle" by Mark Pett
From the creator of The Boy and the Airplane, a touching wordless picture book about a little girl, a shiny bicycle, and the meaning of persistence—with an unexpected payoff.
A little girl sees a shiny new bicycle in the shop window. She hurries home to see if she has enough money in her piggy bank, but when she comes up short, she knocks on the doors of her neighbors, hoping to do their yardwork. They all turn her away except for a kindly old woman.

"Float" by Daniel Miyares
A boy's small paper boat and his large imagination fill the pages of this wordless picture book, a modern-day classic from the creator of Pardon Me! that includes endpaper instructions for building a boat of your own. A little boy takes a boat made of newspaper out for a rainy-day adventure. The boy and his boat dance in the downpour and play in the puddles, but when the boy sends his boat floating down a gutter stream, it quickly gets away from him. So of course the little boy goes on the hunt for his beloved boat, and when the rain lets up, he finds himself on a new adventure altogether.

"Let's Paint" by Gabriel Alborozo
Whether one drips, dots, daubs—or carefully dabs—there is a wonderful world of art waiting to be explored, and this exuberant book reassures all children that art is for them. Elegantly tipping its hat to famous artists and artistic techniques, it explains to young readers that from exquisitely detailed paintings to crazy kaleidoscopes of color, art is endlessly varied, and essential for everyone. Assuring children that there are no mistakes in art or correct way to make a painting, this book offers them the courage and inspiration to express their creativity. Let's paint!
at March 14, 2016