Food Term 'deconstruction'
When it comes to food, "deconstruction" — a riff on the term coined by French philosopher Jacques Derrida — it refers to the idea of breaking apart elements traditionally combined together to make a dish, and serving the items separately in a unique way.
An example would be 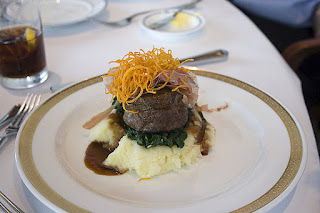 deconstructed beef stew where the beef, liquid, vegetables, and potato are isolated and served in an unconventional presentation.  Or it can be taking a dish apart and reforming it in a different way. 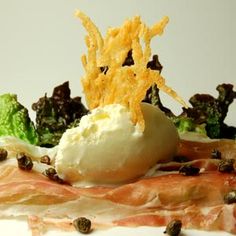 But often the cooking term is applied to a dish reformed using scientific methods like emulsifiers and foams and 'airs' and all sorts of weird textures. They break a meal down to it's 'core' and twist it around and make it different so you look at it in a new light. So a cheese is no longer cheese – it is a foam or a crisp something strange like that.

Today's post:Deconstructing a Recipe
Cook's notes: This is my take on deconstruction. I found this recipe on Pinterest Lemon Blueberry Layer Cake 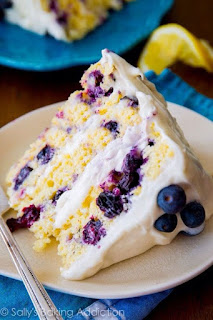 from http://sallysbakingaddiction.com/2014/02/09/lemon-blueberry-layer-cake/
The picture shows a luscious lemony, fluffy and creamy cake. In fact so good when I pinned it on my board recipes to try several people inquired if I had tried it. So always up for a cooking challenge I took up the task of deconstructing Sally's three pages of ingredients and directions to a manageable number to make this luscious looking cake.  In the process I found it necessary to streamline directions and make adaptations to cake but particularly for the frosting. While my efforts produced a lovely and very tasty cake (what's not to like about lemons and blueberries) it did not resemble the above Pinterest picture. 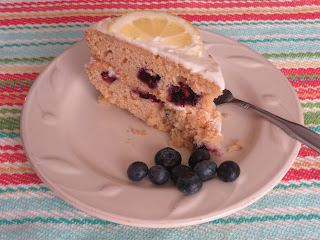 I decreased the amount of lemon juice and zest used in the cake recipe and the amount of cream cheese and butter used in the frosting from original recipe. I have yet to figure out how adding lemon juice and lemon zest to batter would produce almost a lemon curd look in the Pinterest cake picture. The batter was just the right amount for two cake pans rather than suggested three cake pans. Cooking tip: do not over measure your flour as it will result in heavy, dense textured crumb.
Lemon Blueberry Layer Cake
Cake Ingredients:
Frosting Ingredients:
Cake Directions:
Frosting Directions: