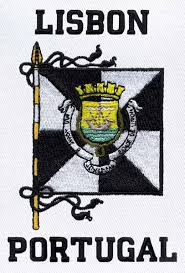 Lisbon or Lisboa as pronounced by the natives has been Portugal's capital since the 13th century and encompasses the area around the steepest hill, San Jorge. It was first settled by the Phoenicians in the 12th century BC. In AD 714, the Moors captured Lisbon and held it for the next 400 years.
Vasco da Gama set sail for India from Lisbon in 1497, and it became a center for successful voyages of discovery throughout the East and the new world for the next 300 years.The immense riches brought back by explorers ushered in a period of building and expansion. The city is steeped in much history and with the earthquake of 1755 followed a tsunami which caused the city to rebuild and become the flourishing capitol it is today.
The architecture is heavily influenced by the Moors, Romans and the Gothic and Baroque periods. 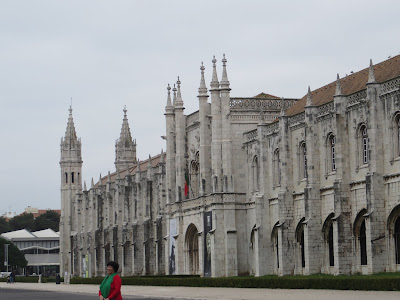 In Belem the historic section of town, a 16th century Church of Jeronimos Monastery
is located that contains Vasco da Gama's tomb. 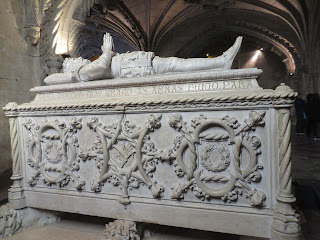 Lisboa is a city of a melting pot of cultures. Hordes of tourists with lots of traffic everywhere made navigating challenging .We were so happy to be on a tour with a local guide that got us to our destinations easily and had our tickets so we could avoid long lines to get into several popular attractions. 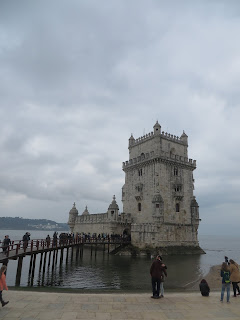 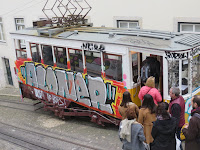 We took a streetcar (tram) to get some spectacular aerial views of the city. 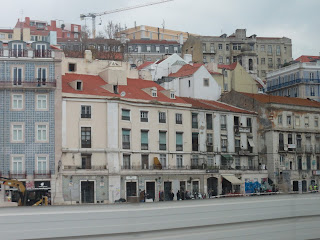 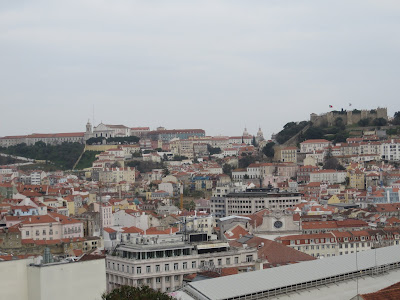 Visited several churches and cathedrals with splendid treasures and off the charts statues, glided altars, frescoes and paintings.  They all took my breath away. 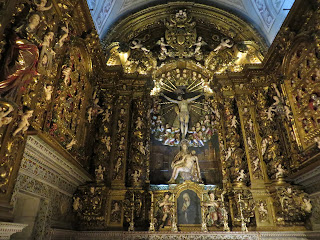 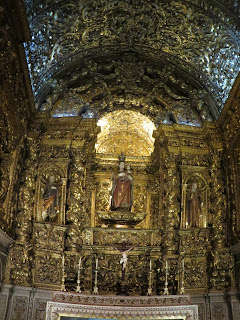 I was quite impressed with the Monument of Discoveries (a massive structure) which is located along the river where ships departed to explore and trade with India and the Orient. The monument celebrates the Portuguese Age of Discovery or Age of Exploration during the 15th and 16th centuries. 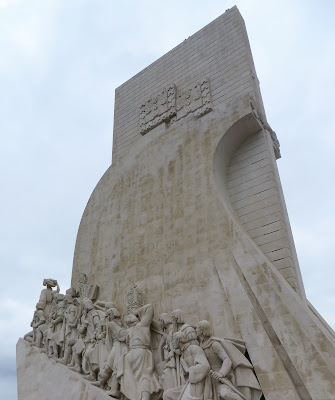 On either side of the slab are ramps that join at the river's edge, with the figure of Henry the Navigator on its edge. On either side of the monument along the ramp, are 16 figures (33 in total) representing figures from the Portuguese Age of Discovery. These great people of the era included monarchs, explorers, cartographers, artists, scientists and missionaries. Each idealized figure is designed to show movement towards the front (the unknown sea), projecting a direct or indirect synthesis of their participation in the events after Henry the Navigator.

We stopped for a local favorite treat 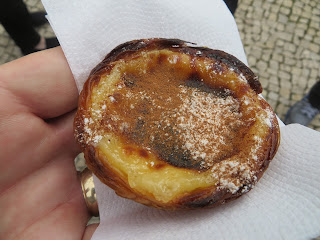 Pasteis de Nata, deliciously soft, sweet, custard tarts that are a cult in Lisbon. And one place is the undisputed master of making them. In Belem, just off the waterfront, is the Antiga Confeitaria de Belem - a blue and white-tiled temple to eggs, cream sugar and pastry.

The 170-year-old recipe is a secret, divulged to only three chefs at a time. The result is delicious - perfectly browned, with individualism catered for with sachets of icing sugar and cinnamon. The cafe turns out 16,000 tarts a day, all hand-made on the premises and served warm. Worth a trip to Portugal in themselves! 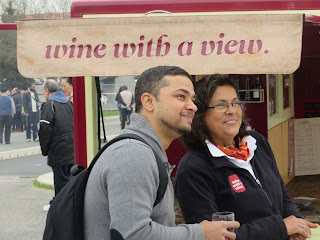 I did  think this wine stand was creative with their signage. Here you can get your wine, sit on chairs and enjoy the view of the Tejo River. 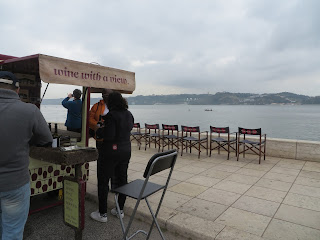 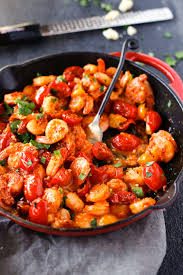