Malaga to Ronda to Seville

More ideas to keep RAK going this month and on... 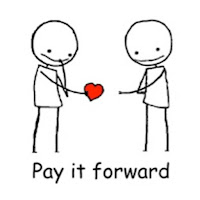 Today I bought a neighbor a small "thank you "gift for checking on our house and watering plants. This link has 109 ideas.
http://www.popsugar.com/smart-living/Random-Acts-Kindness-Ideas-34351861

The drive going from Malaga to Ronda was quite picturesque with rolling hills, a lush landscape and farmlands. Taking photos from the bus was a bit challenging. 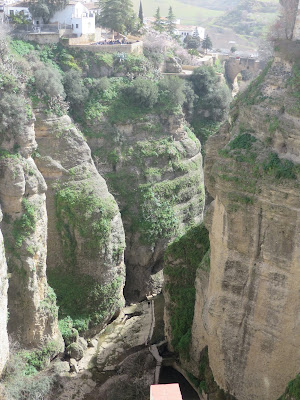 The city of Ronda was nicknamed the ‘Dream City’ by the  poet Rainer Maria Rilke. It enjoys a lofty setting overlooking El Tajo a 360 feet deep river gorge. Readers of Ernest Hemingway’s "For Whom The Bell Tolls" will recognize El Tajo as the place from which Fascists were thrown to their deaths during the Spanish Civil War.


This photo shows a view of the 360 foot drop.
Conquered by the Christians in 1485 Ronda was one of the last strongholds of the Arabs. 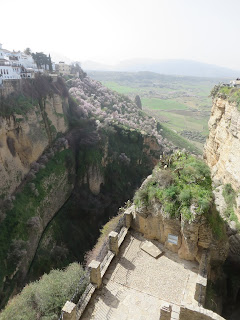 Since many of these Spanish towns we have visited have narrow streets with sharp turns parking is at a premium with lots of tour buses following our same route. Spaniards love to drive small French cars that are fuel efficient since gas costs about $7.00 a gallon. 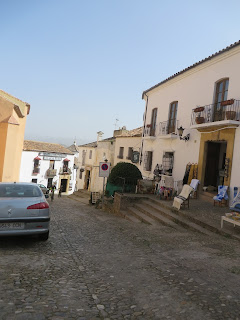 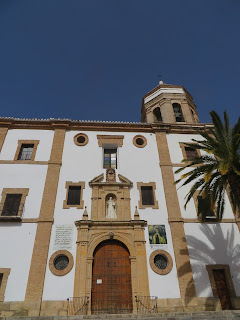 I wish my friend Candace would have been with us today. She would have appreciated this convent experience.  The Carmelites are a cloistered order devoted to prayer, penance and perpetual abstinence. It was here our tour director decided we needed a break for sweets. At this convent the Carmelites bake and sell bakery goods to the public. But because it is a cloistered order, the nuns are behind the scenes baking and packaging and are not seen. Only the Mother Superior can appear in public. So here you place an order after checking out the menu posted, Then this turnstile delivers your order to you and takes in the
payment, 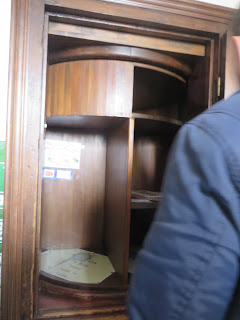 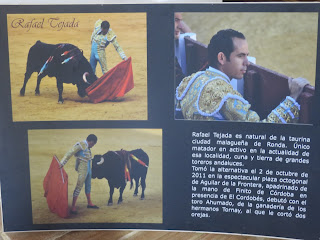 Our next stop had my husband's undivided attention.  Perhaps I could make a supposition that maybe he has had a secret desire to try his hand at bull fighting. We stopped at Ronda's newest working bull breeding farm Reservatauro established by Ronda's bullfighter Rafael Tejeda.  We learned about the different aspects of breeding bulls and bull fighting. 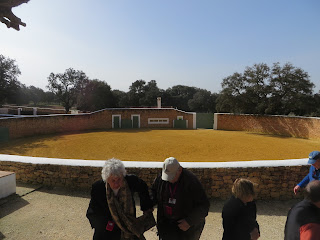 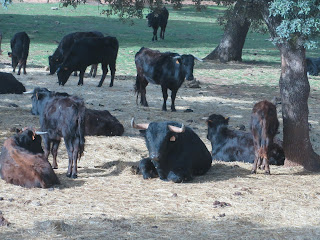 It was here Charley volunteered several different times to be a part of the demonstration. Let the photos speak for themselves. 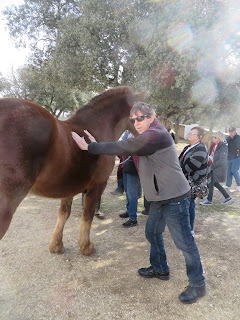 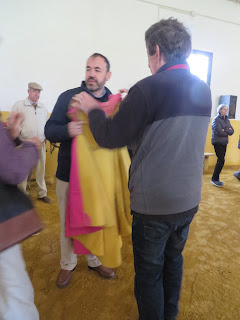 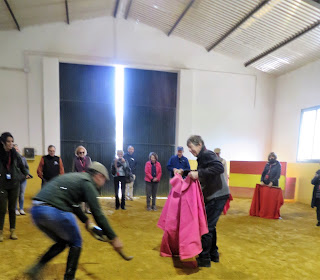 The art of the cape is one of the most visual acts of Spanish bullfighting, with the matador making impressive lances (passes), and has gained in importance in the crowd’s perception over recent decades. The passes can be performed with an open or closed stance. The capes can weigh around 10-15 pounds depending on  the size of the bull fighter.
Seville, our final destination for the day was a welcome sight after traveling from 8;30 AM to 6:00 PM making several stops throughout the day.