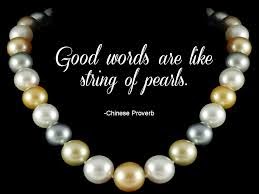 Southerners hold traditions dear to their hearts. And pearls are one of those traditions.

Pearls have been revered since ancient times, wrapped in symbolism and meaning. They were extremely rare and thus priceless, attainable by only the wealthiest in any civilization. Pearls were a woman's most treasured jewelry until the early 1900’s when the process of cultured pearls was invented in Japan by Kokichi Mikimoto.

The pearl is the official gemstone for June. The meaning of pearl is gem of the sea. Pearl is often used as a metaphor for something rare, fine, and admirable. It is said that the pearl is a symbol of femininity, wisdom, charity, honesty, integrity, preciousness, purity of heart, and spiritual transformation.


Watching Katie Couric's interview with LBJ daughters yesterday reminded me of the fact that in many Southern families it is tradition to pass along pearls from generation to generation, mother to daughter or grandmother to granddaughter. I noticed both Luci and Lynda had their pearls on!  http://news.yahoo.com/katie-couric-lbj-daughters-civil-rights-interview-001003293.html

The following is an excerpt from the book

She walked across the plush carpeting directly to her ornately carved, mahogany four-poster bed, where she saw three black velvet bags lying on the bedspread. Three necklaces for three granddaughters. “It’s high time I selected which necklace to give which girl.”Lucille crossed her arms over her ample breast. “I thought you said you was gonna let them pick out the one they like the best.”


“No, no, Lucille,” Marietta replied impatiently. “That wouldn’t do at all.” She paused, turning her head to meet Lucille’s gaze. “It’s said,” she said in the manner of a sage, “that pearls take on the essence of the person who wears them.” She nodded, as though adding emphasis to the declaration. She began walking again. “I’ve worn those pearl necklaces for decades. Why, each pearl is positively infused with my essence. Don’t you see,” she said as though it were obvious, “that by giving my granddaughters my pearls, I’m passing on a bit of myself to each of them?” The very idea of it still had the power of giving her pleasure. “I’ve been looking forward to this moment for years.”

Pearls have always been the accessory of choice when one wants to be "lady-like." And it’s taught among some southern ladies that she should never been seen in public without her lipstick and her pearls! But as with most things in life, old traditions fade away and new ones take their place. The practice of passing down pearls may not be as popular today as it was just a generation ago...


But the practice of passing down pearls is still alive in the south, yet I believe it’s an act that resonates with women from all regions. Pearls are a symbol of elegance and tradition that, when worn, serve as a constant reminder of tradition, love, and of course, when handed down, the essence of the woman who once wore them. Isn't the act of passing them to the next owner the true treasure? Like Mamaw in the novel, I love my pearls, the feel of them around my neck, their creamy luster and the memories they invoke. I, too, look forward to the day I hand down my treasured pearls to my girls --my daughters and granddaughters. In this way, I will leave a bit of me with them, forever. 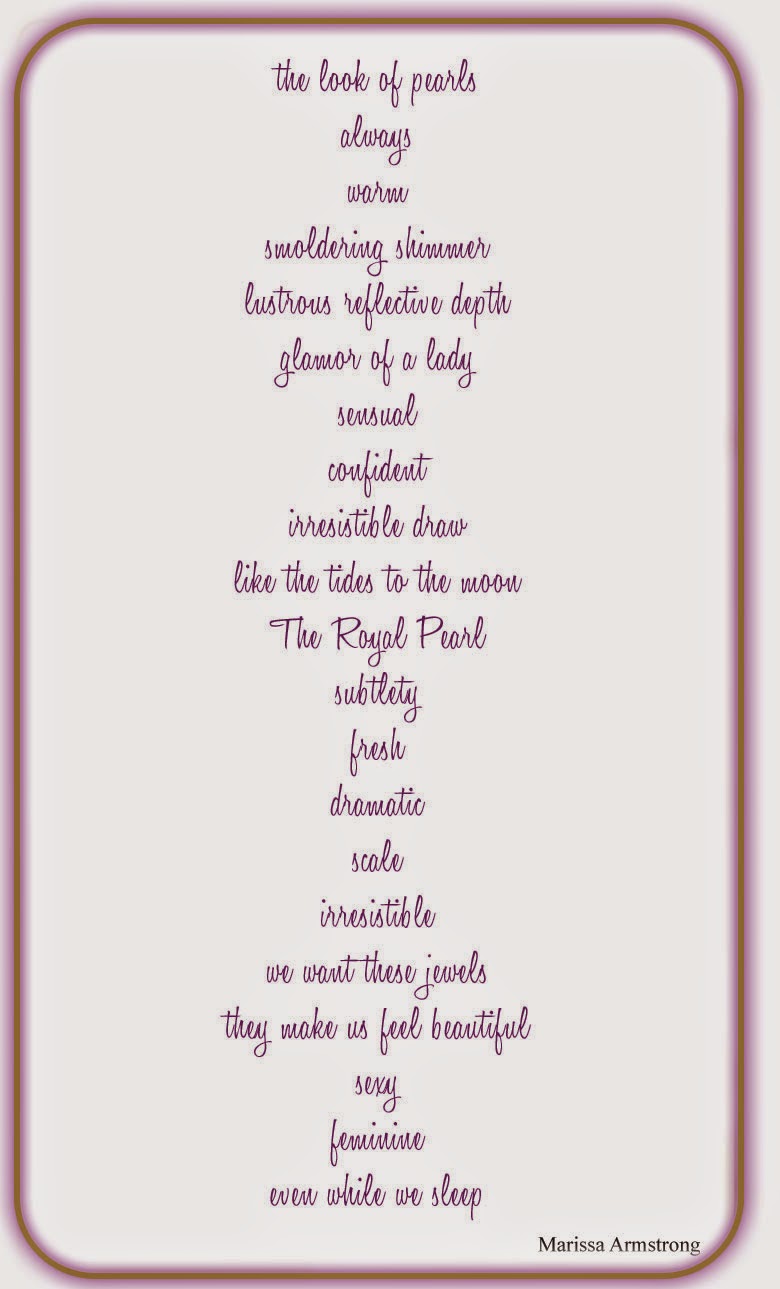 A poem is like a strand of pearls. Choose each word for its perfection to enhance the strand. Pearls are cultured, rare and beautiful as is a poem that flows with ease. Perfection can not be forced or rushed…it takes patience, time and professional knowledge of your craft to create the most valuable strand, desired and treasured as an heirloom.
at April 08, 2014

Catching Up with Ever Ready

IT'S A REGIONAL THING Where I come from Ice Out refers to that lake moment many eagerly await each spring. And this year it was touch a... 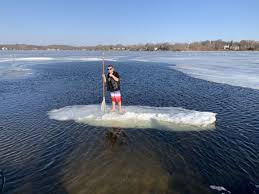