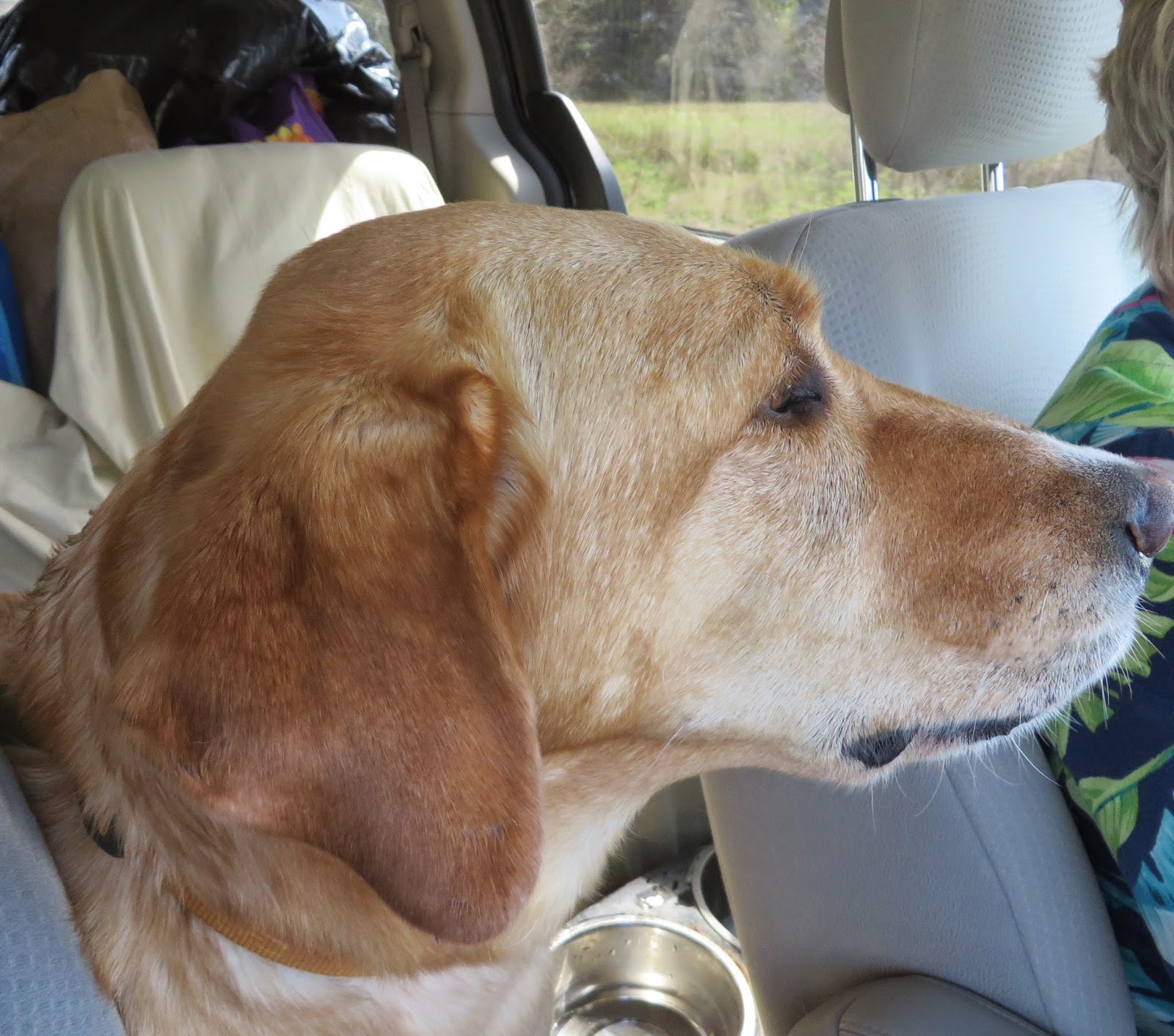 We were on a mission today to find Spring. I kept a close watch on Mrs. S's driving to make sure she wouldn't miss stopping at the good spots. 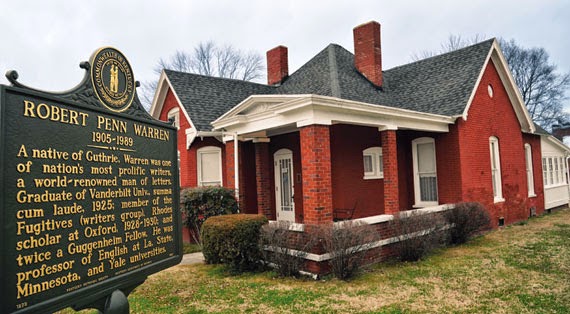 First stop: Guthrie, Kentucky birthplace of Robert Penn Warren ( 1905-1989) first U.S. poet Laureate.  He lived at this house for a very short time. After his leaving this house the house sold several times until being purchased by a group of local residents named The Committee For the Preservation of The Robert Penn Warren Birthplace In Todd County. The house is open to visitors singly and in groups and contains items involved with Warren's life.
Since I was not allowed inside I had Mrs. S give me a run down of what I missed. But I was just happy looking at green grass. Way better than snow. 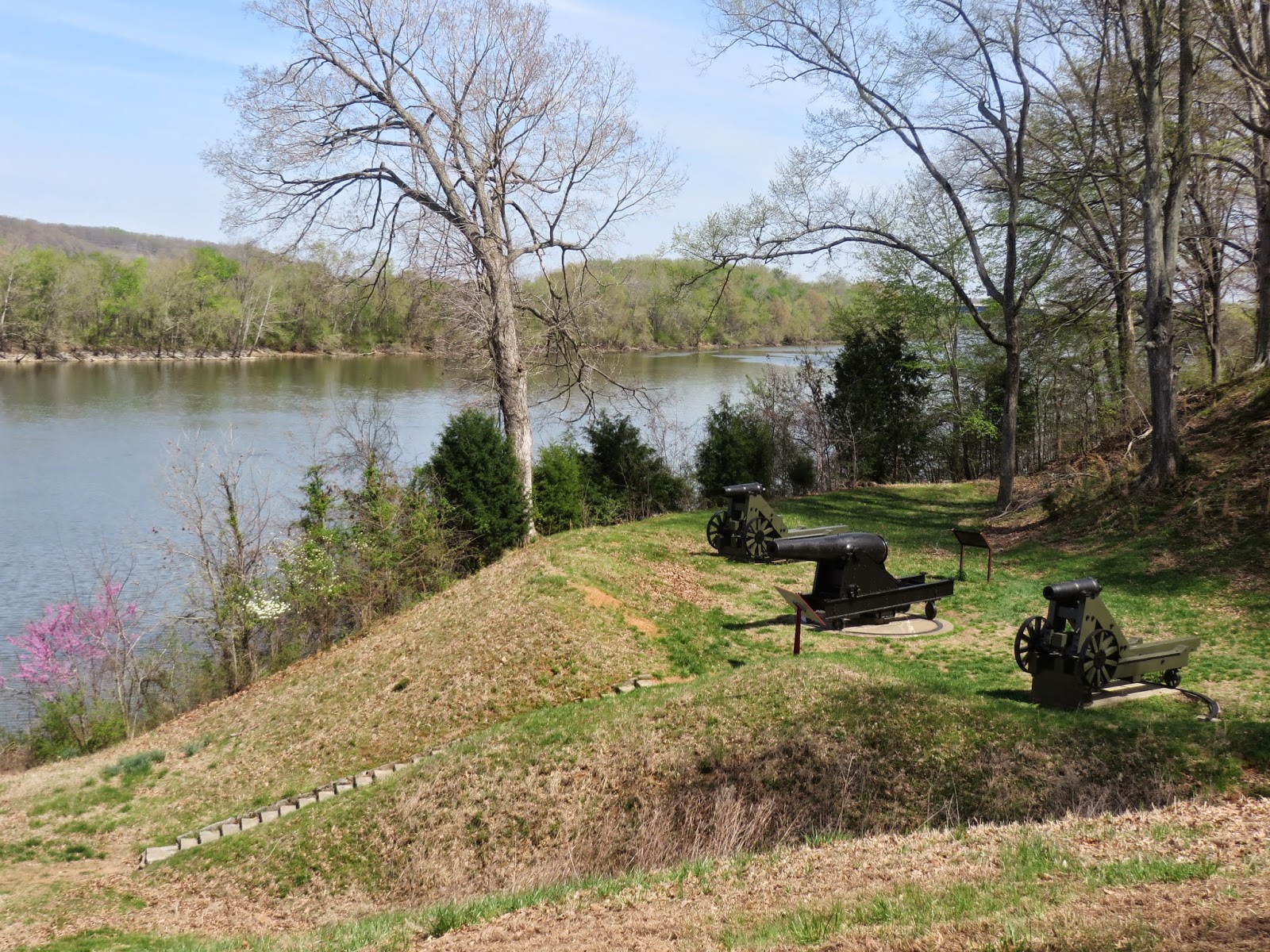 Confederate soldiers and slaves built this 15 acre earthen fort to protect the Cumberland River batteries from land attack. The rivers were  vital arteries that flowed directly through Confederate heartland. Transportation and supply routes depended heavily on these waterways. 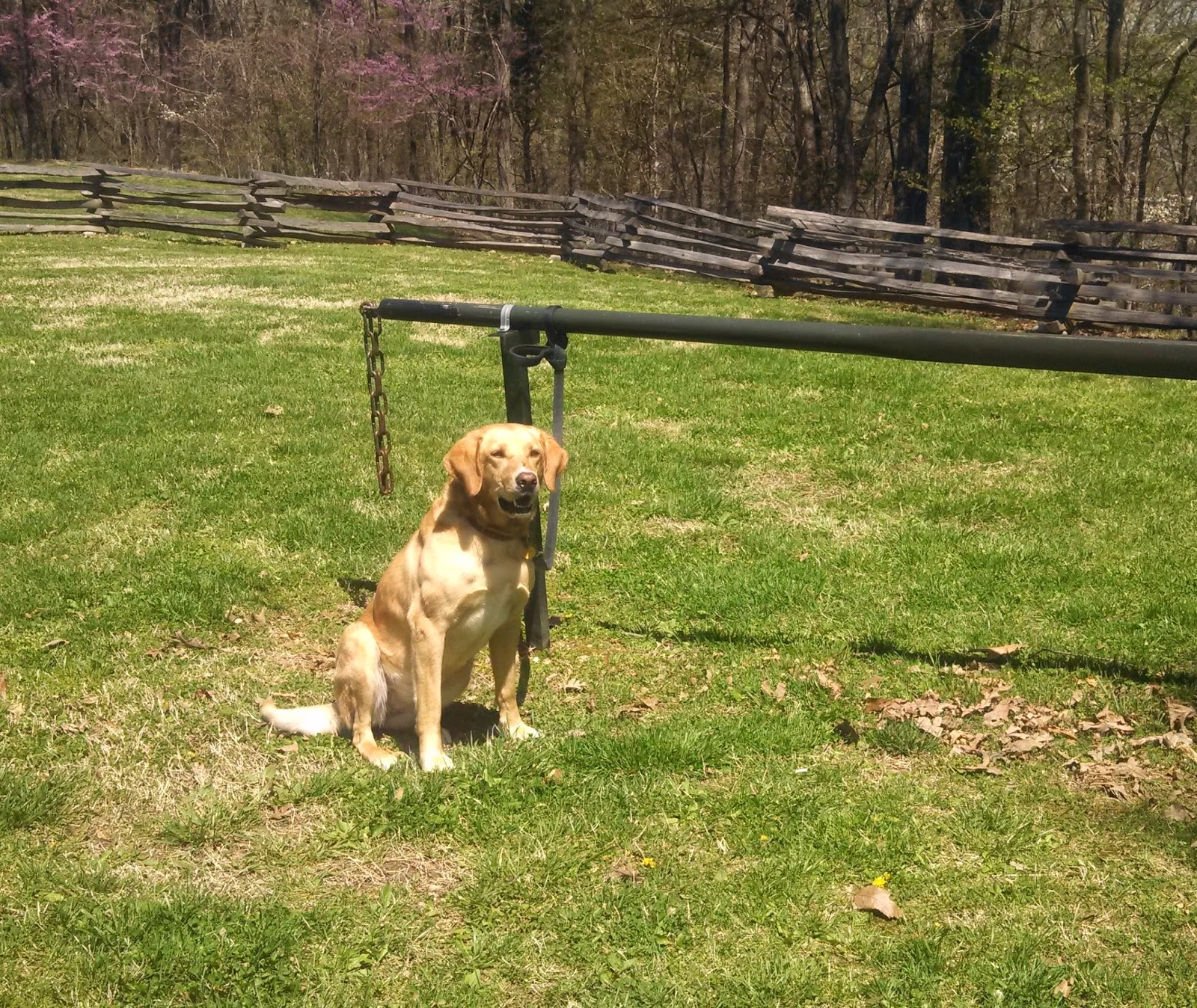 I imagined being a Union mascot. 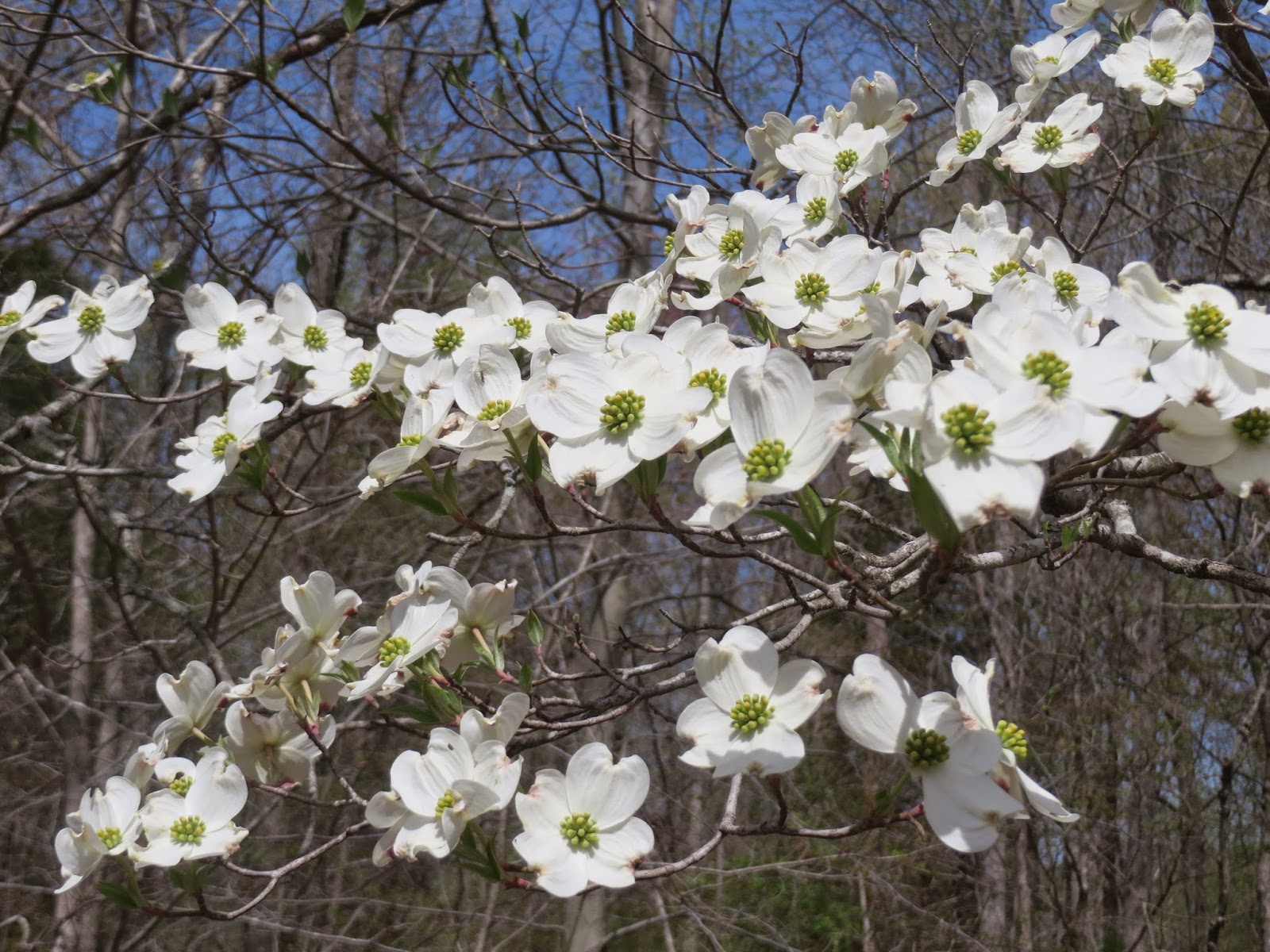 Dogwood
But is was here we found Spring. 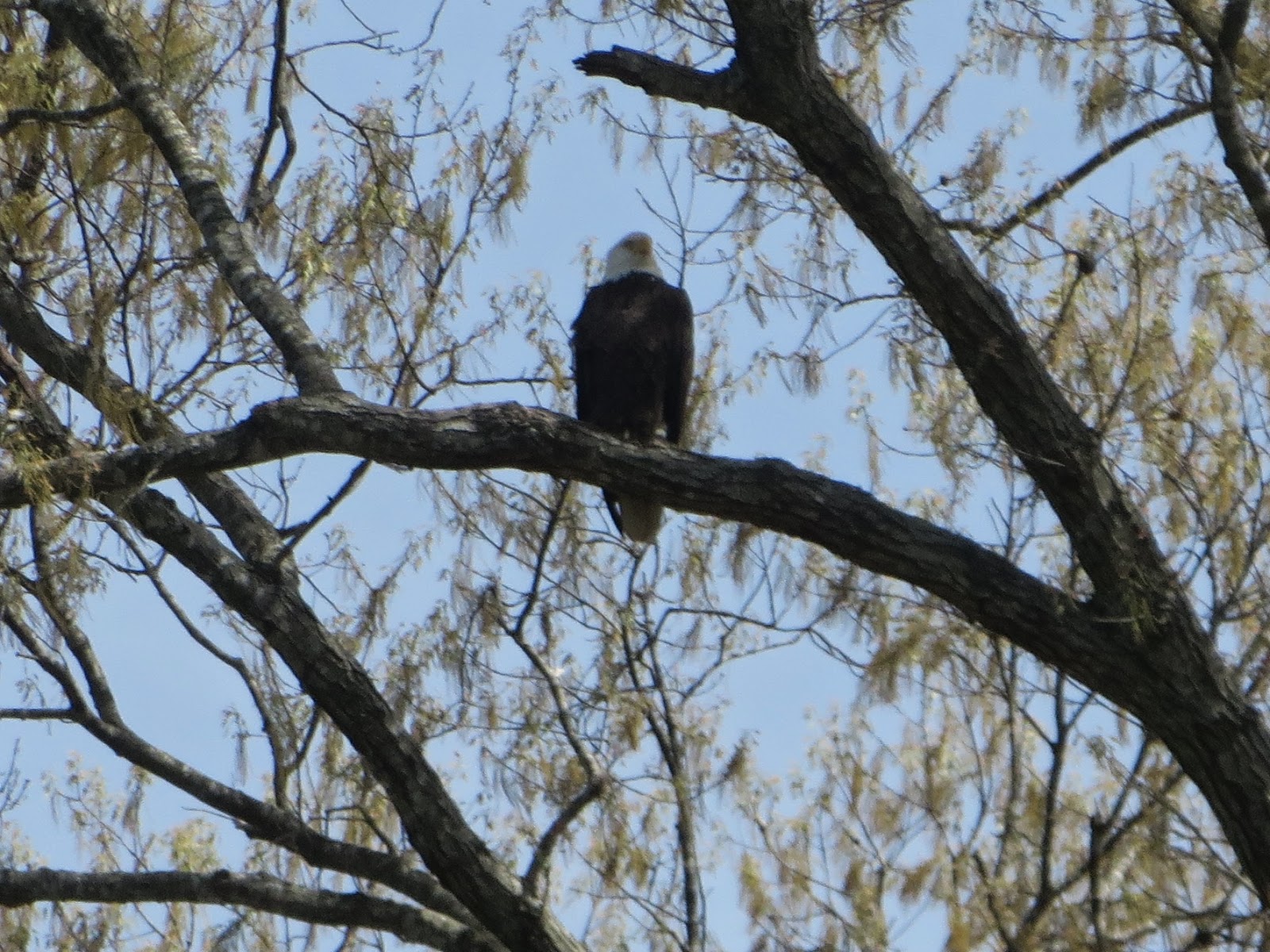 I did go a bit crazy when I noticed the Bald Eagle just sitting still guarding his nest. 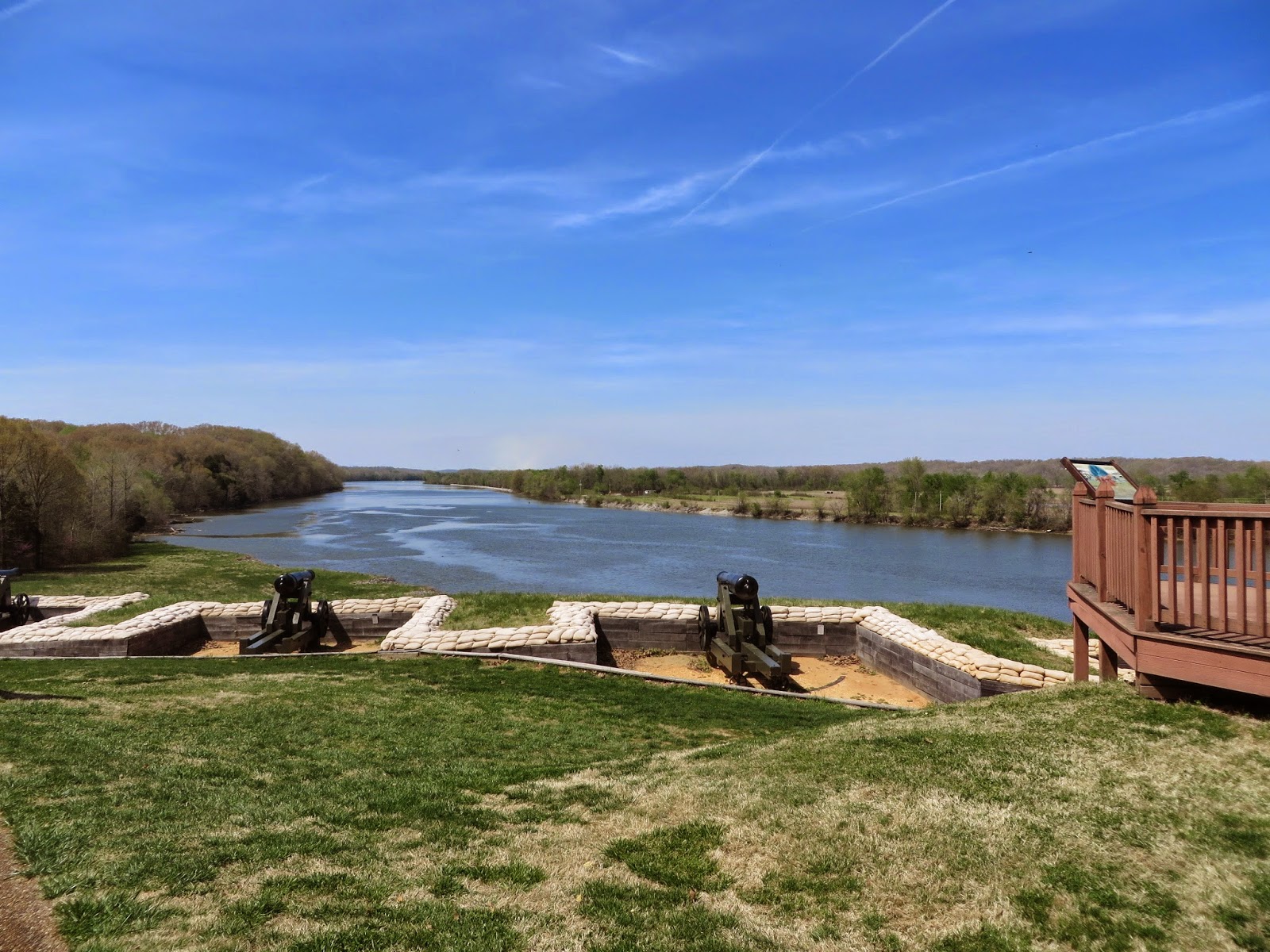 Mr.C  and Mrs. S really liked this place but as for me just give me a good rest stop with squirrels to chase up the oaks and lots of trash sniffling. We thought someone was pretty creative making this stuff  from dead tree stumps at the rest stop.

But our time was cut short since we had many more miles to go. I napped a lot hoping the time would go by fast. One day more with still 600 miles to go.
Mrs. S posted her Daffodil Cake on WWN just in time for Easter.
Check it out http://www.wwnrockport.com/2014/04/recipe-daffodil-cake-by-sue-ready.html
Love, Bella