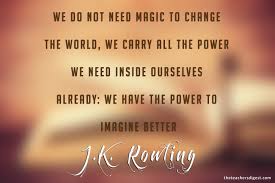 Will is searching through the clothes in the dryer for his lost soccer sock. He really wants to find the mate as his soccer socks are a lucky pair. He once scored a winning goal wearing them. As Will leans into the dryer he is sucked in and tossed about. When Will stops spinning he tumbles out into a new place called Sockland.
This new magical place has mismatched socks everywhere hanging on tree branches. Three fairies fly by Will. He knows they are fairies from seeing their pictures in his storybooks. He runs down the road hoping to catch up to them but trips and falls over a large rock on the road. His leg hurts but he manages to catch up just as the fairies disappear through the door into the Sock Bank.
Unexpectedly Will’s size changes to very small when he rubs fairy dust over his hands. He is able to make it inside the Sock Bank behind a fairy just as the door closes. Will watches sock fairies unload their bags of mismatched socks in the bank hoping to find mates for their socks getting a gold coin in return. When Will spies his missing sock he grabs it but is caught by the sock security guards. When the guards lose their grip on Will a sock fairy named Melinda is able to rescue him. They fly out the opened Sock Bank door around the corner and out of sight.
Will and Melinda spy a poster advertising a sock hop at the Avalon Theater. All Will needs to do is wear his lucky socks, bring his dancing partner Melinda to the Avalon and dance till dawn to win the bag of coins. Lucky for Will wearing his matched pair of socks he and Melinda are able to win the sock hop contest. But unlucky for Will the sock security police spy him in the crowd. Melinda uses her magic powers and they fly out the door away from the theater. Melinda gives Will the bag of coins and tells him to get on the Sockland Express but be sure to get off at stop #3. The driver, Rocky Socky, is a sock monkey who wants Will to pay for the ride on the Sockland Express.
Will enjoys the magical ride of the Sockland Express when suddenly the bus makes an emergency landing at the Sock Mart. A clearance sale sign excites the passengers. Will is able to make a purchase of mismatched socks. He discovers Melinda on the Sockland Express and tells her about his plan to return to Sock Bank. He wants to find more matches for his socks as each pair will give him a gold coin. But Melinda has another idea.

Friday July 31 Sock Fairy Adventures Stop #4 Melinda's House
"Really I can go to your house Melinda? How do we get there?" What does your house look like? "
Will had lots more questions to ask. He could hardly sit still with excitement.
"Shh-Shh Will, keep your voice down," said Melinda. "Stay close and follow me."
"Stop 4! Stop 4!" yelled Rocky Socky as the bus gently lowered to the ground. The wings folded under the bus and the wheels came out. The bus landed on the ground with a slight thump.
Melinda grabbed Will's hand and they flew out the door.  Lucky Will remembered to take his bag of mismatched socks from the Sock Mart. 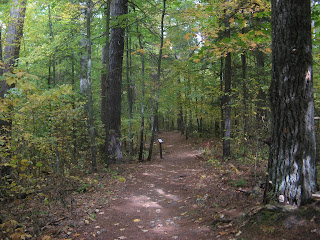 As they flew deeper and deeper into the forest the light got very dim.  Will kept looking around for fairy houses. He had read in his storybooks they often build near the base of a tree. Then they cover up their doorways so as not to be disturbed.
"This surely must be your house here," said Will since he could see at least four doorways. 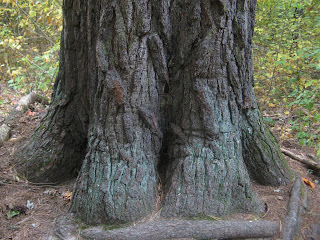 "No, Will, this way. We are not there yet. We need to go over this bridge and down the path. But I must warn you we need to be very careful. Trolls live under this bridge. They do not like humans and often if feeling very mean will  turn them into stone."
Suddenly an very ugly troll popped his head up and stood right in front of Melinda and Will. "Stop! This is my bridge and NO ONE goes over unless I say so. What's the secret password?" 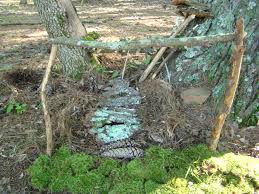 Will was worried. He hoped Melinda would know what to do. She must pass by the bridge sometimes. He heard her whisper "DLOG ROF SKCOS."
"Go," yelled the Troll. But don't come back this way again. I DO NOT like to be disturbed!"
And in an instant the troll disappeared under the bridge.
Will hurried after Melinda yelling "Wait! What did those letters mean?'
"Will, can you remember the words the sock fairies whispered so the Sock Bank door would open?"
"Yes, Socks for Gold."
"Well the letters I just repeated were Socks for Gold spelled backwards. Here we are."
Melinda pushed the twigs back so they could get in. 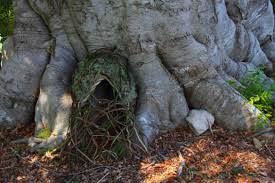 "Tonight we need to go to the fairy ring. We are gathering to celebrate the full moon. There will be dancing and food. You can meet our Fairy Queen, Eva. She will help with us with a plan on how you can get safely back into the Sock Bank without being seen."
But Will hardly heard her words. He was totally enchanted with the inside of her house.

© Copyright 2015 EVER READY All Rights Reserved

Next Friday Sock Fairy Adventure August 7
Under The Full Moon at the Fairy Ring
at July 31, 2015