Author, writer and long-time Texan, Max Oliver grew up in Texas, Oklahoma and Kansas, the heart of Comanche hunting grounds. Growing up, Oliver was influenced by the life and beliefs of the early Comanche tribes. Oliver felt compelled to research the daily habits of the Numuu (the People) and use that knowledge to create his signature line of Comanche Inspired Books and Poetry. 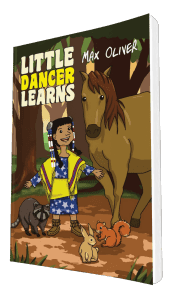 The inspiration for "Little Dancer" was based on Max Oliver's observations of a young girl Trina Hart at a Comanche powwow.  Trina was at her “first out”or the first time she went out to dance in a powwow. Oliver was struck by Trina’s excitement to be with her people. At first she stood near her family keeping perfect time with her feet to the drums. Oliver noticed this young girl’s natural rhythm as she gained courage to dance alone just outside the women’s circle. But as the music beat quickened a hand reached out from the women’s circle and gently guided this little dancer into the group of adult women.

“Little Dancer Learns” is a story about a young Comanche girl named Little Dancer who wants to learn how to dance more than anything.  She talks to her mother, father, grandfather, sister, and brother who tell her there are certain things she must learn and be responsible for before learning how to dance.

This storyline is simple and engaging with colorful pictures that will appeal to young readers 4-7. Adults who read the story along with children will find it promotes good discussion on learning from others and responsibilities within the family.
The book can be purchased through Amazon or at this link Little Dancer Learns

Native American Heritage Month is a time to celebrate rich and diverse cultures, traditions, and histories and to acknowledge the important contributions of Native people. Some other suggested resources for young and middle school readers come from Debbie Reese, renowned scholar in this genre that include
10 Best Native American Picture Books and 10 Best Native American Books Middle School Readers 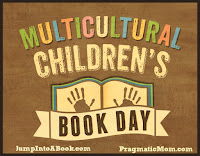 January 27, 2016
Follow this link to over 200 Multicultural Book Titles Reviewed from 2015
http://multiculturalchildrensbookday.com/todays-day-multicultural-childrens-book-day/ 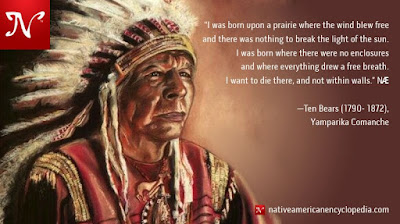 Valentine Round-up- The Healthier Side

These cookie cutters may become your favorite February kitchen tool. Did you know February is also a heart-healthy month? Healthier Valentin... 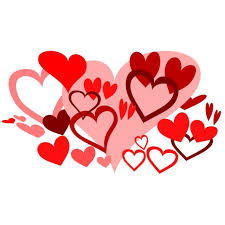