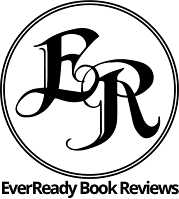 “The Giver of Stars” by Jojo Moyes is a wonderful tribute to how books can change people’s lives with a shout out to the Kentucky Packhorse Librarians, a fascinating piece of history. This initiative was started by Eleanor Roosevelt as part of the Works Progress Administration set up in the mid 1930’s. It is a historical tale primarily about women, dubbed the packhorse librarians, who delivered books to the far strewn and impoverished residents of southeastern Kentucky during the depression. These women worked for the WPA provided mobile libraries. "The Giver of Stars" is also a story of physical and emotional abuse of women as well as the strength and support women can provide for each other. Out of chronological sequence, the novel begins with an assault which is addressed toward the end of the book with a trial. Along the way, the author paints images of the beauty of the mountains and the brutality of the snowy cold winters and the bug infested summers along winding dangerous horse trails. Moyes includes the punishing work found in the coal mines and the stereotypical views of locals toward female literacy and the acquisition of knowledge through reading. I found the story engaging and characters well developed.

After completing "The Giver of Stars" another similar one “The Book Woman of Troublesome Creek” by Kim Michele Richardson was suggested by someone in my book club. It was then after delving a little more deeply into reading reviews I came across a credibility conflicts in the book publishing world right now. Kim Michele Richardson's fans of "The Book of Troublesome Creek" are questioning the authenticity of Jojo Moyes most recent book, ”The Giver of the Stars." There is an outcry of plagiarism aimed at Moyes. What happens when two authors write two books about a relatively obscure topic and the second book, released later, has definite similarities to the first in plot lines and passages? Is that coincidence or something more sinister? You’ll have to make up your own mind about the controversy. I enjoyed both books for different reasons.

''The Book Woman of Troublesome Creek” narrator is Cussy Mary, a young woman ostracized for her blueish skin. She has an inherited condition called methemoglobinemia, which causes the skin to be blue. It was not until the 1960's that studies were done to determine the cause of the condition. So this book is a tribute not only to the packhorse librarians who rode countless miles to deliver knowledge and pleasure to the mostly poor communities, but also to the real Blue People of Kentucky. Cussy Mary signs up to be a pack horse librarian, She carries books, magazines, and scrapbooks into the hills for isolated families living in poverty. Along the book route she encounters violence, hardship, and hunger, but also finds friendship, kindness and camaraderie among the people who enjoy receiving a weekly delivery. Richardson writes a poignant story of hope for the better future capturing the voice of the people.

I enjoy fiction books set in historical context that send me scurrying to the Internet to learn more. I had never heard of the blue people of Kentucky who had methemoglobinemia, a rare disease that causes the skin to turn blue. Not only is this book a tribute to the Book Women who rode countless miles to deliver knowledge and pleasure to the mostly poor communities, but also to anyone who rises above persecution such as Cussy Mary. One can't help but admire how she endured injustices, a forced marriage, starvation, and prejudice, as well as share her pride and fulfillment in bringing books to people who wouldn't have otherwise had them. Finally, the story is a commentary on the very hard lives of coal miners in 1930's Kentucky. The story gives a clear picture into the struggles of coal mining communities, the casual racism that lumped all people who weren’t white into the same bucket of feared and despised, and the power of medical and law enforcement authorities. communities. 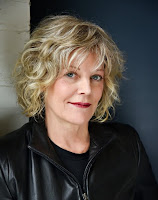 Richardson is a native Kentuckian who truly understands the varied landscapes, complex people, history and culture. She writes what she knows having lived most of her life there. Her story show the positive efforts the Packhorse Library service had on this small remote mining community in the Kentucky hills. Richardson writes with a clear understanding how the issues of poverty and marginalization effect the characters as these are some real human issues she had to deal with growing up.
Both books were real winners for me with strong women characters who were resilient. 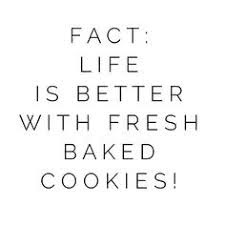