True wisdom lies in
gathering the precious things
out of each day as it goes by:
E.S. Bouton 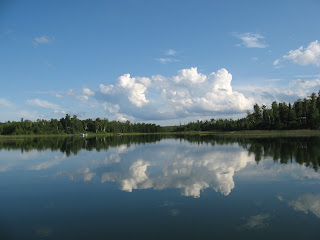 If the Mojito was one of Ernest Heminway's favorite drink it works for me too! Ernest Hemingway made the bar called La Bodequita del medio famous as he became one of its regulars. He even wrote on the wall " Mi mojito en la Bodeguita" (My mojito at the Bodeguita) These words can still be read on the wall in his handwriting. Note you would have to go to Havana to actually see this for yourself.
A Mojito traditionally is made of five ingredients: white rum, sugar, lime, sparking water and mint. The original Cuban recipe uses spearmint. In the past few years the mojito has become a popular summer drink.
Cook's note: There are a variety of Mojito recipes but an important step not to skip is making your own simple syrup ahead of time. The syrup keeps in the refrigerator several weeks covered.
Simple Syrup
Heat equal parts of sugar and water in a saucepan until just before boiling. Stir until sugar has completely dissolved.
Ingredients:

A new book Conspiracy of Friends (third book in the series Corduroy Mansions) by Alexander McCall Smith was the perfect accompaniment to the Mojito. 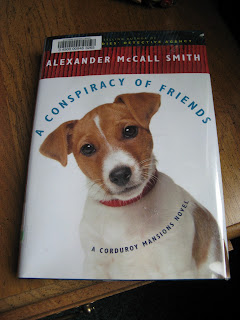 I will have to admit the dog on the cover first captured my attention. And then the author is one I've loved for his #1 Ladies Detective Agency series. This is the third book in this particular series. The first one is Corduroy Mansions followed by The Dog Who Came in from the Cold. Since I had not read the first two it took me awhile to figure out the characters who live in Corduroy Mansion but I caught up fast. Corduroy Mansion is a building set in the flats of London in the Pimlico section. It is inhabited by an assortment of characters including Freddie de la Hay, a playful but quite intelligent terrier, who is featured on the cover. Freddie only answers to Hay. While the book has multiple plots with quirky characters I can say Freddie seems a bit like Bella when he gets lost in the countryside as he follows the scents of rabbits. McCall's witty style makes this an  enjoyable read keeping up with the adventures of those who live at Corduroy Mansion.