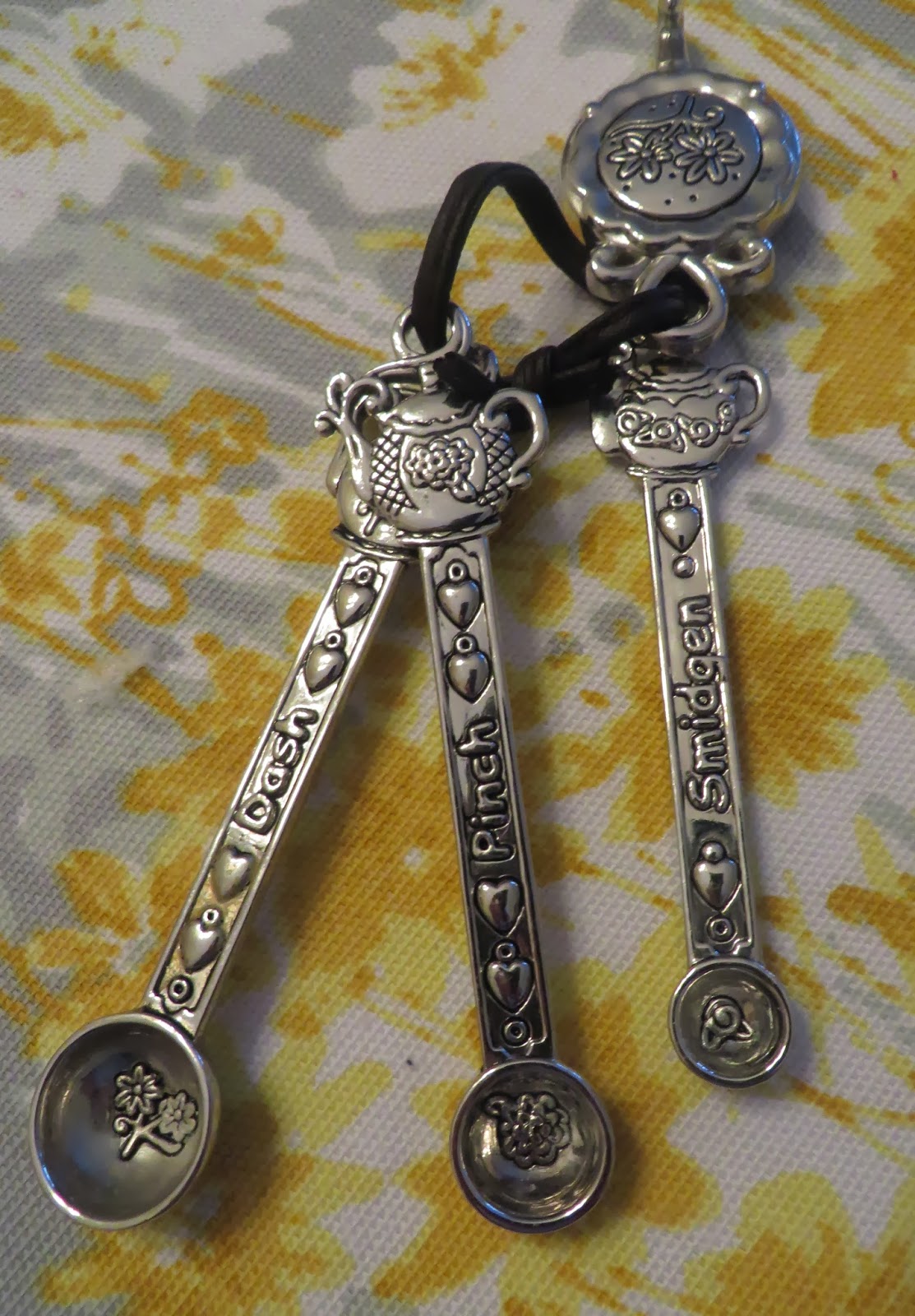 Smidgen, dash, pinch, are words that reflect the way people used to cook, before celebrity chef recipes were set in stone and before people became irrationally fearful that the slightest deviation from a recipe would ruin their dish.

First of all, what is a dash? In baking terms, according to most sources, a dash is about 1/8 of a teaspoon. It is the largest of the three measuring terms: dash, pinch, and smidgen.

A pinch is smaller than a dash and is typically considered to be the amount of a dry ingredient that can be pinched between your forefinger and thumb. Of course this inaccurate measurement has to vary from person to person. To be precise in adding a pinch of salt or other ingredient to your baking, you will need 1/16 teaspoon.

The final mystery amount that sometimes appears in baking recipes is called a smidgen. This measurement is the least used and is also the smallest. A smidgen is about 1/32 of a teaspoon.

The measuring spoons in the above photo were a gift that comes in handy when I really need to be accurate in my baking.  But far too often I just do a little of this and a little of that! 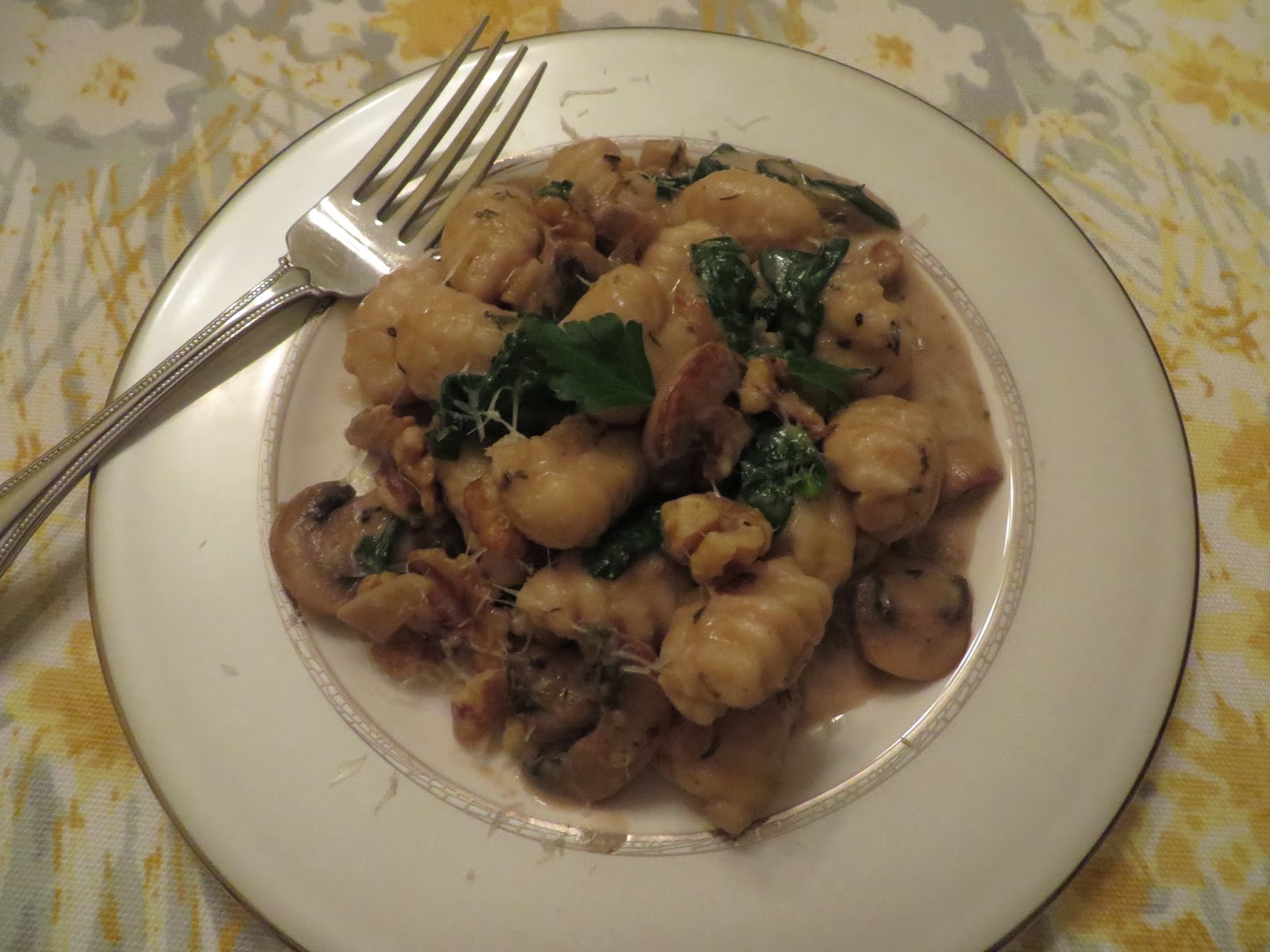 Mushroom Saute with Gnocchi-Parmesan and Spinach

Cook's notes: This recipe was adapted from John Besh's book Cooking from the Heart
Using prepackaged gnocchi (freezer section) aids in the ease of putting this pasta entree together.
Recipe serves 2-3
Ingredients:
Directions: