Celebrating the Politician, Biologist and Author 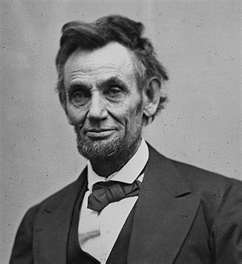 "Tis better to be silent and be thought a fool
than to speak and remove all doubt."
Abraham Lincoln
February 12,1809-1865
Abraham Lincoln was the 16th president of the U.S. His achievements lie in saving the Union during the Civil War and freeing the slaves with the Proclamation of Emancipation. He had little formal education and was a self-taught reader. He had the nickname "Honest Abe" for his fair treatment of people and his work ethic. Lincoln  became a lawyer and settled in the Springfield MO area. He was endorsed by the Republican party and served one term  as president. His Gettysburg Address was one of the most eloquent speeches ever made by a political figure. Lincoln's life was cut short when he was assassinated while watching a play at the Ford Theater.

Charles Darwin
February 12,1809-1882
Charles Darwin was an English naturalist, biologist and scientist. He is best known for his work as a naturalist who developed a theory of evolution to explain biological change. It took him a long time to publish his findings based on a 5 year voyage around the world. He thought people would think he was an atheist. His book On The Origin of Species was published in 1859.
Note: Both of these men were born on exactly the same day in 1809 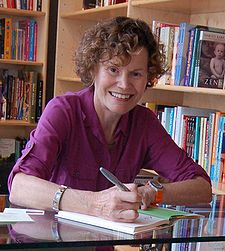 Judy Blume 1938-
Judy Blume is a best selling author of children's chapter books and YA novels. Blume is also is one of the more controversial childrens' authors. She is recognized as one of the most banned children's authors in the U.S. Many of her books deal with difficult issues facing children. These topics include: existence of God, friendships, religion, divorce, body images and sexuality. Blume is best known for books Are You There God? It's Me Margaret,   Tales of a 4th Grade Nothing, Tiger Rising, Blubber and Wifey (an adult novel). Blume is a strong advocate for preserving young readers intellectual freedom and for teachers reading out loud to their students.
at February 12, 2012