It's All About The Sauce

Julia Child was an American chef, author and television personality. She is recognized for introducing French cuisine to Americans. She lived to be almost 92. When asked what she attributed her longevity to she said, "Red meat and gin." 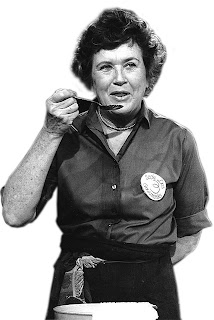 One of my favorite Julia quotes is "Always remember if you're alone in the kitchen and you drop the lamb, you can always pick it up, who's going to know."
Channeling Julia is a blog written by Julie Powell. http://channelingjulia.blogspot.com/
Her first blogs profiled 365 days of cooking of over 500 recipes from Julia Child's book Mastering The Art of French Cooking. Her blog later became a book and ultimately a movie titled: Julie and Julia in 2009 with Meryl Streep.
As I began to compile some of my favorite sauces I couldn't help but think about Julia and her infamous sauces she made with lots of butter.
This Bearnaise Sauce was one of her signature recipes.  As I looked over the ingredients I can see how much our cooking choices have evolved over the years.
Ingredients:
1/4  cup dry white wine
1/4 cup white wine vinegar
1 TB. shallot
1 TB. dried tarragon
3 egg yolks
2 sticks of butter
2 TB. fresh tarragon
if you want to proceed to directions for this sauce follow this link
http://www.foodnetwork.com/recipes/sara-moulton/bearnaise-sauce-recipe3/index.html 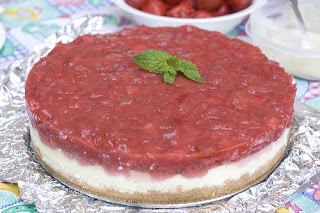 Ingredients:
Directions:
Serving Suggestions:Serve over chicken or pork or ham