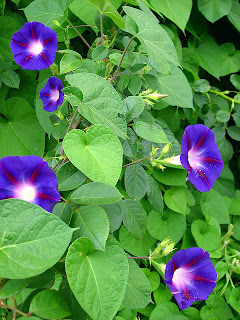 A morning glory at my window
satisfies me more than
the metaphysics of  books.
by Walt Whitman

Take some time today to find a poem you like and enjoy reading it with your favorite cup of tea or coffee. Perhaps if you are feeling ambitious to cook this recipe might work for you. 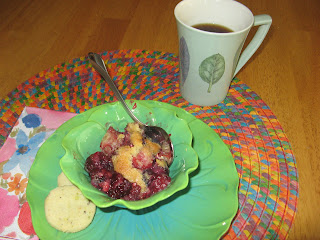 Mixed Fruit Cobbler
with buttery-orange cookie crust
Cook’s notes: This recipe comes CuisineAtHome.com June 2012. The original recipe was called Blackberry Cobbler. Since I used most of my blackberries on two previous recipes I decide to mix it up a bit and used four different kinds of fruit. The crust mixture is generous so consider using only ¾ of the dough for this cobbler. The recipe called for using an oval baking dish 2-1/2 qt. size which I did not have so used a 9 inch square pan. I have adapted some of the ingredients from the original recipe.
Ingredients: Filling
Directions:
Ingredients: Crust
Directions:

Walt Whitman
May 31, 1819- 1892
Walt Whitman worked as a teacher, printer, journalist and during the Civil War a volunteer in military hospitals in Washington, D.C. He published the first edition of Leaves of Grass, a volume of 12 untitled poems with the hopes this book of poetry would be enjoyed not only by scholars but by everyone. The work went through various editions throughout his entire life. The last edition contained more than 300 poems. Leaves of Grass is one of the world’s most famous literary works. His voice was the voice of America. He led a change in America during the 19th century to write poetry that could be understood and enjoyed by everyone, poems of freedom that celebrated the common man. 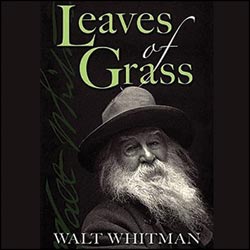 Walt Whitman became a great admirer of President Lincoln during the Civil War. After Lincoln was shot and killed Whitman wrote this poem O Captain! My Captain! in the president’s honor.  This poem compares Lincoln to the captain of a ship.  The following is the first of the three stanzas.
O Captain! My Captain!
“O Captain! My Captain our fearful trip is done,
The ship has weather’d every rack, the prize we sought is won,
The port is near, the bells I hear, the people all exulting,
While follow eyes the steady keel, the vessel grim and daring;
But O heart! heart! heart!
O the bleeding drops of red,
Where on the deck my Captain lies,
Fallen cold and dead.
at May 30, 2012