Today is Dr, Seuss's 110th birthday.
Theodor Seuss Geisel was born on March 2, 1904, in Springfield, Massachusetts. He is considered to be the most popular children's book writer in American history, the best-selling children's book writer of all time, and a man who revolutionized the way children learned to read. Under the name of Dr. Seuss, Geisel in 1937 was inspired by the rhythms of a steamliner cruiser to write the book And To Think I Saw It On Mulberry Street.  Much of his life's work was written in rhyming anapestic meter called trisyllabic meter. The meter is very alluring and catchy, and Seuss's masterful use of it is a big part of why his books are so enjoyable to read.

A major turning point in Geisel's career came when, in response to a 1954 LIFE magazine article that criticized children's reading levels, Houghton Mifflin and Random House asked him to write a children's primer using 220 different vocabulary words.The resulting book Cat in the Hat was published in 1957 and was described by one critic as a "tour de force." The success of this book cemented Geisel's place in children's literature. Over the next several years, Geisel would write many more books, both in his new, simplified vocabulary style and using his older, more elaborate technique. His later credits include favorites such as Hop OnPop, Green Eggs and Ham, Fox In Socks, Horton Hears A Who and How the Grinch Stole Christmas which was made into a movie. Life lessons are inserted in his verses and many of his quotes are familiar ones you have heard. 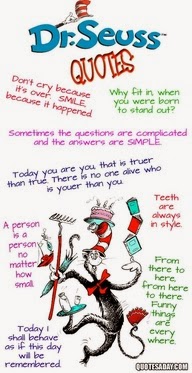 Some of his honors include two Academy Awards, a Peabody Award and a Pulitzer Prize. Next to the book Cat in the Hat my second favorite is... 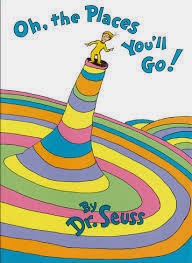 So do you have a favorite one? 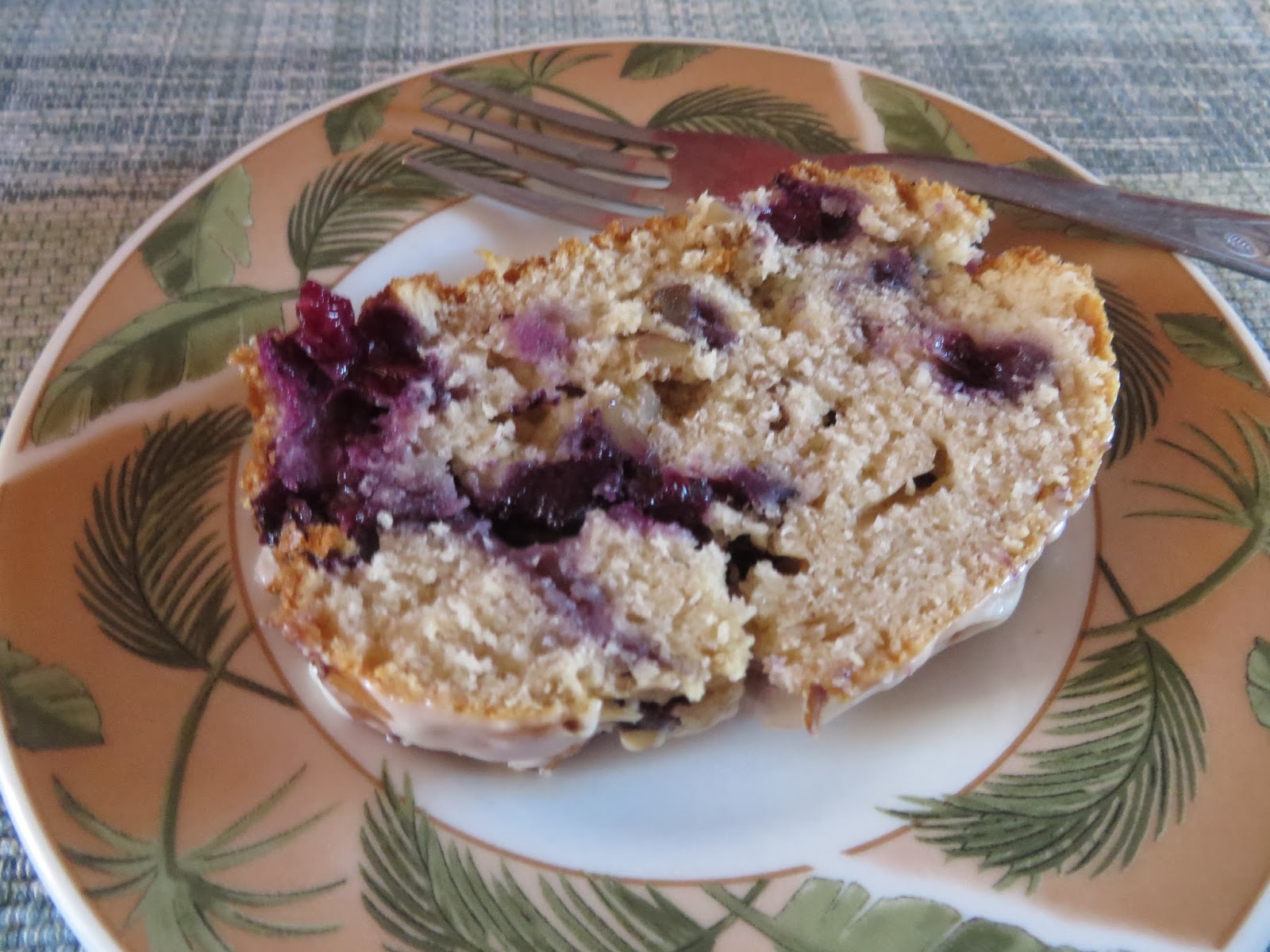 White Chocolate-Iced Blueberry Loaf
Cook's notes: While you are enjoying one of your favorite Dr. Seuss books, a slice of this blueberry loaf with tea or coffee would sweeten your day :)
This recipe from Pillsbury Holiday Baking was pretty straightforward and easy to make. I thought the idea of using vanilla baking chips in the icing was a great addition.
Loaf Ingredients:
Icing Ingredients:
Loaf Directions:
Icing Directions: 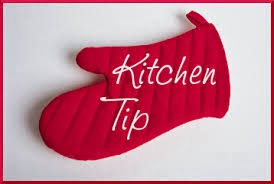 To clean an electric kettle with calcium buildup on the heating element, boil a mixture of half white vinegar and half water, then empty.