“I'll never have enough time to paint all the pictures I want to.”
Norman Rockwell

Norman Perceval Rockwell (February 3, 1894 – November 8, 1978) was a 20th-century American painter and illustrator. His works enjoy a broad popular appeal in the United States for their reflection of American culture.

Rockwell's success stemmed to a large degree from his careful appreciation for everyday American scenes and the warmth of small-town life in particular. Often what he depicted was treated with a certain simple charm and sense of humor. Some critics dismissed him for not having real artistic merit, but Rockwell's reasons for painting what he did were grounded in the world that was around him. "Maybe as I grew up and found the world wasn't the perfect place I had thought it to be, I unconsciously decided that if it wasn't an ideal world, it should be, and so painted only the ideal aspects of it," he once said. 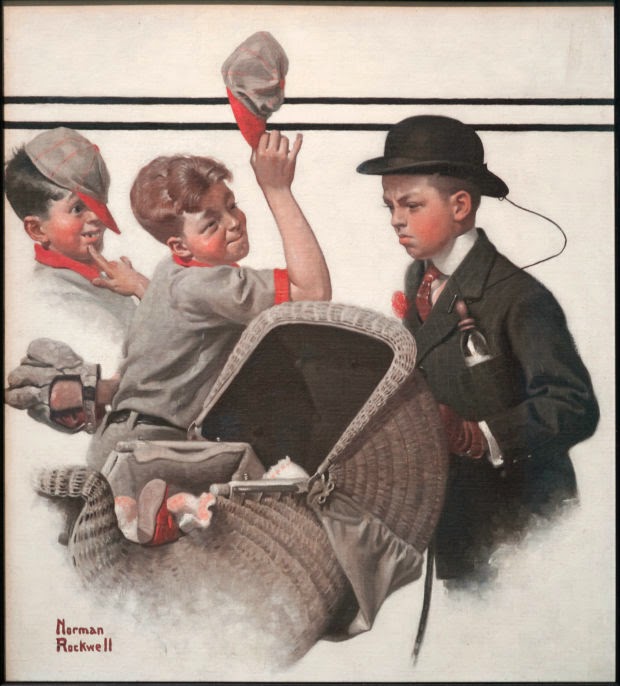 Norman Rockwell always wanted to be an artist. Finding success early as artist/art editor for the Boy Scouts’ Boy’s Life magazine, Rockwell was also set on becoming a cover artist for The Saturday Evening Post, which was then considered the premier showcase for an illustrator’s work. Without an appointment, the artist boarded a train to the Post’s headquarters in Philadelphia in 1916, with a portfolio containing two paintings and a sketch idea for potential covers—the editors liked what they saw, purchasing the two paintings for $75, and telling Rockwell to go ahead with his sketch idea. The artist was thrilled.

"Boy with Baby Carriage" was one of the paintings that landed Rockwell the job, and became his first Post cover on May 20, 1916. Painted in artist Frederic Remington’s former New Rochelle, NY studio (which Rockwell and friend/cartoonist Clyde Forysthe rented early in their careers), the humorous illustration was typical of Rockwell’s childhood-themed images of the time. Billy Paine, one of Rockwell’s favorite early models, posed for all three boys pictured in the painting, earning approximately 25 cents an hour.

Although Rockwell’s career with The Saturday Evening Post lasted nearly 50 years, resulting in 321 original covers that made him a household name, the artist never forgot his first big break from the Boy Scouts; he created yearly calendars for the Scouts throughout his entire career. When Rockwell ended his relationship with the Post and began doing covers for Look, his focus also changed, as he turned more of his attention to the social issues facing the country. Much of the work centered on themes concerning poverty, race and the Vietnam War.

This is one of my all time favorites pictures by Norman Rockwell. It was taken at the Norman Rockwell Museum in Stockbridge, MA. Ruby Bridge's story is compelling. 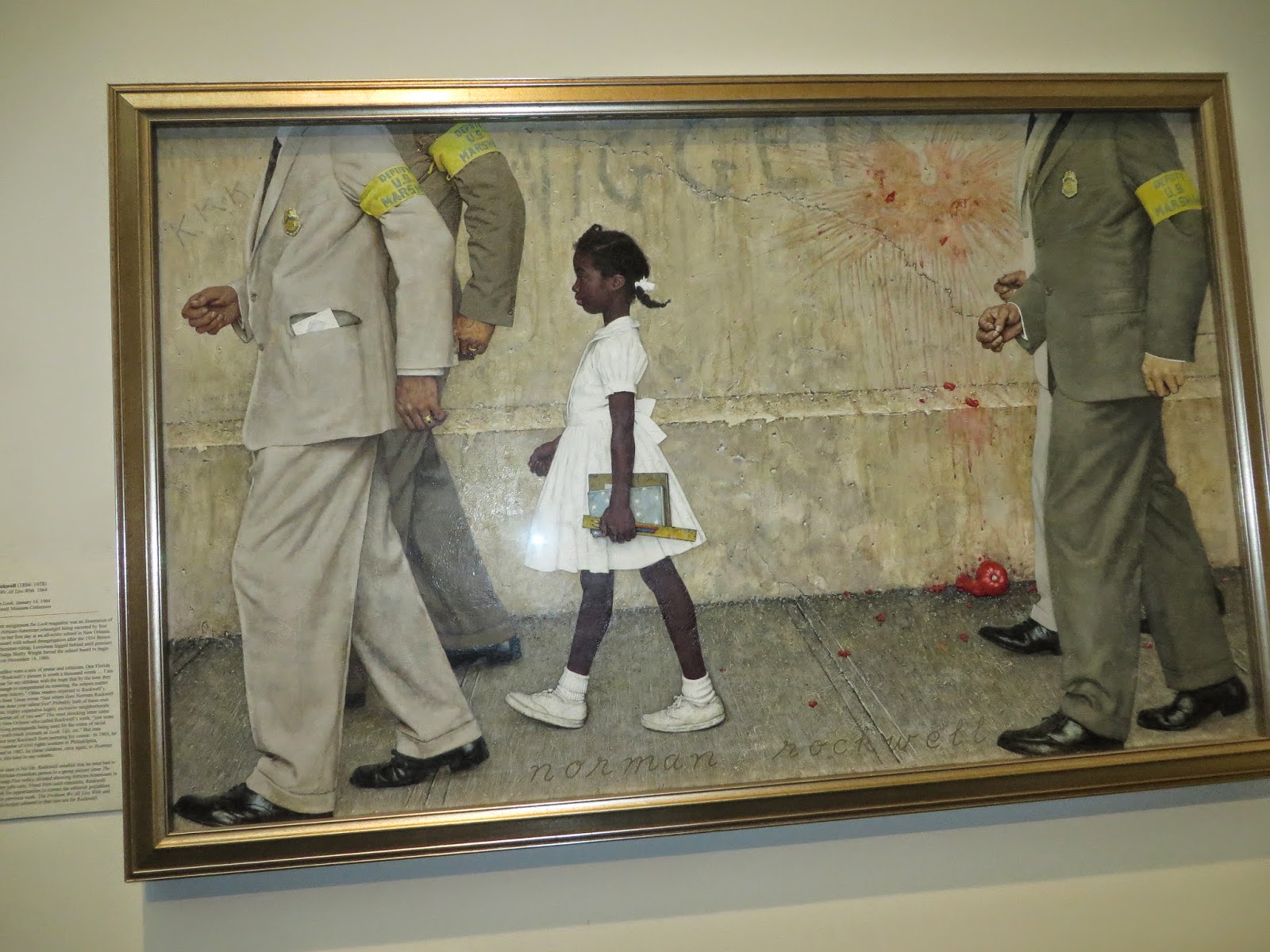 In July 2011, President Obama hung Rockwell's "The Problem We All Live With," on loan from the  Norman Rockwell Museum in a West Wing hallway near the Oval Office.
The painting depicts 6-year-old Ruby Bridges, an African-American, being escorted into William Frantz Elementary School in New Orleans as those opposed to integration yell racial slurs at her.
At the White House unveiling of the painting, President Obama told Bridges, "I think it's fair to say that if it wasn't for you guys, I wouldn't be here today." 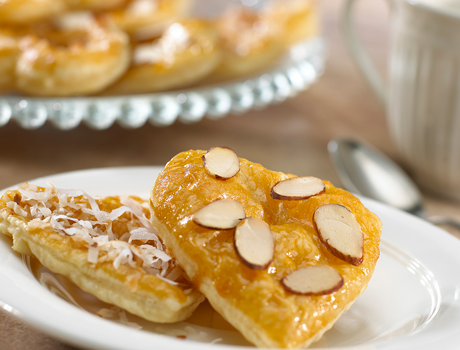 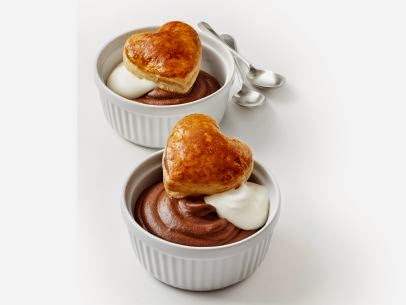 This is the link to the recipe.
http://www.foodnetwork.com/recipes/food-network-kitchens/chocolate-mousse-with-puff-pastry-hearts.html
Cook's notes: The recipe for Puff Pastry Hearts is so simple with lots of possibilities. Who would have ever guessed one heart shaped cookie cutter could create these savory snacks. They make a wonderful garnish for soups and stews with a few modifications. I added sesame seeds, finely grated Parmesan cheese and herbs. The size of these snacks depends on size of cookie cutter used. 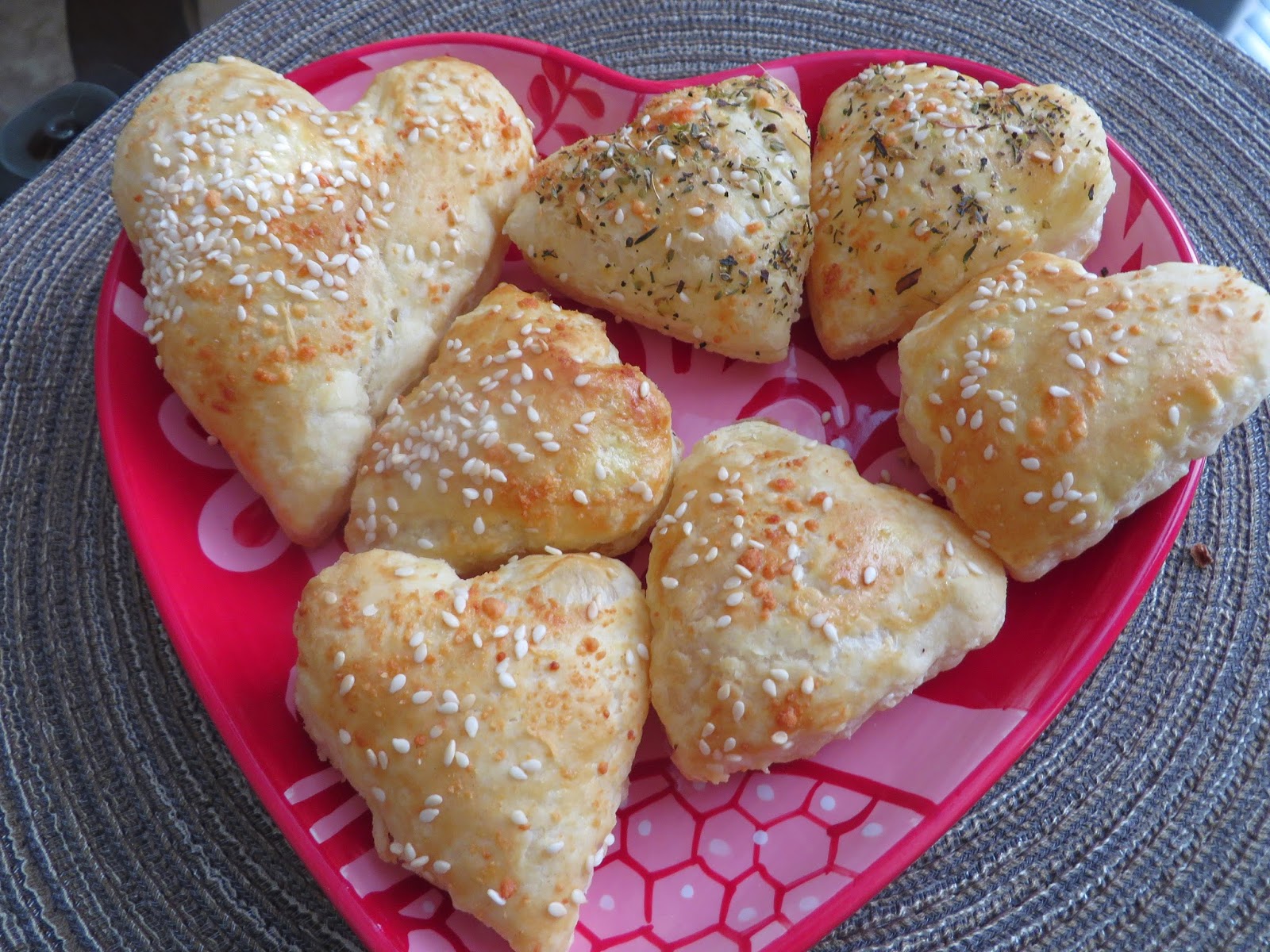 Directions:
Cook's Note: The townhome we are renting has the HGTV kitchen I've always dreammed about with granite counters, center island, a gas stove and a huge walk in pantry. The owner has only been here a few times since purchase. She does not cook so all the kitchen items looked like they have never been used. I may have a hard time letting go and returning to MN. I  thought I had "died and gone to heaven" when I saw this :) 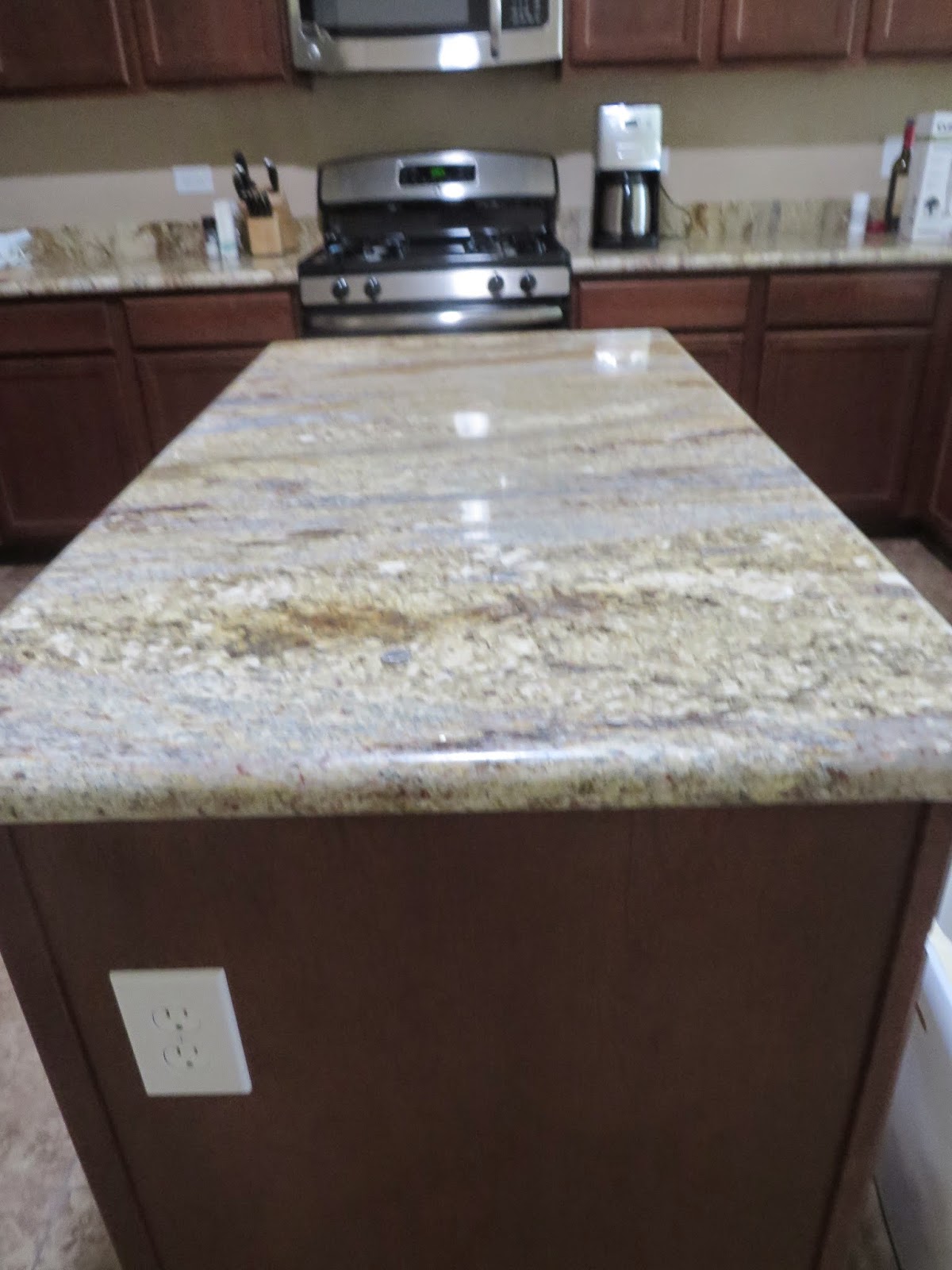