It's May and Time to Jump into a Classic 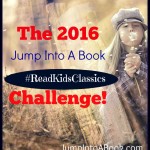 Joining me in this book-ish and fun campaign are a handful of powerhouse bloggers who are excited to share their very own #readkidsclassics picks! Look for their post on readkidsclassics or watch for specific hashtag on twitter #ReadKidsClassics by the bloggers to see what classic book reading fun they have created.
Valarie at Jump Into a Book
Jodie at Growing Book By Book
Author Barbara Ann Mojica
Cindy at One Part Sunshine
Lisa at Squishable Baby 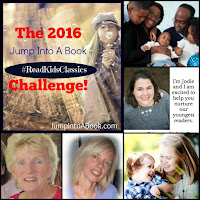 Besides reading a classic for the sheer enjoyment here are 10 reasons we'll always love classics. 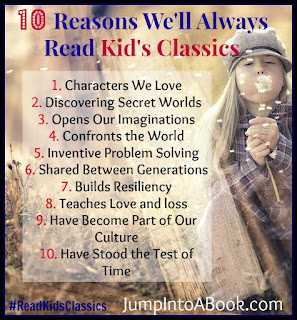 And my classic pick for May 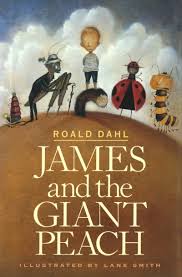 more than hits  the mark on these 10 criteria.

He was British novelist, writer of short stories, screen writer and fighter pilot. He was born in Wales in September 13, 1916. Before writing he also served in the Air Force and fought in the World War two. He was a flying ace and also an intelligence agent. Dahl known as one of the greatest storytellers for children, and was also in the list of ‘The 50 greatest British writers' since 1945.
When Dahl made up James and the Giant Peach as a bedtime story for his daughters Olivia and Tessa, little could he have known that half a century later millions of parents would read exactly the same story to their own children. It's a book that fully deserves the accolade of a children’s classic.

Roald Dahl has written entertaining children's stories that contain morals and life lessons that even adults can appreciate. In James and the Giant Peach, he handles the themes of abandonment, abuse, and redemptive reward--with justice doled out appropriately to all concerned. First published in the US in 1961 and the UK in 1967, the book’s rich imagery and amusing characters have made it a children's classic for over 50 years. Dahl also weaves funny singsong poetry into this fantastical tale which makes for a great read aloud.

I read the 1996 reprinted edition illustrated by Lane Smith. His name may be familiar to you having illustrated " The Story of The Three Little Pigs" (1989) and "The Stinky CheeseMan" (1992).


To refresh you memory on the engaging plot line...
When poor James Henry Trotter loses his parents in a horrible rhinoceros accident, he is forced to live with his two wicked aunts, Aunt Sponge and Aunt Spiker. After three years he becomes "the saddest and loneliest boy you could find". Then one day, a wizened old man in a dark-green suit gives James a bag of magic crystals that promise to reverse his misery forever. When James accidentally spills the crystals on his aunts' withered peach tree, he sets the adventure in motion. From the old tree a single peach grows, and grows, and grows some more, until finally James climbs inside the giant fruit and rolls away from his despicable aunts to a whole new life. James’s journey to New York alongside his insect friends has humor and provides a multitude of memorable moments.

"James and the Giant Peach" is a motivational tale about a boy named James Trotter who lives in an abusive situation with his Aunt Sponge and Aunt Spiker. Name calling and hard work prevent James from seeing the world, having friends and doing anything fun. But a means of escape came for James when he discovered an entry into the giant peach, growing outside his window. It was at that point when he enters a world of fantasy he becomes friends with oversized insects. As the story develops James becomes a leader, mediator and problem solver.
It was hard for me to choose  a favorite part but I loved the collaboration between James and his insect friends as the peach floats across the Atlantic attached by silk threads to over 500 seagulls' necks. The crew manage to survive attacks from 100 sharks and the cloud men.  As the story develops James is admired by his friends for his wit and cleverness which builds up his self confidence. There was lot of humor with Dahl's imagery of Old Green grasshopper and Ladybug down in the tunnel holding on to Earthworm as he is used as bait for the seagulls.

I would be reminisce if I didn't mention there have been objections by some parents on the theme of abuse and some of the language used in the book. As  a former classroom teacher I found the story had wonderful openers for discussion. I highly recommend this book for children and as a read aloud for parents and teachers. James is a champion to overcome great odds as he became a leader with true friends. The storyline teaches children how important it is to treat others with respect.
June Classic Pick "The Adventures of Tom Sawyer" 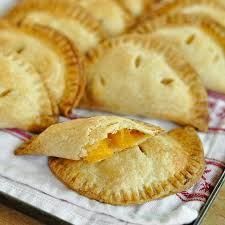