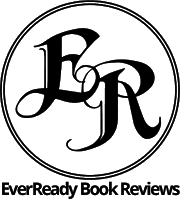 Jane Coletti Perry has a passion for preserving family history and showing how the past can shape who we are today. Marcello's Promise is Perry's first novel. 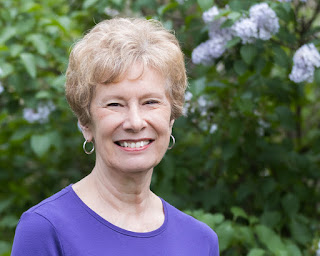 Perry grew up hearing stories about her immigrant grandparents from Italy who settled in the rough and tumble life of coal mining Cumberland,Wyoming in the early 1900's. Perry's father was part of their story. 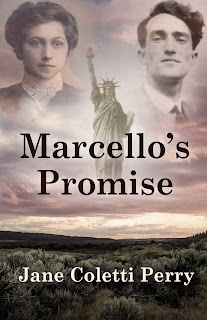 In this novel she has created a historical fictional story of her grandparents' lives to honor her family. Perry feels strongly about the importance of telling stories about those who've sacrificed so others would have a better life and to whom we owe a debt.

Cumberland, Wyoming 1912
Her grandparents' stories have stayed with her since hearing them at a young age. She has treasured them over time. Perry has previously written a memoir, Finding Sara Jane and a variety of articles for a Kansas City periodical, The Best Times.

In 1915 Marcello leaves Italy, his homeland, to pursue the American dream, a better life with more opportunities. He promises his wife Luisa and young son he will send for them as soon as he gets established with a job. Three years pass by before Marcello is able to make that dream a reality bringing his family to America for a new life. The young couple settle in Cumberland, Wyoming, a mining town operated by Union Pacific Coal Company. The town is defined by the backbreaking life in coal mines, bitter labor disputes, realities of a harsh frontier life, fighting cowboys, Prohibition, bootlegging, and extended family skirmishes. Luisa bravely endures her new life while Marcello remains steadfast in his goal to provide a better life for his family living in America. A series of climatic events threaten Marcello's family and their dreams. It becomes imperative for him to reevaluate his life's goals. 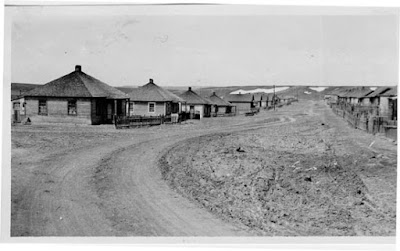 Miners' Quarters, Cumberland Wyoming
Perry has created relatable and believable characters in plausible situations. The story line is more character driven as Marcello wants to create his own destiny and Luisa wants to be his helpmate. What is best for the family is the driving force for each of them but eventually the provider vs the protector clash. Luisa's character becomes stronger as the story develops. She is not afraid to stand up to her husband and express her fears as Marcello becomes more involved in his brother's bootlegging operations.

Clear and concise writing moves the story's action along at a steady pace. The reader easily is drawn into the story and its drama. Perry's extensive research for historical accuracy gives the story an authentic tone. Her description of steerage conditions for immigrants, processing at Ellis Island, coal miming history, equipment and hazards, moonshine, and the history of Southwest Wyoming all give the story a real feel.

Perry's grandparents were ordinary people doing extraordinary things. Their everyday courage, sacrifice, determination, faith and love are stories worth sharing. I applaud the author on writing such a wonderful story that truly comes from the heart to honor her ancestors. You know it's a good solid story when you wish it wouldn't end. One can't help wonder what will happen next to the Corsi family as they embark on a new adventure.

Check out Perry's blog/http://janecolettiperry.com/for historical tidbits related to the background of Marcello's Promise.
The book is available for pre-order on Amazon with a publication date of December 2019.
at October 29, 2019