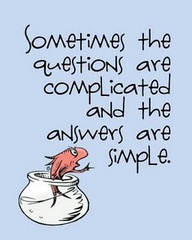 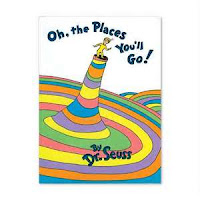 In 1937, he published his first children's book, And to Think That I Saw It on Mulberry Street, which he said was inspired by the rhythms of a steamliner cruiser he was on. He wrote the book, and much of the rest of his life's work, in rhyming anapestic meter, also called trisyllabic meter. The meter is very alluring and catchy, and Seuss's masterful use of it is a big part of why his books are so enjoyable to read.

William Spaulding, a publisher from Houghton Mifflin's educational division, thought that maybe a guy named Dr. Seuss, who'd published a few not-well-known but very imaginative children's books, might be able to write a book that would be really good for teaching kids how to read. He invited Dr. Seuss to dinner and said, "Write me a story that first-graders can't put down!"

Dr. Seuss spent nine months composing The Cat in the Hat. It uses just 220 different words and is 1,702 words long. He was a meticulous reviser, and he once said: "Writing for children is murder. A chapter has to be boiled down to a paragraph. Every word has to count."
Within a year of publication, The Cat in the Hat was selling 12,000 copies a month; within five years, it had sold a million copies. 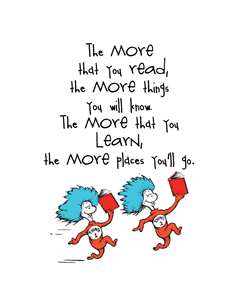 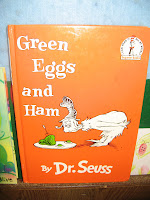 Green eggs, ham and green bread were on the menu recently for the kindergartners as part of their Dr. Seuss celebration for Read Across America, reading event. 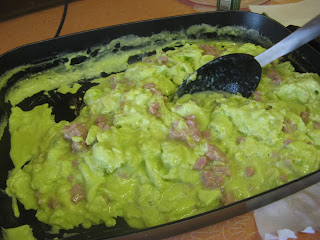 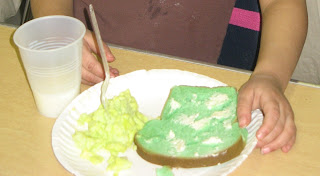 So today might I suggest you revisit one of your favorite Dr. Seuss's book and share with a child. And really... green eggs and ham tastes pretty good but I'm not too sure about the green bread :)
at March 02, 2013