Best of the Southwest and The World According to Bella 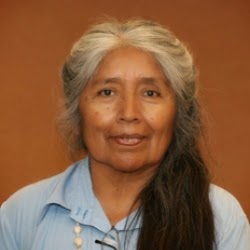 Poet-Ofelia Zepeda
A member of the Tohono O’odham Nation, Zepeda teaches at the University of Arizona, where she has been the director of the American Indian Studies Program and is the director of the American Indian Language Development Institute. She is the author of the first book on the grammar of the Tohono O’odham language,A Tohono O’odham Grammar. Zepeda’s poetry collections include Ocean Power: Poems from the Desertand Jewed’l-hoi/Earth Movements. She edits Sun Tracks, a book series devoted to publishing work by Native American artists and writers, at the University of Arizona Press. In 1999, Zepeda was awarded a MacArthur Fellowship for her lifelong work on American Indian language issues.

A recent purchase of Ofelia's poem book "Where Clouds Are Formed" sent me on a search to find out more about this Native American poet. I was quite taken with the spiritual essence of her poems and Zepeda's reverence toward nature. She posseses almost a kind of double vision seeing the contemporary world through her own highly observant eyes and, at the same time, through the eyes of her Tohono O’odham ancestors. Keeping the past always present comes through in each of her poems as well as her love of the desert. 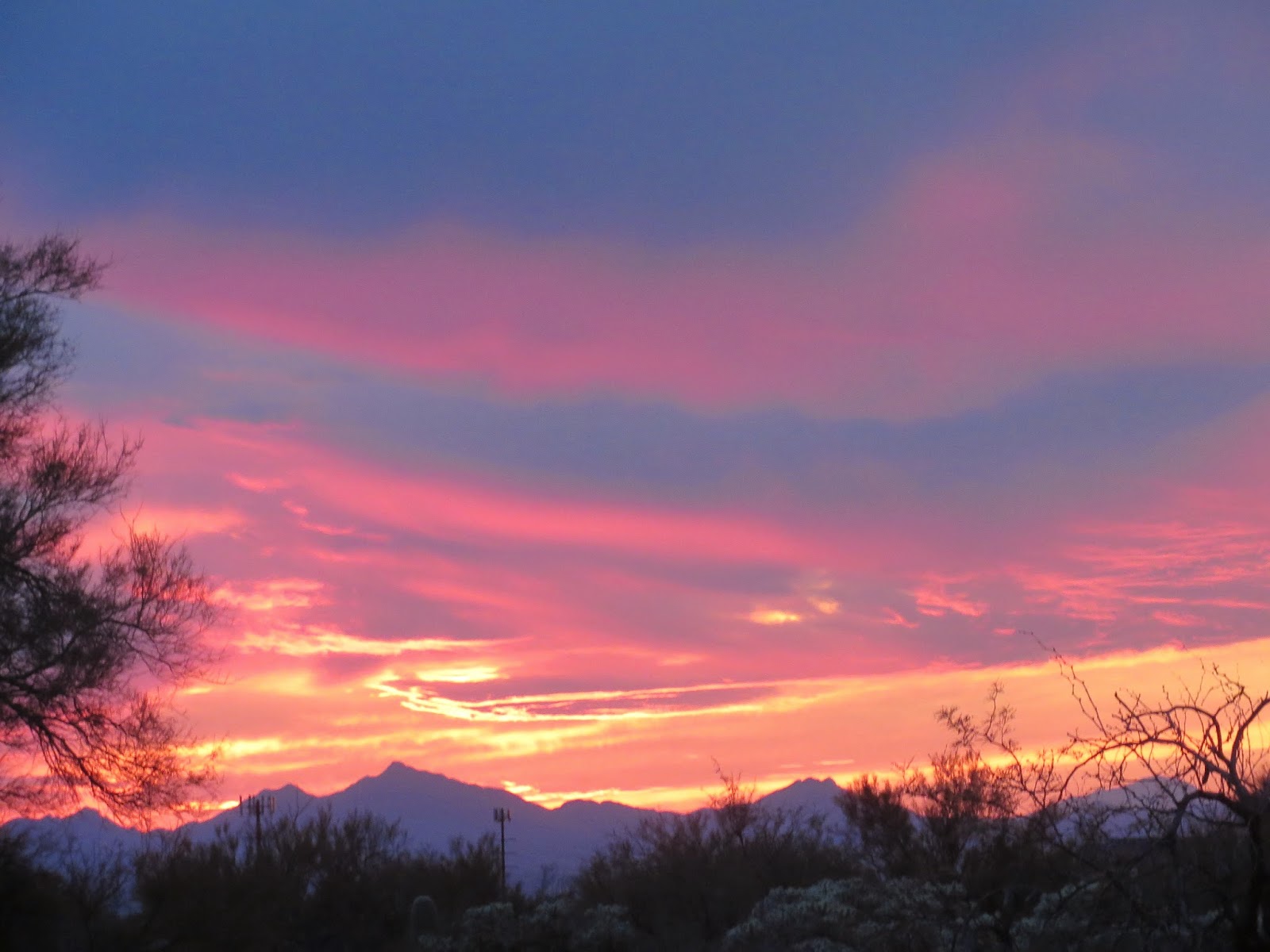 Sunset
by Ofelia Zepeda
"Where Clouds Are Formed"

BAD NEWS: I was left behind while Mr.C and Mrs. S took a field trip to Sabino Canyon. And I was so ready for this hiking trip with my brand new collapsible water bowl. 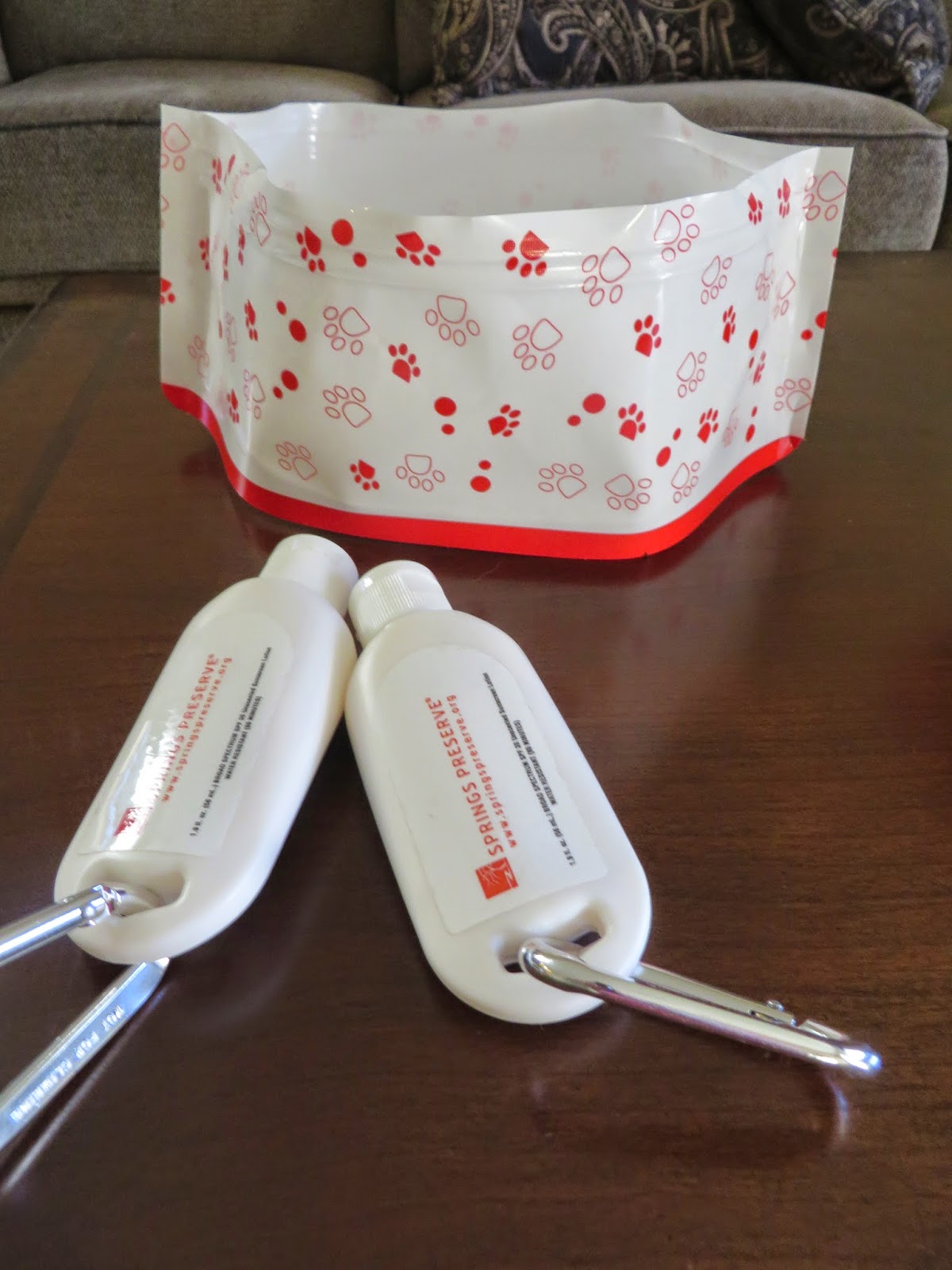 It was a gift from one of our lake neighbors who came to visit. I thought it was just the perfect gift since I am always so  thirsty. It's hard to drink out of a water bottle and sometimes Mr.C forgets a bowl to put the water in. This lady thought of everything. She even brought these carabiner sun screen containers to hook onto Mr.C's backpack. Sadly, I missed it all just because of some dumb rule that said NO PETS ALLOWED.
When Mrs S tried to show me all her pictures I couldn't take it any longer. I don't like missing all the fun. I went outside and took a nap. 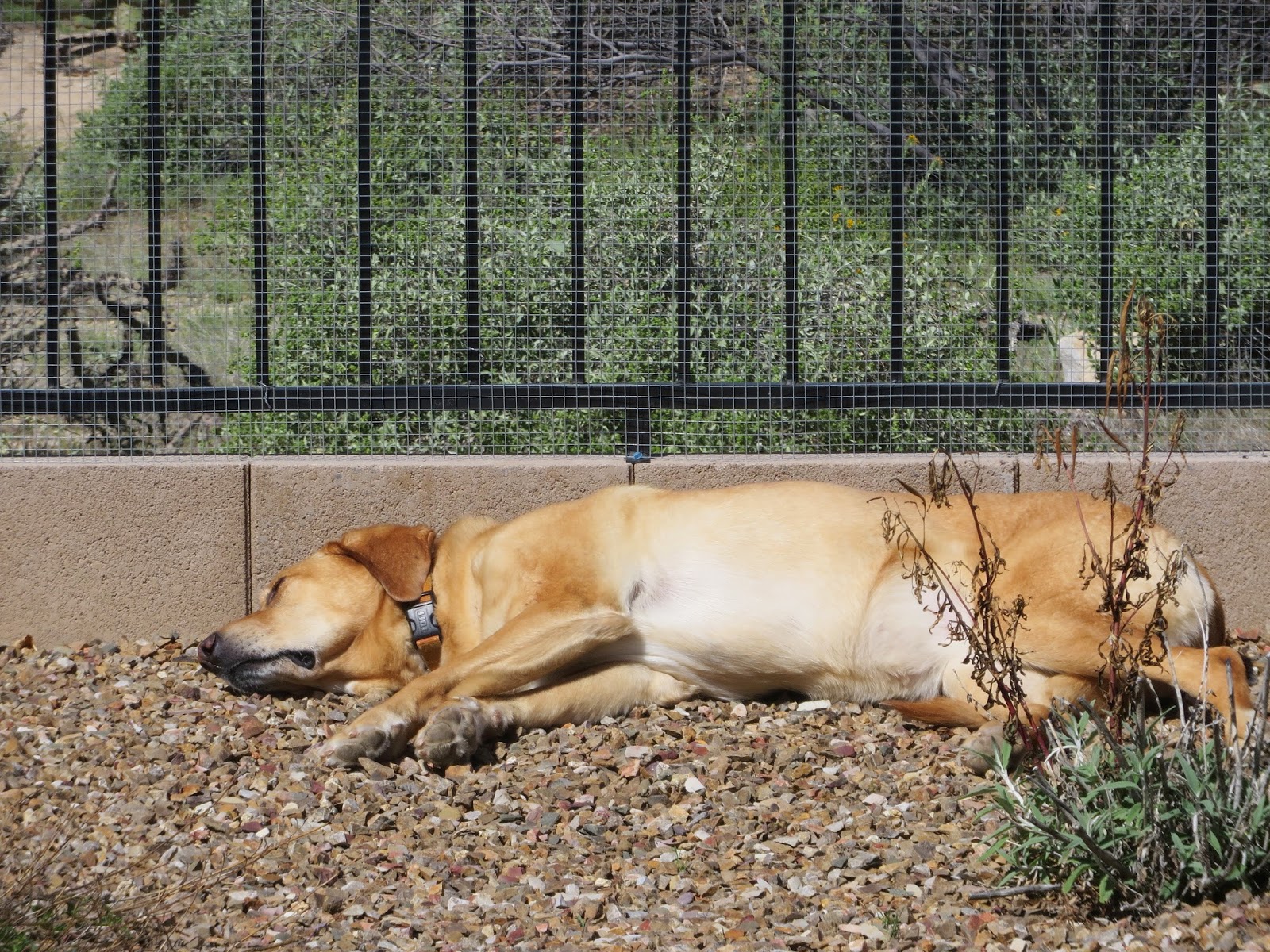 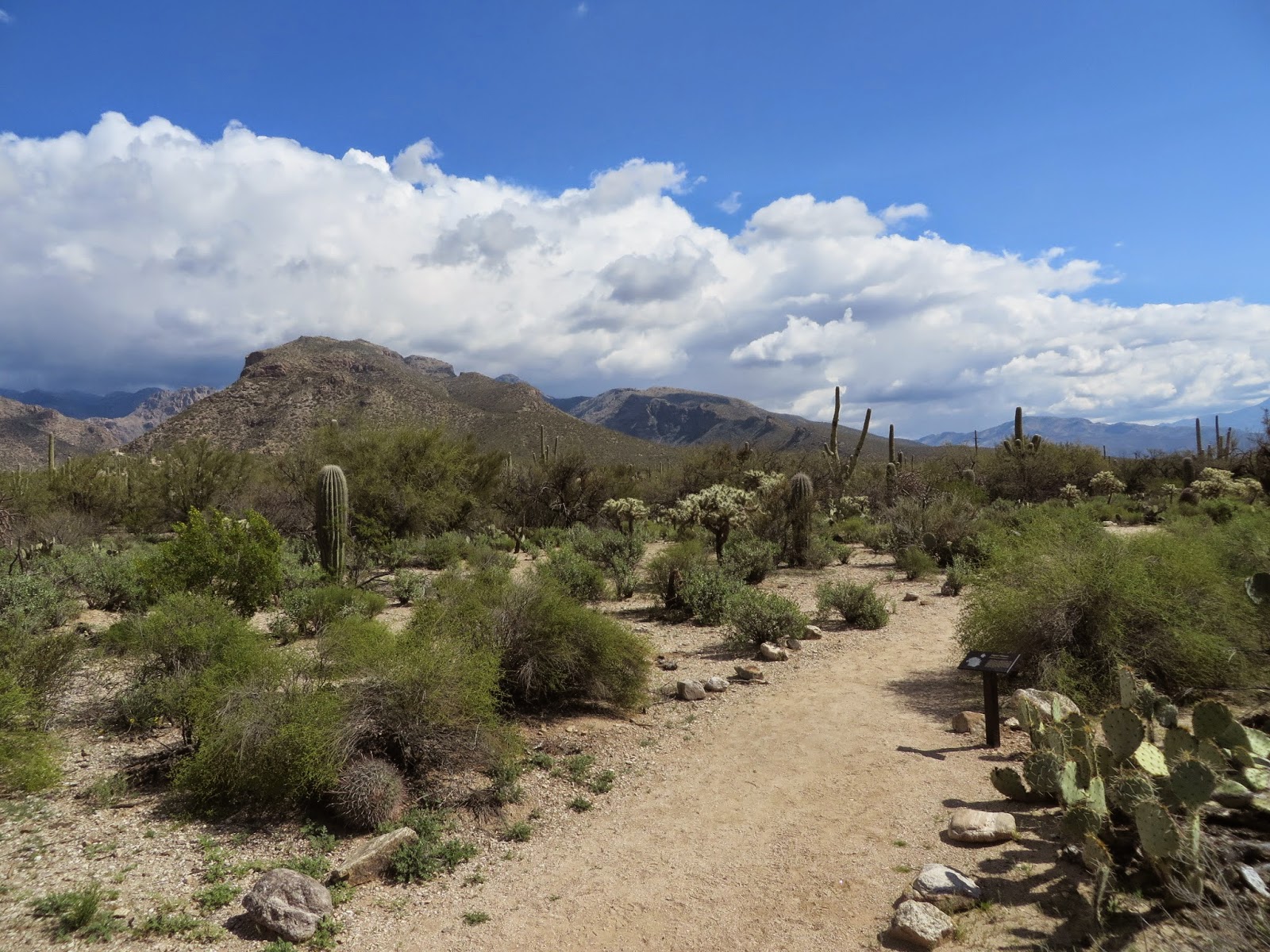 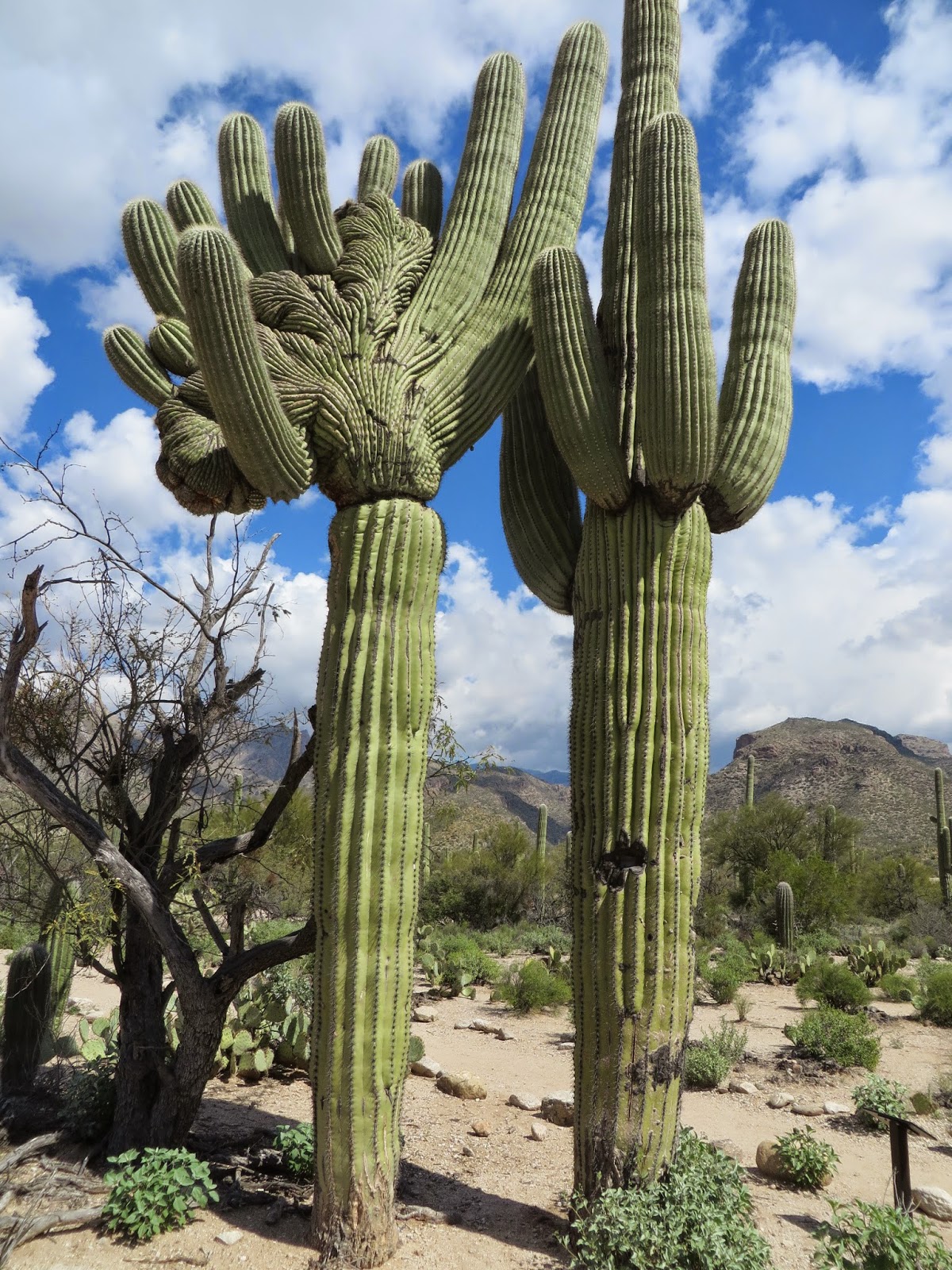 Note the Saguaro Cactus on the left. It is called Cristate Saguaro. It is rare because it varies from a normal growth pattern. Many theories abound;virus, genetics, lightning, frost, microscopic insects however none of these have been confirmed. 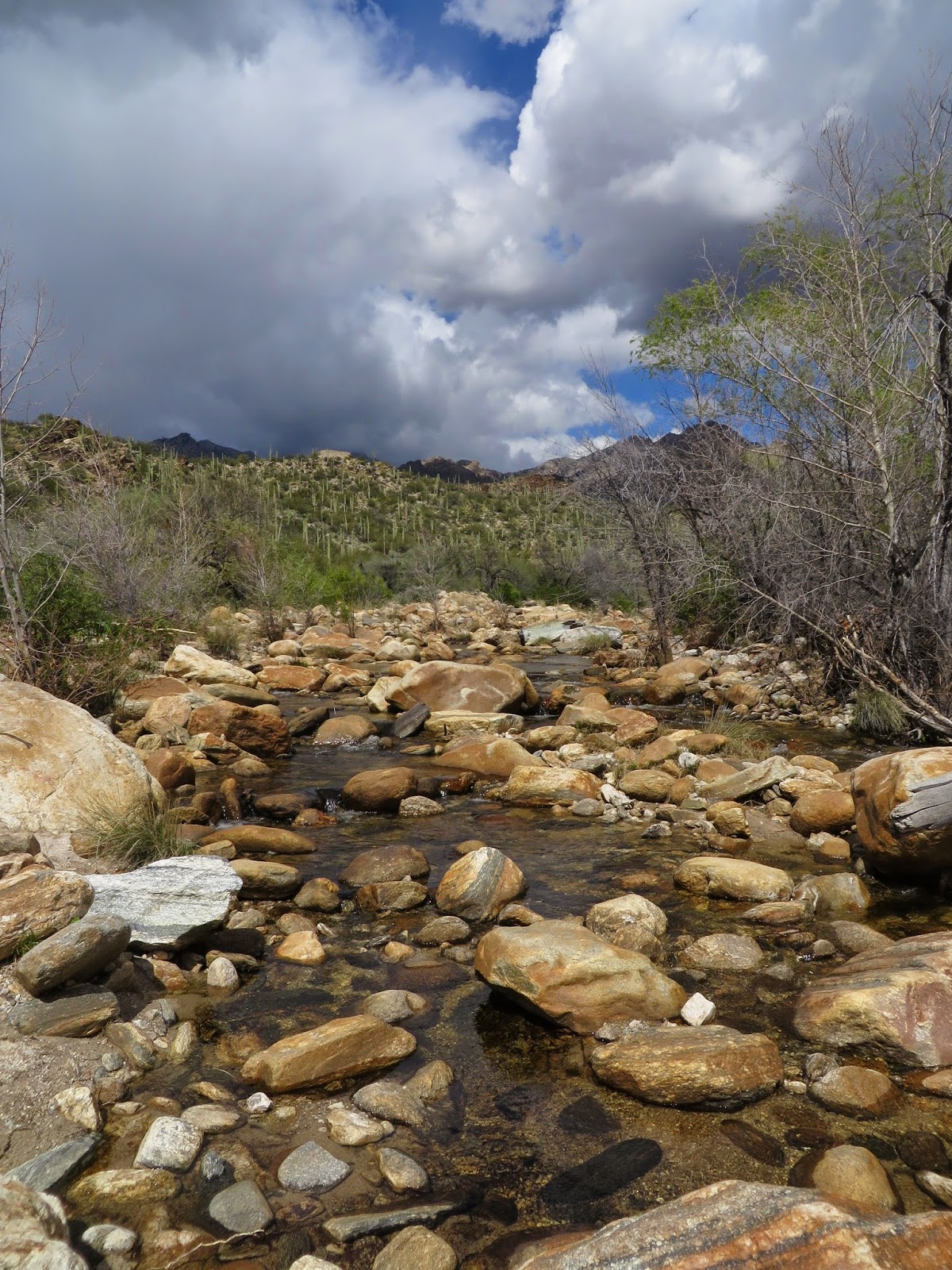 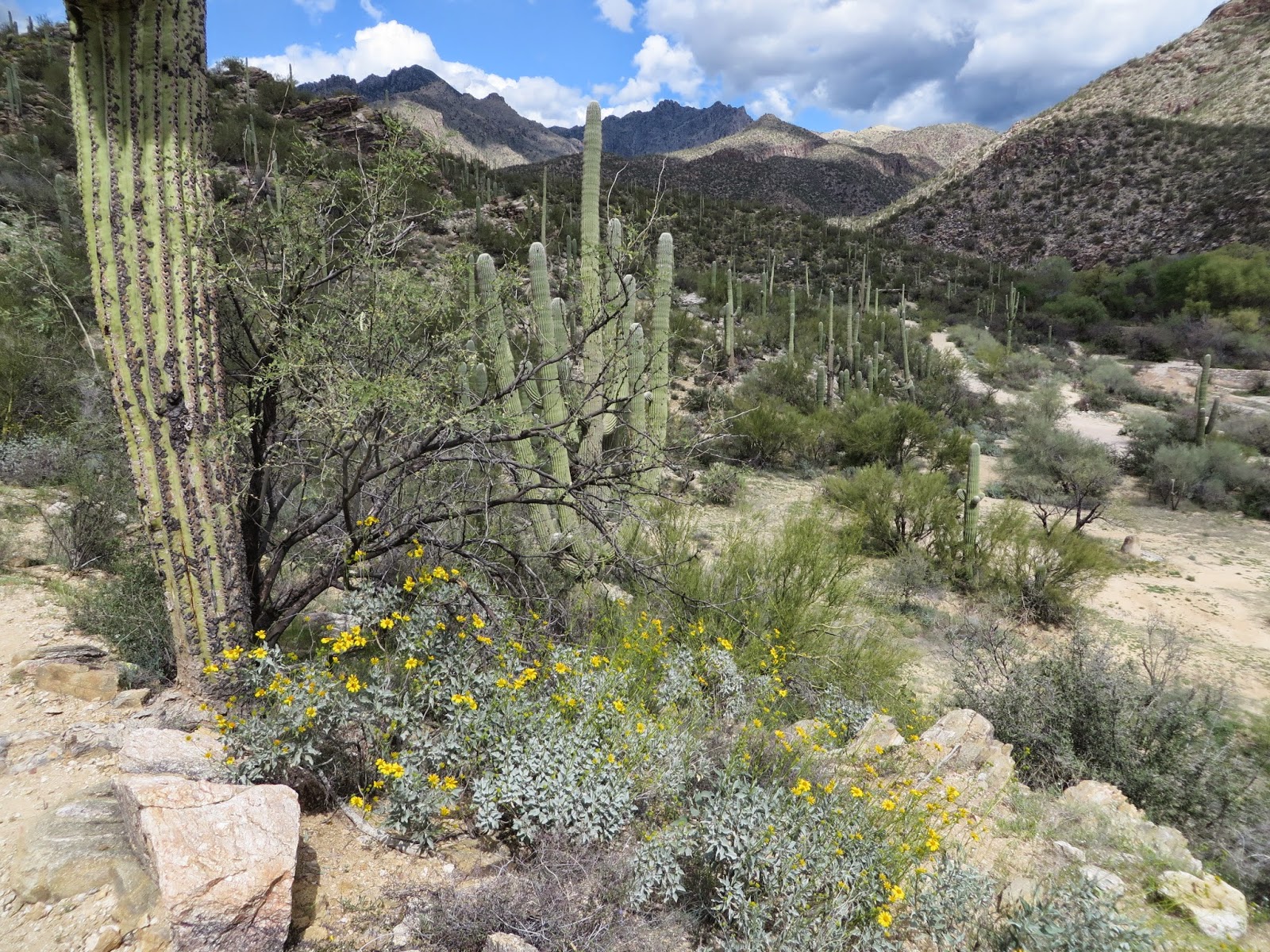 The desert is just starting to bloom.