The World According to Bella and Baileys Irish Cream Pound Cake

Danger in the Desert
When Mr. C and Mrs. S signed on for this trip they failed to tell me about the dangers lurking in the desert. Perhaps I should have paid more attention on day one when Mrs. S and I saw this sign at the rest stop. 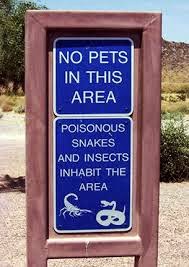 In the six weeks I have been here I've yet to see a snake on my walks through the desert to the dog park, only desert rats and roadrunners. This past week two scary things have happened. But I want you to know I did my best to protect Mr.C
First a coyote came running out of the desert. It crossed the street right in front of us. I gave my bravest, loudest bark and that scared it right off. But yesterday was more than scary. I could barely get out a bark. I was sure Mr. C and I were in BIG trouble. We were on our usual walk on the desert path to the park. Out of nowhere came 8 and I mean 8 javelinas! We were definitely outnumbered. And they're just plain UGLY and HUGE. Mrs. S once took a picture of two sleeping at the desert museum but she was behind a fence. 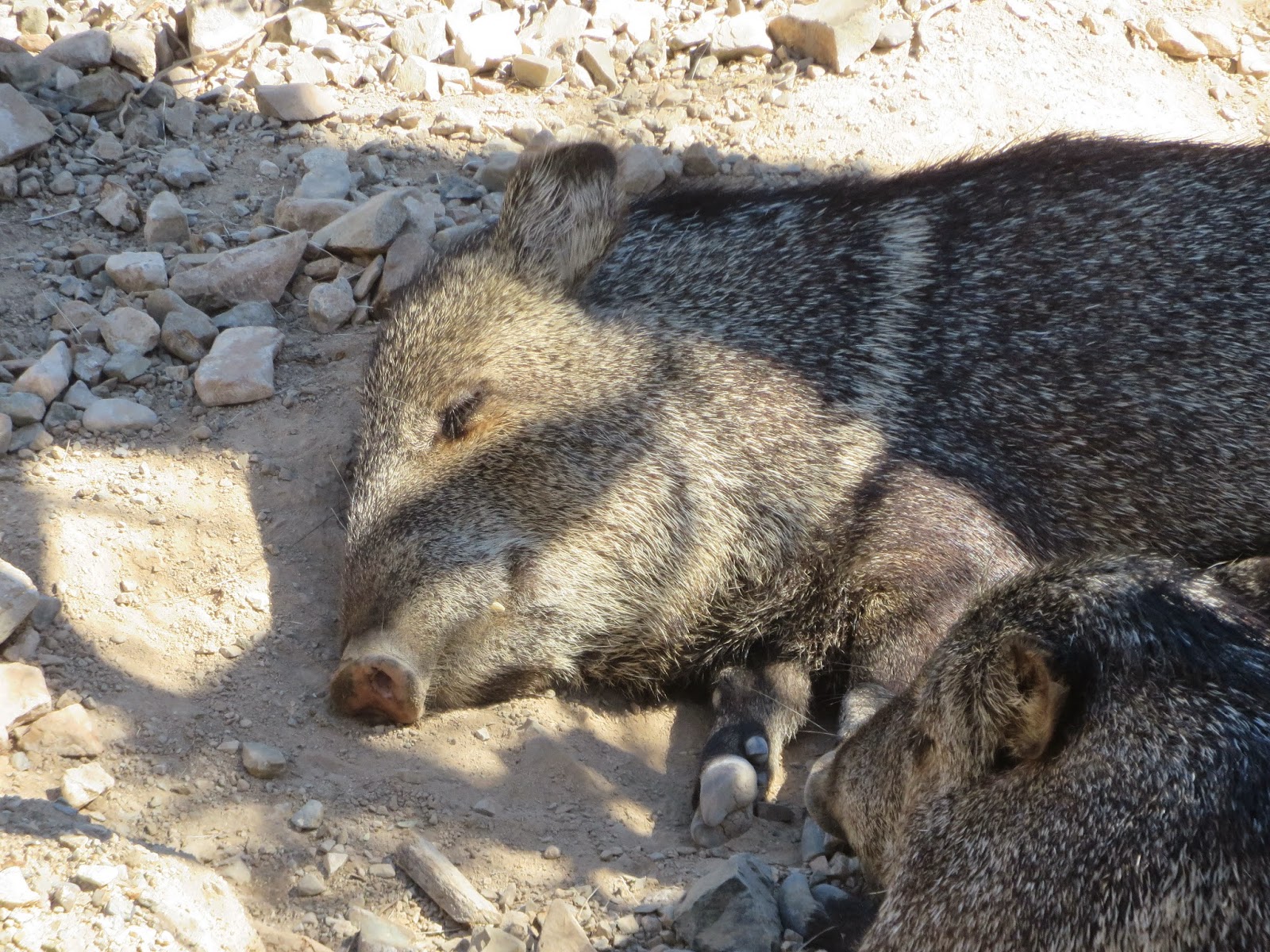 But once I got going on the barking thing I couldn't stop. I managed to scare them off and dragged Mr. C in an opposite direction. Lucky for him he was still holding on to my leash. Neither of us ever looked back. We learned later javelinas can be a problem in neighborhoods. They are always looking for food so garbage can't be put out the night before. Just the thought of 8 of so close by makes me shake.


I'm starting to miss home. I've been gone so long my buddies probably have forgotten me. And I know all the snow and ice are gone but the problem seems to be Mr. C and Mrs. S. I just don't see them packing at all. I'm getting worried.
Love, Bella 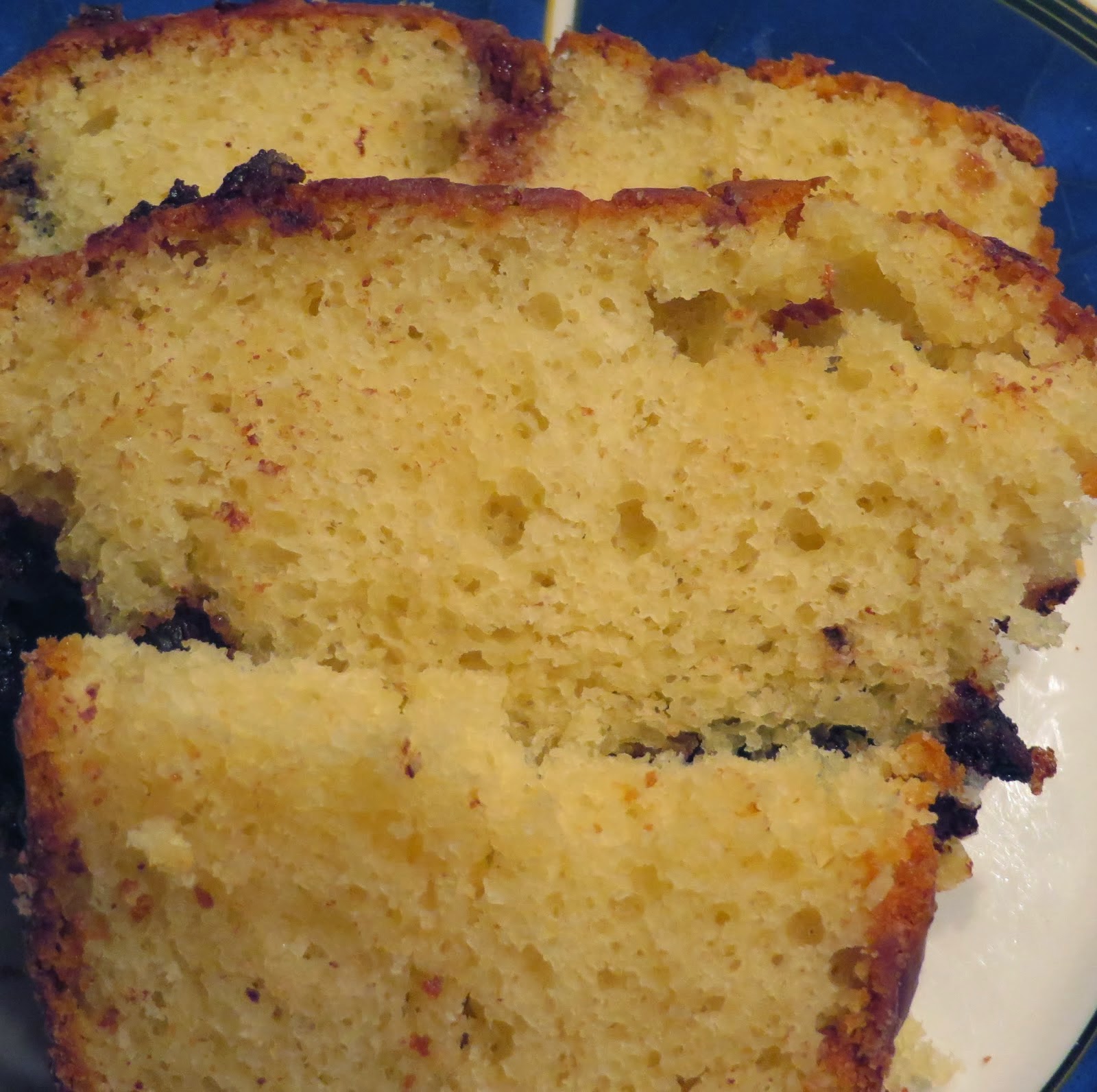 Baileys Irish Cream Pound Cake
Cook's notes: This cake is loaded with flavor and very moist. It is a very straightforward recipe and easy to put together. The frosting is so good you could just eat it right out of the bowl.
Recipe from lemontreedwelling.com