U.S. Route 66 also known as the Will Rogers Highway and colloquially known as the Main Street of America or the Mother Road, was one of the original highways within the U. S. Highway System. Route 66 was established on November 11, 1926, with road signs erected the following year. The highway, which became one of the most famous roads in America, originally ran from Chicago, Illinois, through Missouri, Kansas, Oklahoma, Texas, New Mexico and Arizona. before ending at Santa Monica,, California, covering a total of 2,448 miles. It was recognized in popular culture by both the hit song "Get Your Kicks on Route 66" and the Route 66 television show in  the 1960's.

Route 66 served as a major path for those who migrated west, especially during the Dust Bowl of the 1930s, and it supported the economies of the communities through which the road passed. People doing business along the route became prosperous due to the growing popularity of the highway, and those same people later fought to keep the highway alive in the face of the growing threat of being bypassed by the new Interstate Highway System.

Route 66 underwent many improvements and realignments over its lifetime, and it was officially removed from the United States Highway System on June 27, 1985, after it had been replaced in its entirety by the Interstate Highway System. 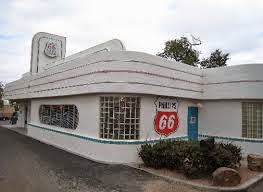 A visit to Route 66 Diner in Albuquerque on the way to Santa Fe was a nostalgic step back into the 50's. This historic Route 66 classic features a 50s theme replete with pony-tailed waitresses in blue skirts and bobby socks. The themed menu featured an assortment of milkshakes, hamburgers, fries and some Southwest fare mixed in. 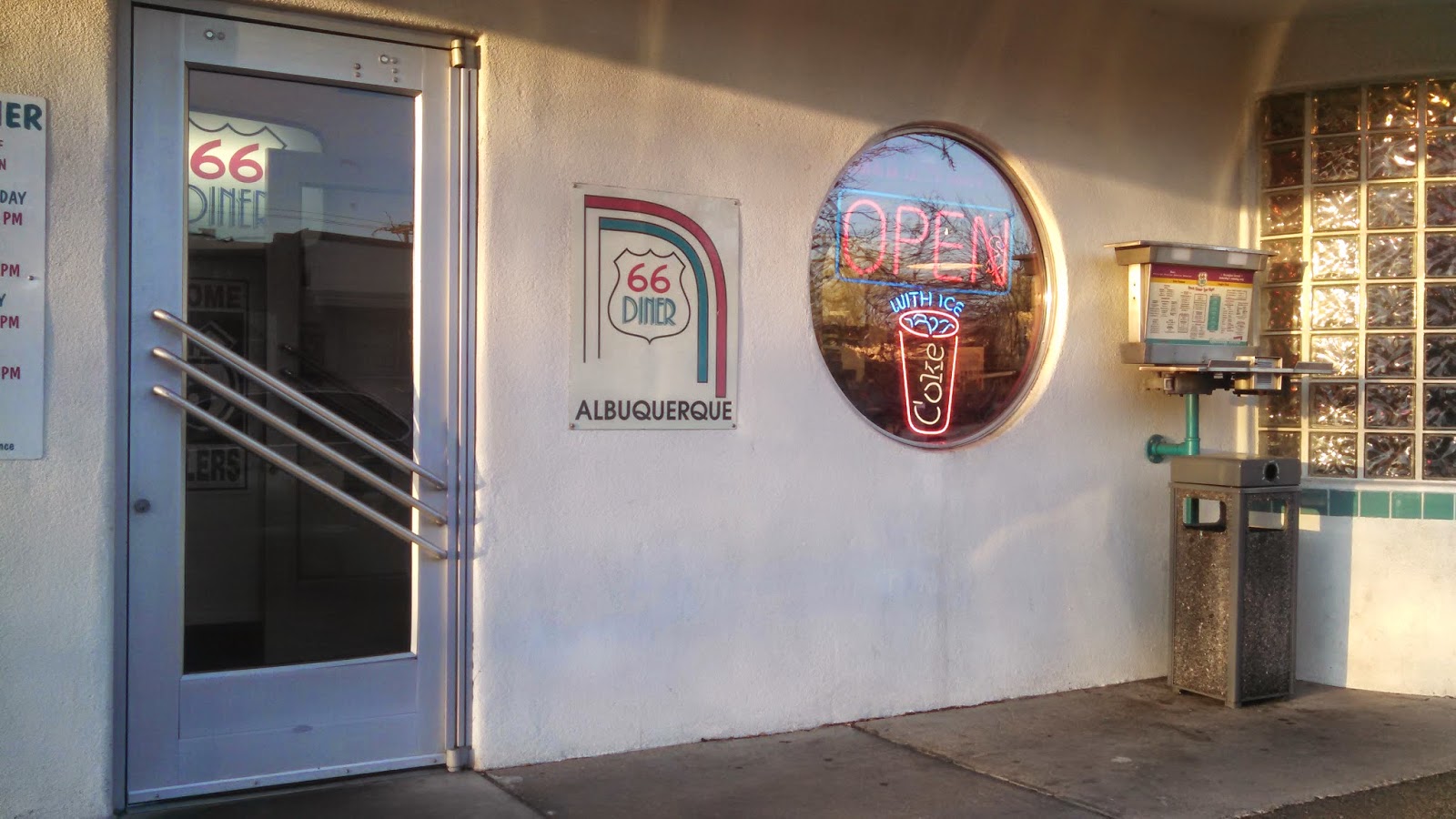 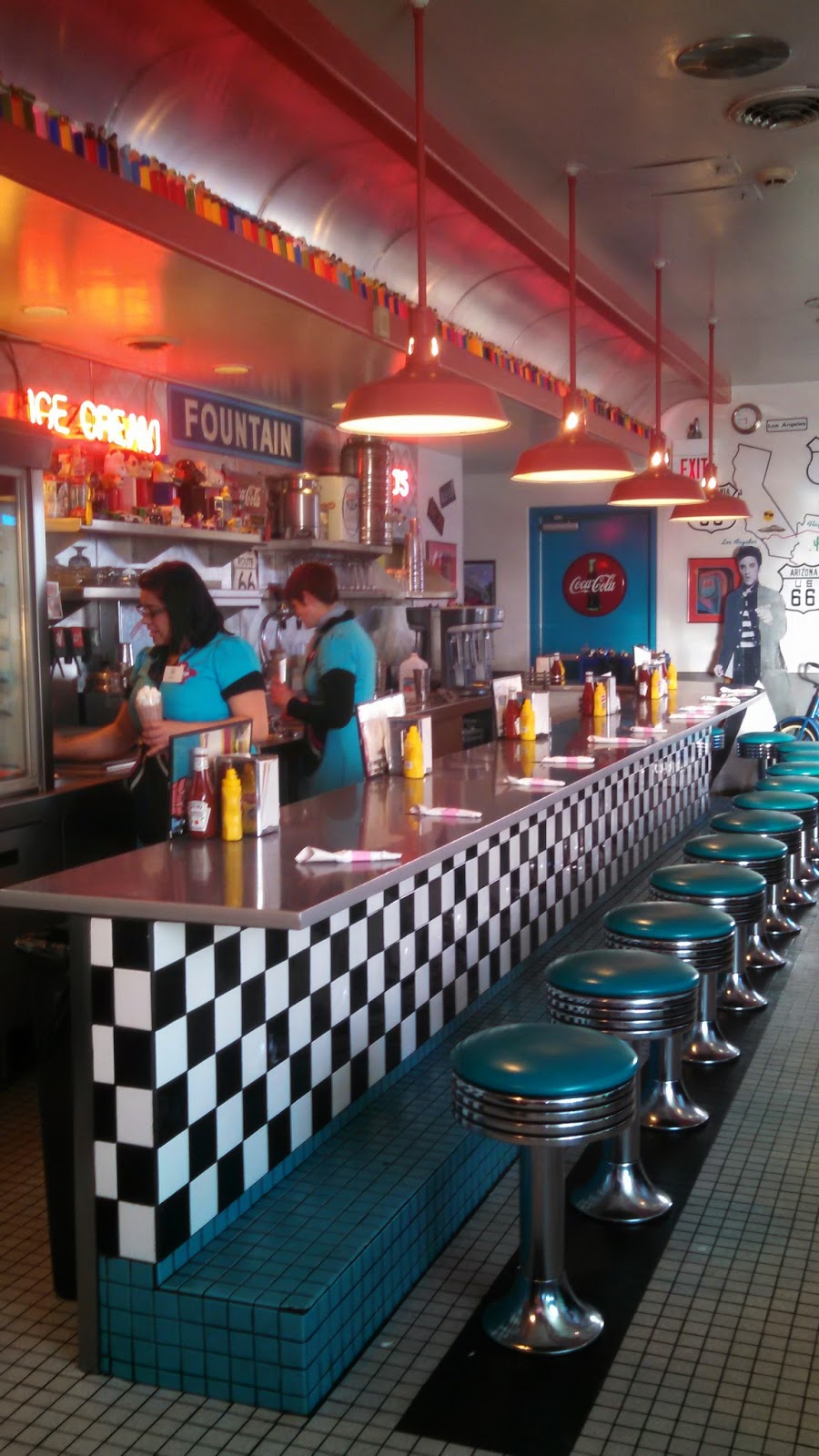 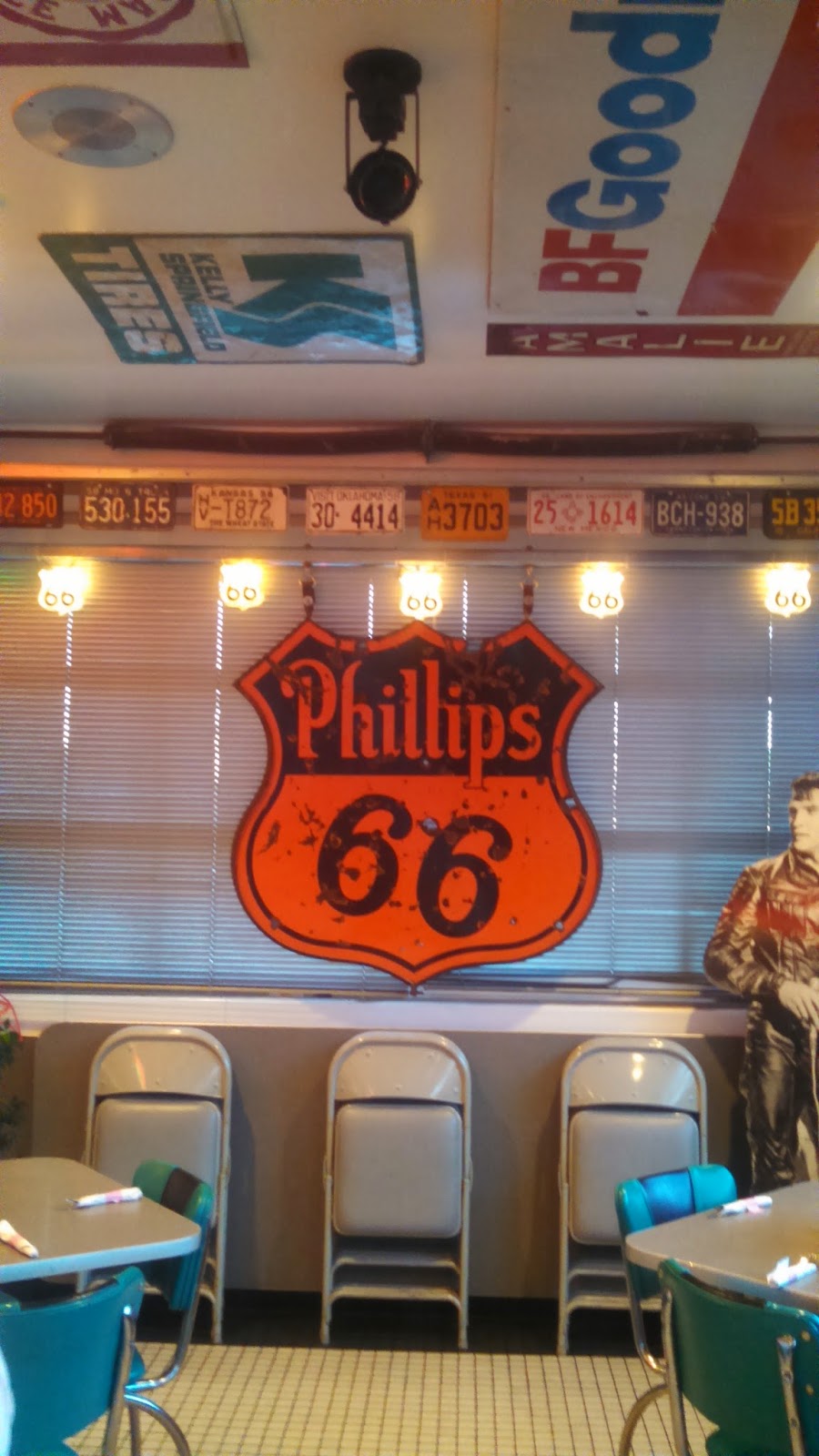 Lots of interesting memorabilia on and along the walls 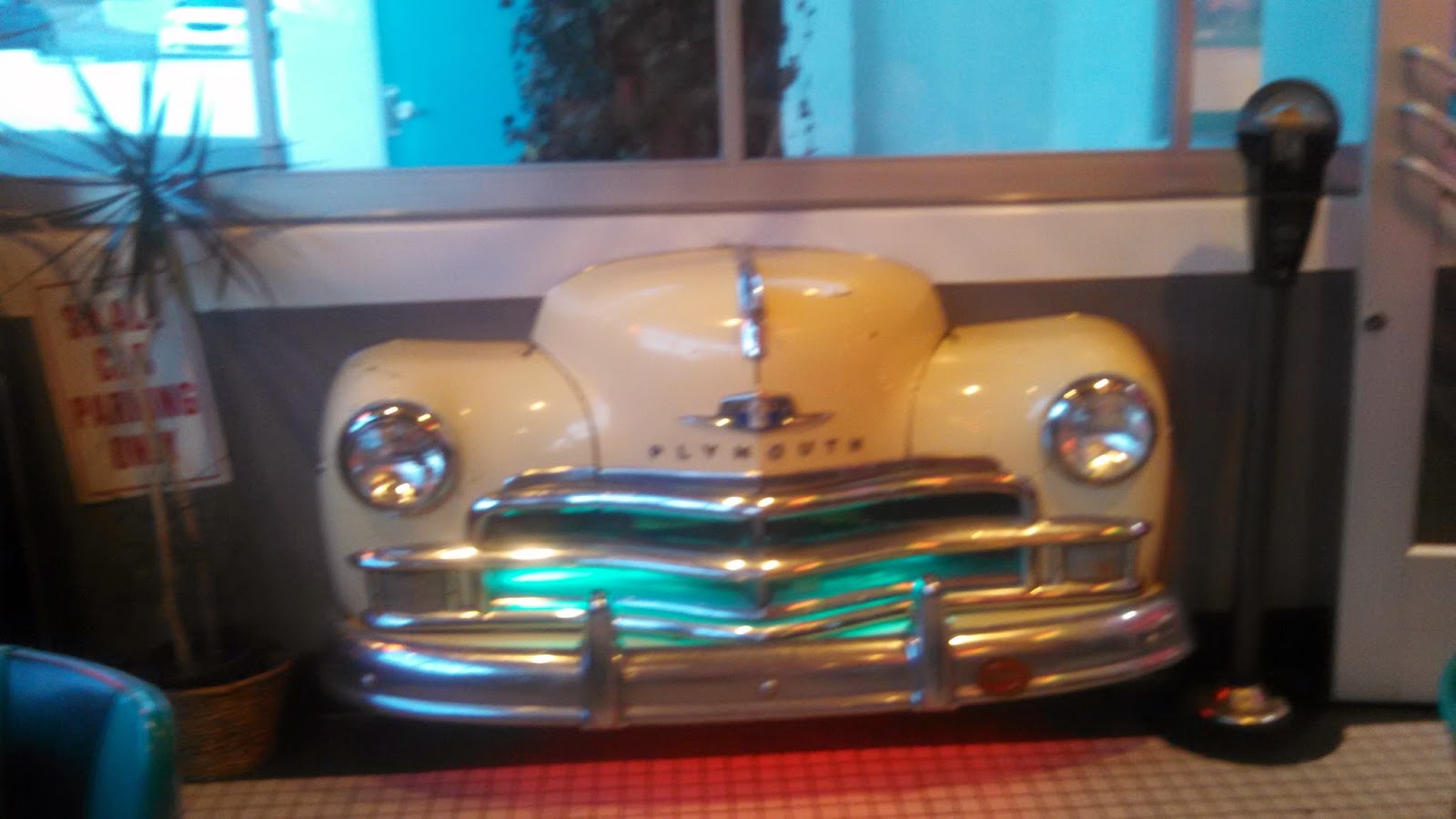 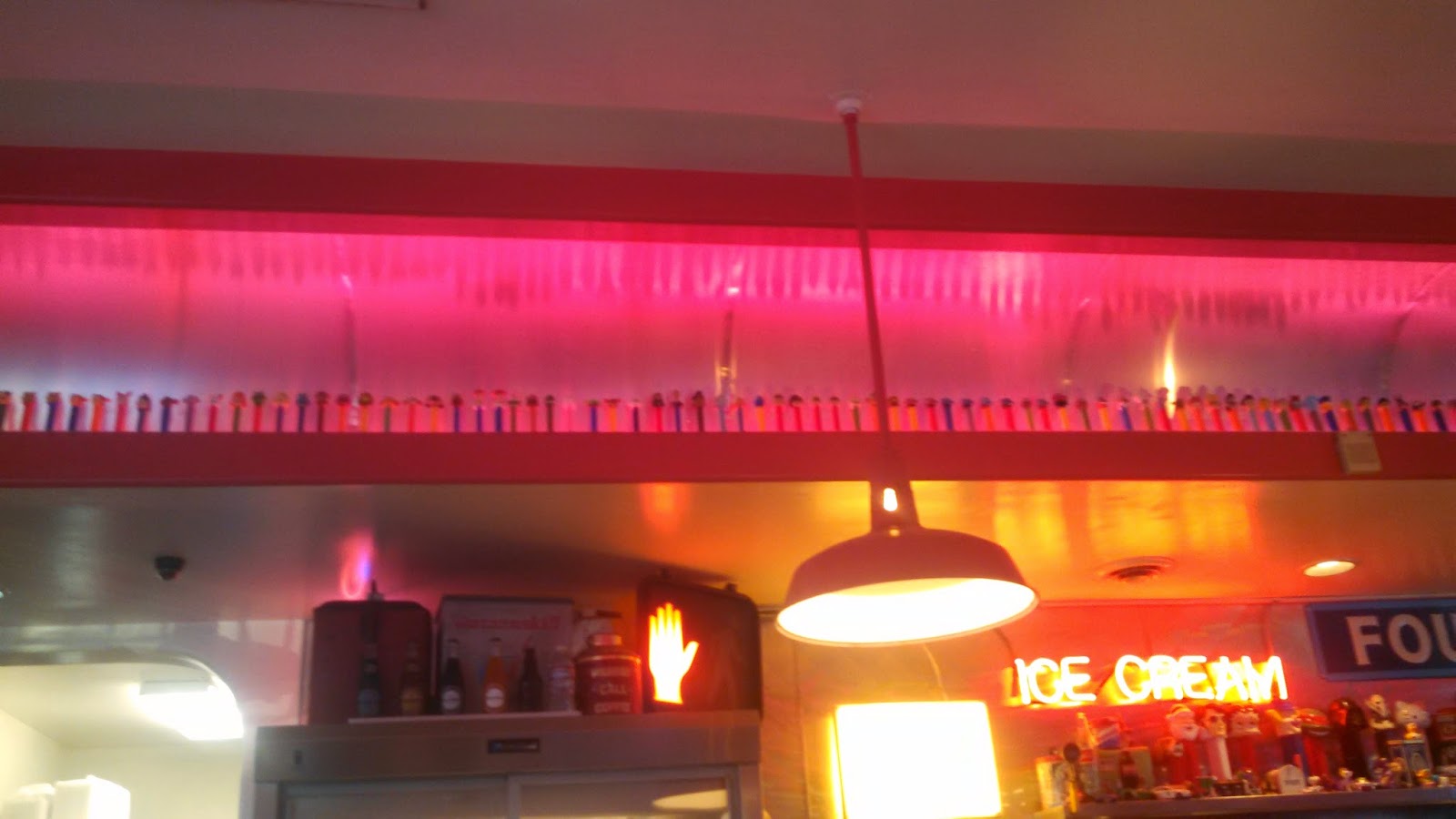 It was hard to get this picture to really showcase the largest Pez collection I have even seen. They were lined up all around the room.

Besides the food I enjoyed hanging out with Elvis and listening to all his tunes.