The Length of a String 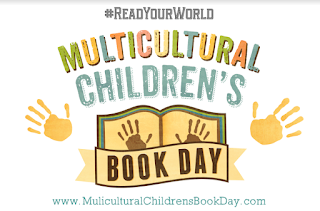 Multicultural Children’s Book Day January 25, 2019 is in its 6th year and was founded by Valarie Budayr from Jump Into A Book and Mia Wenjen from PragmaticMom. Their mission is to raise awareness of the ongoing need to include kids’ books that celebrate diversity in homes and school bookshelves while also working diligently to get more of these types of books into the hands of young readers, parents and educators.

I am honored to participate again in this wonderful event as a book reviewer for The Length of a String by Elissa Weissman. 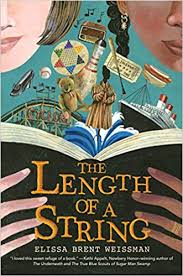 The Length of a String is historical fiction YA novel told in two parallel narratives from the perspective of Imani in 2014 and Anna in 1941. The book is extremely well-written and an engrossing novel that connects the past to the present. The story is told with heart and genuine emotion. Readers can easily relate to the characters who are placed in realistic situations. It was one of those books you wished wouldn't end. 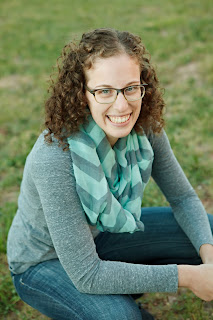 Elissa Brent Weissman is an award-winning author of novels for young readers. Best known for the popular Nerd Camp series, she and her books have been featured in Entertainment Weekly, The Washington Post, The Los Angeles Times, The Huffington Post, NPR’s “Here and Now,” and more. Named one of CBS Baltimore’s Best Authors in Maryland, Elissa lives in Baltimore City, where she teaches creative writing to children, college students, and adults. This is Weissman's first attempt at writing historical fiction. At first she was intimidated by the amount of research involved but in the end it was one of her favorite components of writing the book. Anna's story is based on Weissman's own family history.  Alternating between two stories and time periods required extra attention to balance, pacing and voice for Weissman and she successfully created a very satisfying story.


Twelve year-old Imani was told she could have anything she wanted for her bat mitzvah gift. And she knows just what she wants, but she's too afraid to ask for it. Imani is adopted and wondering who she is and who are her biological parents. It's especially important to her since she is a young black girl adopted by a white Jewish couple. Her brother, Jaime from Guatemala, also adopted, shows no interest in knowing who his biological parents are.

As part of preparation for the Bar/Bat Mitzvah year, Imani’s Hebrew school class,is involved in a special project that involves genealogy and exploration of family roots. It's 2014 and Imani’s beloved great grandmother, Anna, has died.  A diary she wrote as a child is discovered in her apartment, tucked away on a crowded bookshelf. Anna has promised the books to her great-grandchildren, Imani being one of them.

Anna's story unfolds through the pages of her diary. She is 12 and World War II is unfolding with the Nazis starting to invade Luxembourg. With only enough money to cover the cost of sending one child to possible safety, her parents chose the resilient and determined twelve-year-old to not only cross the Atlantic on her own but also settle with a new adopted family. Anna chronicles this journey from Luxembourg to America as she wants to document the experience for her beloved twin sister, Belle, whom she had to leave behind. As Imani reads Anna's diary she shares many of the diary entries with her best friend Madeline. They learn Anna is sent to live with a family in the Bensonhurst section of Brooklyn. Not only does Anna have to adapt to life in a new country, new school, new language and culture, but also cope with lack of news of her family's safety or well being following the Nazi invasion of her tiny homeland.

As Imani continues to read through Anna's diary she begins to develop a kinship with her ancestor since both of them are adopted. The novel is also a coming of age story for Imani as she begins to think about searching for her biological family's roots and the impact that search might have on her adoptive family. Imani fears if she brings up the subject it will hurt her parents' feelings. The simultaneous searches for clues into the fate of Anna's family and Imani's birth parents intertwine into a fascinating story.

I thought the author used a clever storytelling technique using modern technology as part of the story for young readers to make more of a connection with the characters. When there was information we the readers needed that wasn't available from Anna's diary perspective, Imani would then Google a topic or ask an older family member to get the answer. Also she and Madeline would text each other over everyday happenings and new developments in diary entries. Making a technology connection and employing current research techniques was a good way to bridge two stories, one from the past and one in present day.

Weissman expertly describes Imani's conflicted emotions as she feels a part of her family, yet strangers are often quick to judge the situation given that she is black in a family of white relatives. At times during the story I wished the author had spent more time developing Imani's thoughts on being black in a relatively white world.

I would highly recommend this book for readers ages 10-14. The book inspires young readers with more questions than answers by thinking about their past, ancestors and who they are.

The title The Length of a String refers to a unit of measurement, but also suggests there are connections between past and present, across an ocean, onward into the future and perhaps not all measurable. In the story Anna compares her connection to her sister Belle to the way you tie string between paper cups and whisper secret messages. Once they are separated Anna wonders how long that string can go.
Check our Elissa Brent Weissman's website for more about the author, her books and upcoming events. http://ebweissman.com/

Thanks to Elissa for her input for this review.

Some suggested classroom activities include:
1 Discussion questions for Length of a String can be found at
http://ebweissman.com/wordpress/wp-content/uploads/2019/01/Length-of-a-String-discussion-questions.pdf
2. Research and construct a Genealogy/Family Tree can be found at
http://ebweissman.com/wordpress/wp-content/uploads/2019/01/Length-of-a-String-family-trees.pdf
3.  Research a site e.g. ancestry.com   looking at your family roots.

4. Creative Writing- Give each student a different length of string. Have them write a list of the properties of it e.g. it's cotton string, is _______long, it's cream colored and some uses for it are a string for a balloon, to hang decorations, tying up a package
After the list is completed develop the list into a poem or write a creative piece starting with the words of the book title The Length of a String.
5. Interview a grandparent or an older family member on their experiences being a middle schooler/preteen/ highschooler.
6. Explore immigration and refugee and the home front during World War II topics.

We’d like to also give a shout-out to MCBD’s impressive Co-Host Team who not only hosts the book review link-up on celebration day, but who also works tirelessly to spread the word of this event. View our Co-Hosts HERE.

TWITTER PARTY Sponsored by Make A Way Media: MCBD’s super-popular (and crazy-fun) annual Twitter Party will be held 1/25/19 at 9:00pm.E.S.T. TONS of prizes and book bundles will be given away during the party. GO HERE for more details. 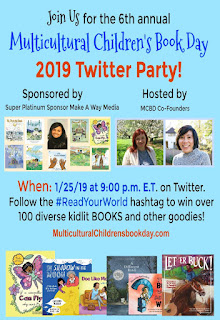