Condensed Cream of "Something" Soup Mix and Oatmeal Cake

Condensed Cream of "Something" Soup Mix.

Cook's notes:
This idea is brilliant! (found on Pinterest, Allrecipes.com and Taste of Home ) "Cream of Something" substitute for all those recipes that call for condensed "cream of" soups.
Sorry Campbells, now I won't need you anymore with high salt and fat content found in the cans. This cream of "something" soup is a dry mix for when you need some cream soup for a recipe.
I made a large batch and keep it in the pantry. As you can see the recipe is taped on the outside. (so I don't lose it) 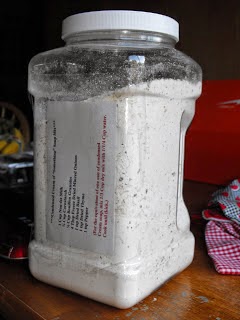 Cream of "something" soup recipe
Ingredients:
Directions:
Serving ideas
Make up a bowl of soup and add in leftover chicken or asparagus, add to a casserole same as  you would for canned soup or making a quick gravy.
Cooking tip: I've found if using a microwave it is best to heat the water in the microwave to not quite boiling, stir in the mix and then cook on a lower power level til thickens. 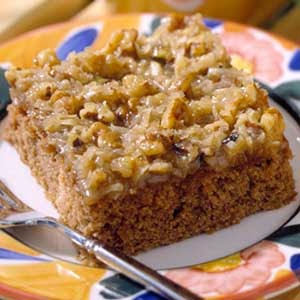 Irene's Oatmeal Cake
Cook's notes:A change in temperatures bring out some cool weather classics.  A lake neighbor from many years ago once shared her signature recipe with me. I actually knew where to find it. Since she covered the recipe card with a plastic sleeve it was in mint condition minus my black ink additions. 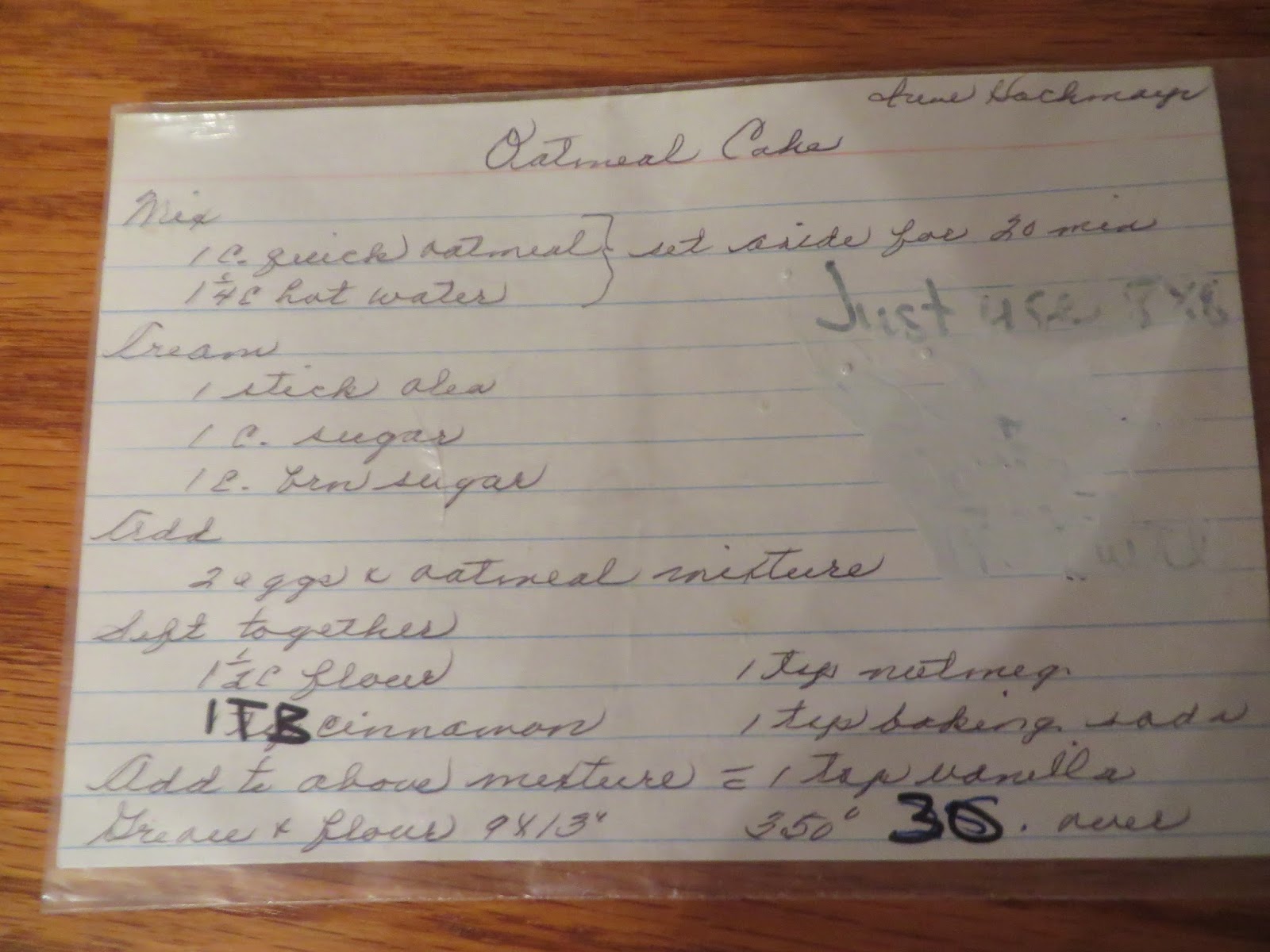 This moist, coconut-and-walnut-topped oatmeal cake is the highlight of any get together with neighbors or family.
Ingredients
Directions: