It's the birthday of two men who were born on exactly the same day in 1809: Charles Darwin and Abraham Lincoln. Author Judy Blume was also born on February 12, but in 1938. 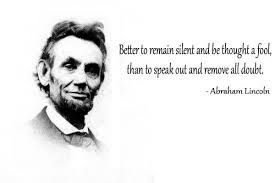 Little Known Facts About Abraham Lincoln
Lincoln is enshrined in the Wrestling Hall of Fame. Defeated only once in approximately 300 matches, Lincoln reportedly talked a little smack in the ring. According to Carl Sandburg’s biography of Lincoln, Honest Abe once challenged an entire crowd of onlookers after dispatching an opponent: “I’m the big buck of this lick. If any of you want to try it, come on and whet your horns.” There were no takers. Lincoln’s grappling exploits earned him an “Outstanding American” honor in the National Wrestling Hall of Fame.


Lincoln created the Secret Service hours before his assassination. On April 14, 1865, Lincoln signed legislation creating the U.S. Secret Service. That evening, he was shot at Ford’s Theatre. Even if the Secret Service had been established earlier, it wouldn’t have saved Lincoln: The original mission of the law enforcement agency was to combat widespread currency counterfeiting. It was not until 1901, after the killing of two other presidents, that the Secret Service was formally assigned to protect the commander-in-chief.
John Wilkes Booth’s brother saved the life of Lincoln’s son. A few months before John Wilkes Booth assassinated Lincoln, the president’s oldest son, Robert Todd Lincoln, stood on a train platform in Jersey City, New Jersey. A throng of passengers began to press the young man backwards, and he fell into the open space between the platform and a moving train. Suddenly, a hand reached out and pulled the president’s son to safety by the coat collar. Robert Todd Lincoln immediately recognized his rescuer: famous actor Edwin Booth, brother of John Wilkes.

Lincoln is the only president to have obtained a patent. Benjamin Franklin isn’t the only American political leader who demonstrated an inventive mind. After being aboard a steamboat that ran aground on low shoals and had to unload its cargo, Lincoln, who loved tinkering with machines, designed a method for keeping vessels afloat when traversing shallow waters through the use of empty metal air chambers attached to their sides. For his design, Lincoln obtained Patent No. 6,469 in 1849.

Charles Darwin Married His First Cousin Emma Wedgwood. The couple was married for 43 years before Charles passed away. The Darwins had 10 children total, but two died in infancy and another passed away when she was 10 years old.
He was an Abolitionist.
Charles Darwin Influenced the Early History of Psychology. The reason Darwin is the most celebrated of the contributors to the Theory of Evolution is because he was the first one to identify evolution as a process and offered an explanation and a mechanism for the changes that were occurring. When psychology was first breaking away from biology, the proponents of functionalism modeled their ideas after Darwin's way of thinking. This was in stark contrast to the existing structuralism line of thought, and brought about a new way of looking at early psychological idea. 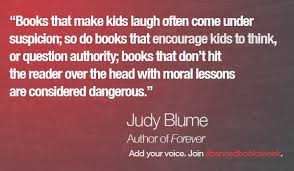 Judy Blume,writer of juvenile and adult fiction. Founder and trustee of KIDS Fund, 1981. She is 80 today! Hard to believe for me.

Since she published her first book in 1969, Blume has become one of the most popular and controversial authors for children. Her accessible, humorous style and direct, sometimes explicit treatment of youthful concerns have won her many fans—as well as critics who sometimes seek to censor her work. Nevertheless, Blume has continued to produce works that are, according to critics, both entertaining and thought-provoking.

Many critics attribute Blume's popularity to her ability to discuss openly, realistically, and compassionately the subjects that concern her readers. Her books for younger children, such as Tales of a Fourth Grade Nothing, Blubber, Otherwise Known as Sheila the Great, and Soupy Saturdays with the Pain and the Great One, deal with problems of sibling rivalry, establishing self-confidence, and social ostracism.

Books for older readers, such as Are You There God? It's Me, Margaret, Deenie, and Just as Long as We're Together,consider matters of divorce, friendship, family breakups, and sexual development while Forever specifically deals with a young woman's first love and first sexual experience. Whatever the situation, however, Blume's characters confront their feelings of confusion as a start to resolving their problems. 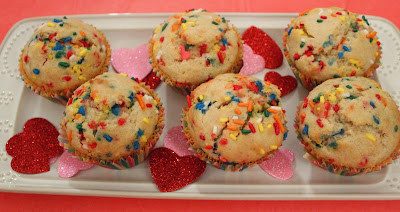 Celebrating three notable birthdays today deserves a noteworthy recipe perfect for your Valentine breakfast Sprinkle Birthday Cake Muffins.
Cook's notes: It's a fun recipe to get your kids involved in  the kitchen. Everyone deserves a few sprinkles to put a little pizzazz into your day.  And no mixer is needed for this recipe! Look for rainbow colored paper liners.
Recipe makes 10 muffins.
Ingredients: 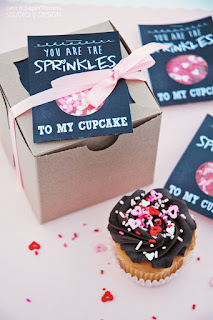 Check out the link below for how to...
http://www.pnpflowersinc.com/2013/02/FREEValentinesDayCardsChalkboardArt.html