Wild Wild West Steampunk Convention (WWWC) is America’s first and only Steampunk convention and festival that takes place in a western-themed town and amusement park, Old Tucson. It's a movie studio and amusement park built in 1939 that was featured in over 300 movies and several TV shows. It is located adjacent to the Tucson Mountains and close to the western portion of Saguaro National Park. Concerts, street performers, special events, panels, workshops, rides, games, and much more took place over the weekend. It was a  field trip destination for the Green Valley Camera Club and offered multiple photo opportunities. 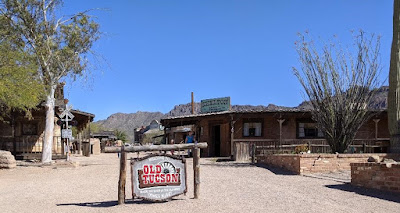 Just in case you are unfamiliar with the term steampunk-let me bring you up to speed.
Steampunk is an alternative hybrid clothing design and jewelry that's a fusion of alternate history, retro-futuristic science fiction, and Victorian nostalgia. Indeed it's an art form, a way to express your creativity where imagination simply knows no bounds.
Another way to think about Steampunk fashion as a mixture of the Victorian era's romantic view of science in literature and elements from the Industrial Revolution in Europe during the 1800s. The world of Steampunk is currently enjoying a renaissance in the world of jewelry design. Designers cleverly combine antique components, hardware like watch pieces, cogs, rivets, gears and other gadgetry with brand new items to create modern pieces with a vintage flair.

Steampunk fashion is designed with a post apocalyptic era in mind. It consists of clothing, hair styling, jewelry, body modification and make-up using a variety of materials, metal and leather. Each outfit had a unique style and no two were alike.

All the outfits in the following photos appeared to be handmade. Note the detailing on each outfit from top to bottom, front to back appeared to be carefully thought out. Many emporium tents were set up selling a variety of accessories. The theme for this convention was magic and mystery and I was there for  Harry Potter Day. Lucky me :)

You might say this entire event was like a Halloween party but for the "big kids." Goggles, spy glasses and lacy parasols seemed to be popular items. Goggles are a part of the steampunk "uniform" as goggles are a trademark/icon/symbol of the Victorian age.
I found all steampunkers were more than happy to stop and pose for pictures. 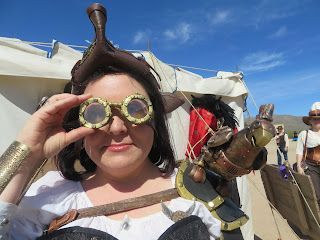 What a fun day to see so many happy people just enjoying the day with like minded people and their camaraderie. 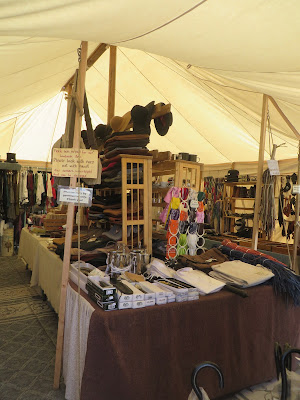 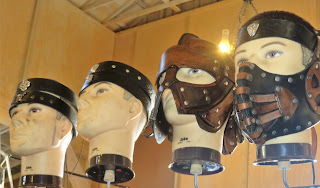 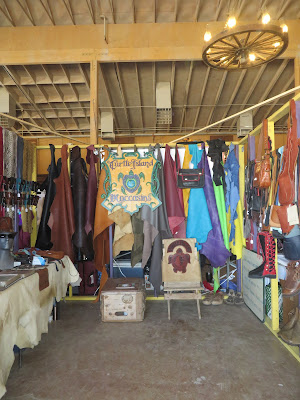 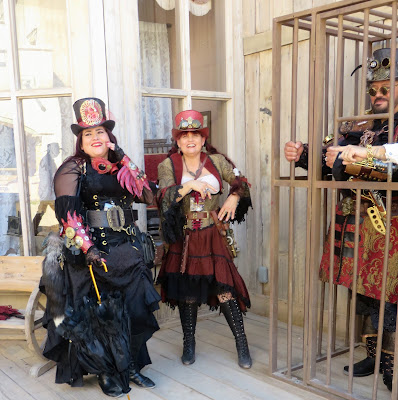 I took over 100 photos and had a difficult time choosing for this posting. I was in awe strolling around for this event as there was so much to see and take in. 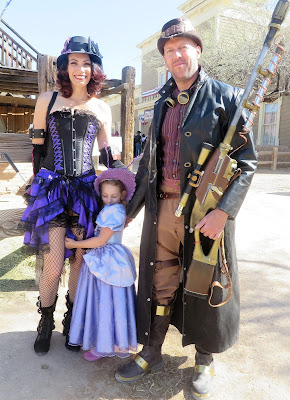 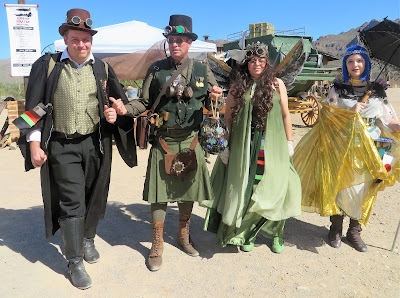 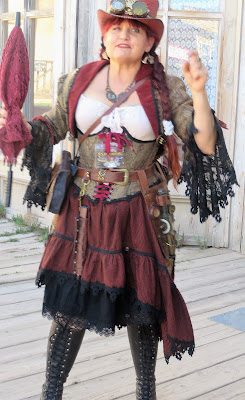 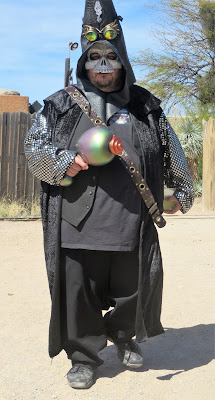 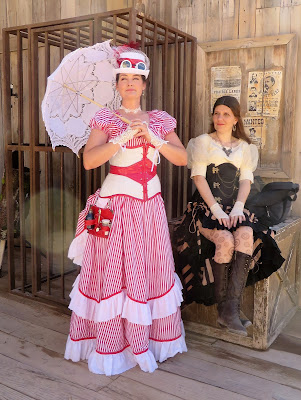 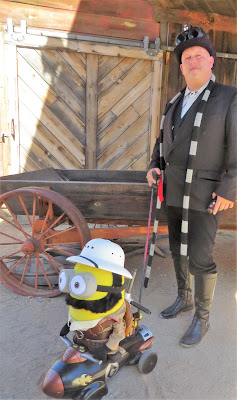 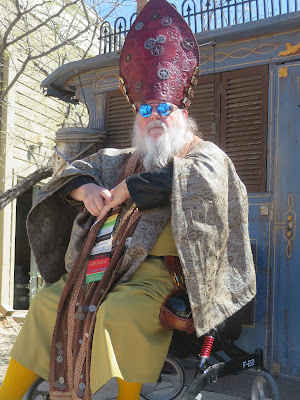 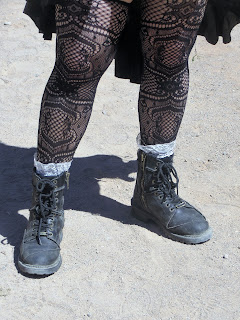 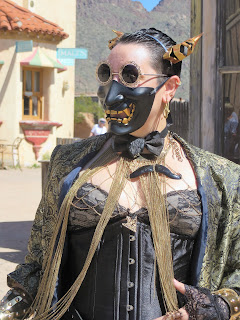 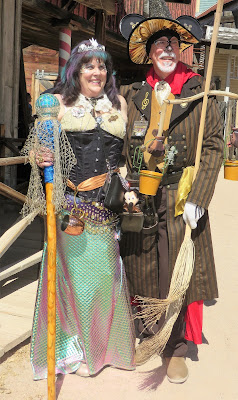 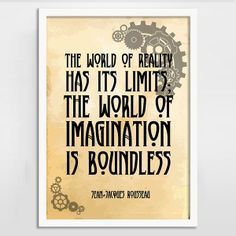