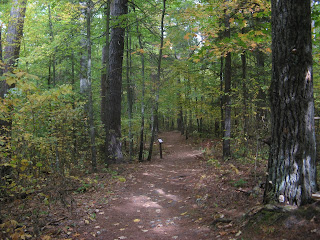 Keep close to Nature's heart... and break clear away, once in awhile, and climb a mountain or spend a week in the woods. Wash your spirit clean.

John Muir, Scottish-born American
Naturalist, author and Sierra co-founder
April 21, 1838-December 24, 1914
Muir was an early advocate of the preservation of wilderness in US. He was an ecological thinker, political spokesman and religious prophet whose writings became a personal guide into nature. His writings led to the creation of Yosemite, Sequoia, Mount Rainer, Petrified Forest, and Grand Canyon National Parks. Today he is referred to as "The Father of the National Parks". 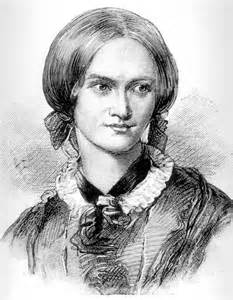 Charlotte Bronte, English novelist and poet
April 21, 1816-March 31, 1855
Charlotte was the eldest of the three Bronte sisters. She wrote the novel Jane Eyre under the pen name of Currer Bell.
Bronte is known for writing long narrative proses. The following lines are the first few from a poem titled "Retrospection." There are 177 more lines after these.
We wove a web in childhood 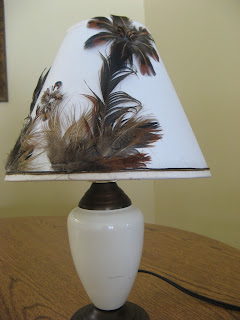 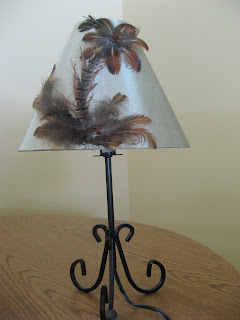 These repuropsed lamps were my bargain purchases for the week at $28.00 each. The lamps could easily be duplicated with a little imagination and creativity on your part. The bases were from a thrift store with a shade added with glued feathers in an artistic creation. The top photo shows a thin braided piece glued around the base of the shade. You could also scour flea markets and antique stores for lamps. Fabric and craft stores are a good source of decorative items that could be glued on shades if feathers are not available.
at April 21, 2013