It doesn't take much to motivate me to bake. And the fact that I actually saw sunlight and green grass today was truly cause for a celebration. 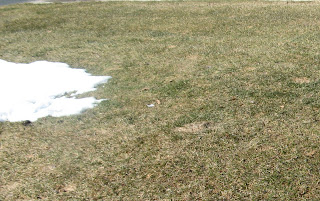 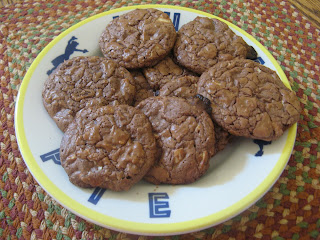 Chocolate Crackled Cookies by McCormick gourmet.com
Cook's notes: I came across this recipe in a magazine. It called for a spice which I actually had Roasted Saigon Cinnamon. It also called for 1 teaspoon of McCormick Chile Pepper Ancho spice which I did not have so I omitted it. But certainly that spice would take up the flavor a notch. If I did have it would cut back  to 1/2 tsp. I added in chunks of white chocolate  to the batter instead of using chocolate chunks. These cookies were crunchy and with the type of cinnamon used was just the perfect compliment to the rest of ingredients. Consider adding this cookie recipe to your folder.
recipe was adapted from McCormickgourmet.com
Makes 2 dozen cookies
Next recipes posted will be a Moroccan Chicken dish and Moroccan Beef Stew. Both recipes use Roasted Saigon Cinnamon.
Ingredients:
Directions:

Robert Penn Warren
April 24, 1905
America's first official poet laureate February 26, 1986
Though regarded as one of the best poets of his generation, Warren was better known as a novelist and received tremendous recognition for All the King's Men, which won the Pulitzer Prize for Fiction in 1947.
Evening Hawk
by Rober Penn Warren