I decided to follow my own advice from yesterday and explore some of the top contemporary poets as listed from poets. org. I then fell under the spell of Mary Oliver's poems and quotes. Each one displays a sense of tranquility and closeness to nature. 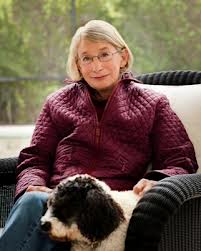 Mary Oliver poet and author
Mary Oliver's poetry is grounded in memories of Ohio and her home in New England near Provincetown where she moved to in the 1960's. Her poetry has been influenced by both Whitman and Thoreau. She is known for her clear and poignant observances of the natural world. Her creativity is stirred by nature. Oliver is an avid walker, often pursues inspiration on foot. Her poems are filled with imagery from her daily walks near her home.

Oliver has also been compared to Emily Dickinson with whom she shares an affinity for solitude and interior monologues. Her poetry combines dark introspection with joyous release. Oliver finds the self is only strengthened through an immersion with nature.

Oliver's honors include fellowships from the National Endowment of the Arts (1972-1973) and the Guggenheim Foundation (1980-1981). She has also received an American Academy and Institute of Arts and Letters Achievement Award, a Lannan Literary Award, the 1991 Christopher and L.L. Winship/PEN New England Awards, and the Poetry Society of America's Shelley Memorial Prize

“Tell me, what is it you plan to do
with your one wild and precious life?”

“I don't want to end up simply having visited this world.”

Poetry tip for the day: Enjoy a book of poems by Mary Oliver

It doesn’t have to be
the blue iris, it could be
weeds in a vacant lot, or a few
small stones; just
pay attention, then patch

a few words together and don’t try
to make them elaborate, this isn’t
a contest but the doorway

She has a new book out "Murder by Chance." In this book she uses her sense of humor to tap into the casino culture with the eyes of an insider. Can three scrappy, single women of varied ages find happiness in a new travel business specializing in casino junkets? All bets are off when Betty Chance finds a body in a tour bus that arrives at the casino hotel.
Dennis has enjoyed a long career as a public speaker and a stand-up public speaker. Her numerous short stories and humor have appeared in many publications. Dennis is from the Twin Cities area. 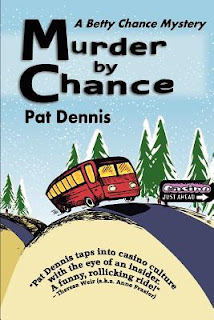 You will certainly enjoy the lively adventures of Betty Chance, her niece Lori  and  Tillie, the tour bus driver.